Say hello to my little friend... 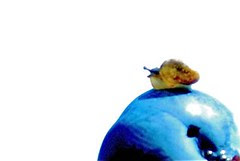 So finally, autumn has arrived; fruits are ripening, the air is getting cooler, the trees are changing colour, the wind is picking up, and the sea is getting choppy. And this little baby snail was having a grand old time on one of the blueberries the kids and I picked earlier this week, our first batch of blueberries this year. The main crop is yet to come, but the ones we've had so far have been delicious.

As you can see, the snail agrees.

Given the theme of the season, first fruits have been high on the agenda for our celebrations, so there's been a lot of fruit picking and tending of vegetables recently. The last week or so has seen the ushering in of some successes - blueberries and blackberries, along with the first harvest of my very own onions and beetroots - along with a multitude of flail. The biggest fail has been the broccoli so far - there's still quite a few things yet to ripen, but the broccoli came along great until I decided that nooooo, it didn't look like it does in the shop, so it'll surely bush out a little if I leave it.

Not so much. But the flowers are pretty. Cheerfully yellow, in fact.

The actual celebrations started on Thursday evening, with the main event taking place on Friday, and the usual was had - feasting and rites, baking and harvesting. Since it all happens to have coincided with Tom starting school, and Rosie starting nursery, we've naturally been afflicted with the lurgy (or a cold, in common parlance) within the space of a week, so our communal efforts were somewhat muted. I'd had high hopes for our games and the things we could all do together, but with us all being under the weather, and Rosie in particular, there was a limit to what we could do.

So with the kids there was fruit picking and marvelling at spiders, followed by scooter races (somewhat short-lived due to frayed and lurgied sensibilities of somebody having to actually lose...), and all sorts of competitions the kids were keen on taking part in. Mr Seren was out for the evening, so before bedtime and after the feasting, we had a dance-off, too, and picked some flowers from the garden for seasonal decorations. Although as far as the dance-off was concerned, I'm not sure Tom's penchant for break-dancing versus Rosie's current obsession with ballet was an entirely level playing field.

To start it all off, though, I did some experimenting with the struan recipe I tried a while ago, and had a much better outcome this time. Behold! 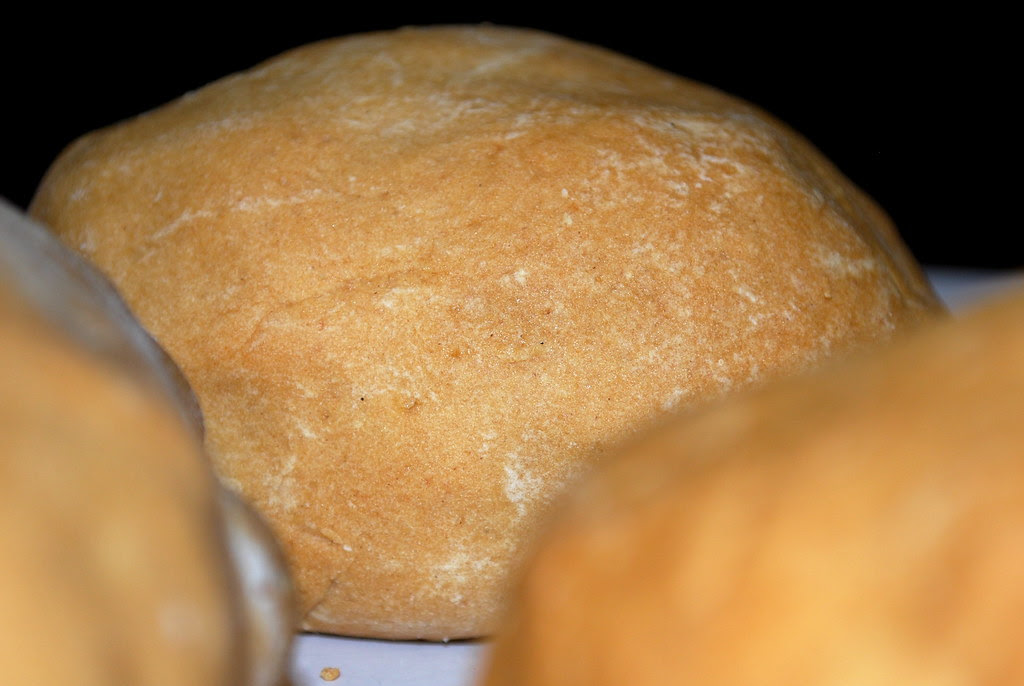 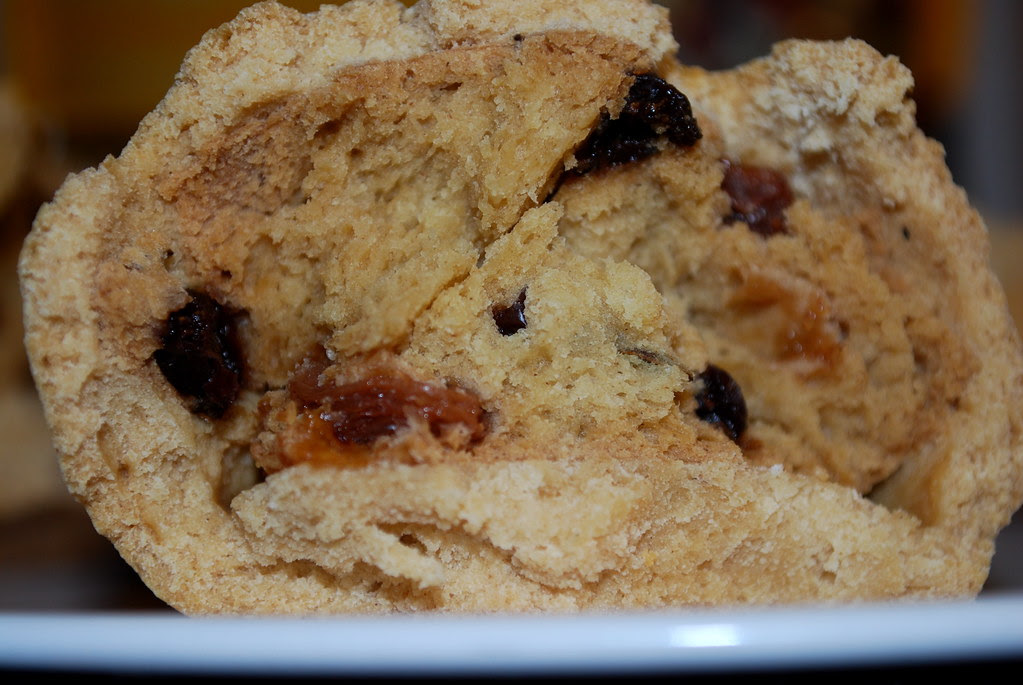 In my first attempt I did it too thick, and wasn't sure if making a dough for the coating was really workable so tried a paste instead. The results were passable, but kind of bricklike once cooled...I figured that I should try them much thinner this time, and kind of succeeded in that respect, although based on the treacle bannocks I've seen, that are popular in the Dumfries and Galloway area, and seem pretty similar in style, they should still be a wee bit thinner if possible. And for the coating, given the recipe I was using (from Margaret Fay Shaw), I figured the description of a dough was for a reason, so a dough I'd try. It was a little fiddly, but worth it; even when they've cooled, they're still edible.

The struans I made on Thursday evening, with the games and feast scheduled for the day after. I was hoping to go brambling with the kids during the day of our 'official' celebrations, but that never happened, given their lurgied and somewhat miserable state. Still and all, there was much excitement about our feast, and the blackberry, raspberry and blueberry crumble that was to follow for dessert in particular. It didn't look like much, but it was tasty.

We had the grand unveiling of our latest seasonal picture, as well, which we did during the week. I ended up going for the apple tree idea, and decided to make the tree itself out of modelling clay, so while I sculpted a vague approximation of a tree shape, Tom and Rosie decided they'd much rather make their own sculptures. Rosie ended up with a vase (with a little help from me to shape it), and Tom ended up with a blob, that he then cheerfully decorated to look like a hillock with a big loch in the middle. Me, I did the tree and decorated it with (vague approximations of) triskeles, and got the kids to help me paint and glitter up some tiny shells we'd collected from the beach, to make the Otherworldly apples: 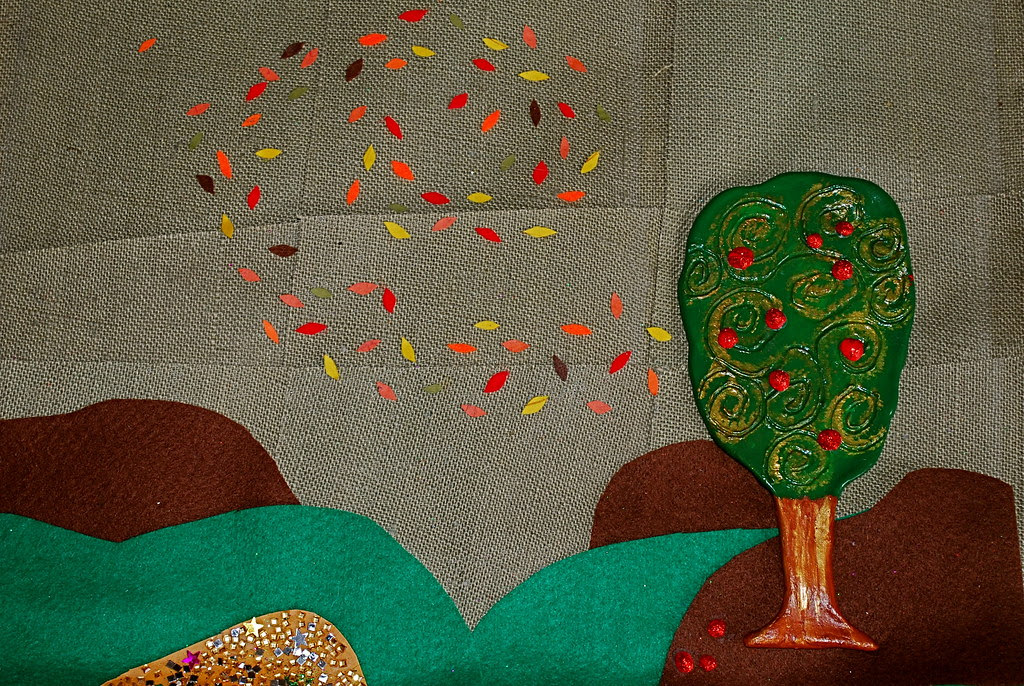 With the feasting and fun done, the kids in bed and Mr Seren out for the evening, I got down to my personal devotions. Usually I like to go to a local promontory to make offerings, but not being able to leave the kids, I had to make do with offerings in the garden. I sained the house and was going to make some rowan charms but my rowan has gone missing. Instead, I had to make do with fixing a charm that had come apart a little during the recent redecoration of the living room, and I decided to use a red cow-shaped bead to make a charm for my hobhouse. It's about the only place I haven't made a charm for, so even though it was a complete whim, it seemed rude not to do something once I'd thought of it.

I made my devotions to Lugh and even tried my hand at some (bad) praise poetry. Which was well-received, I think, if only for the fact that I was probably being humoured for my honest intent on that score at the least. But all in all, it felt good to be celebrating; it felt good to be finally doing after waiting for so long. Sometimes I think that in a way, this festival is a lesson in patience for me. After sowing, growing, tending and waiting, that final point of ripening seems to take forever, but the end result is always something to look forward to.

Sleep was restless and broken when it came, and I woke up ridiculously early. After wasting an hour trying to kid myself that my headache would miraculously disappear and I could sleep again, I got up around 5.30am and went in search of painkillers, and then as I was ruminating hopefully on my impending pain relief I went to the window and saw a fox happily chomping down on the lamb joint I'd left out as an offering, with Grumble (one of our cats) sat nearby, watching, as if to say "I could have that off you if I wanted to, you know."  Even though it could see me watching, it wasn't phased, just threw a glance or two my way while it ate. The fox took its merry time, though, and sauntered off underneath the fence once it was done.

Email ThisBlogThis!Share to TwitterShare to FacebookShare to Pinterest
Labels: lunasdal