Where clouds are made...

There's something about this time of year that makes it both the best and the worst of the seasons for me. On the one hand we get the bitter winds that chill you to the bone, the endless grey skies and dreary rain, frosty mornings and black ice just lurking in the most inconvenient part of the road so you're guaranteed to slip over...

On the other, the sun is starting to get stronger and (on the rare occasion it comes out) when it shines you can feel it warming you up, and it all the moisture everywhere starts to evaporate and we get: 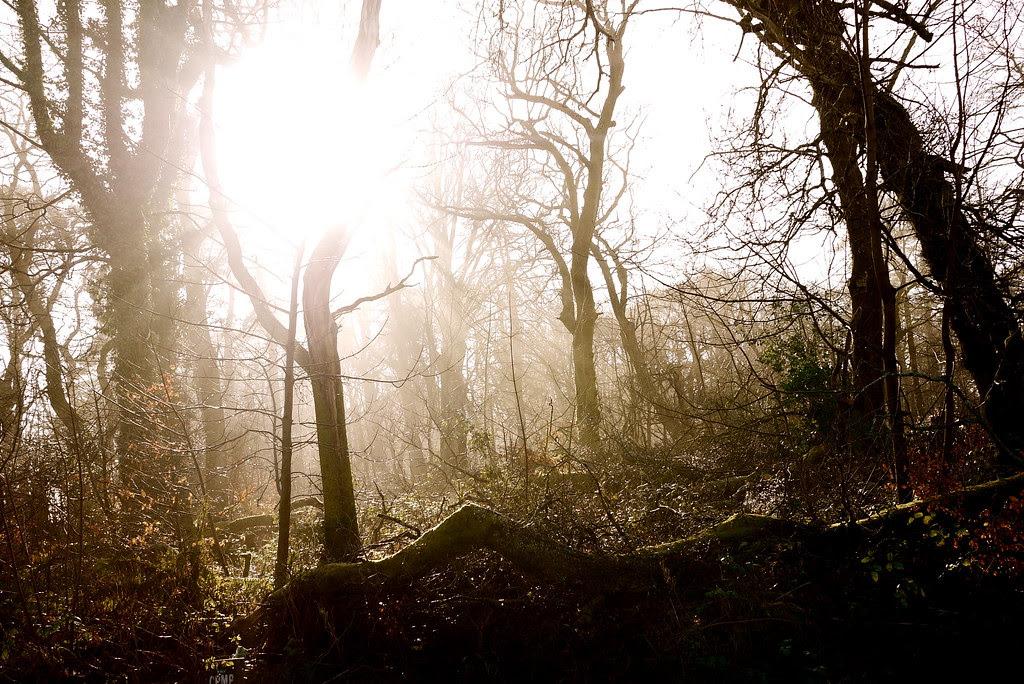 A place where clouds are made, where the land, sea and sky meets: 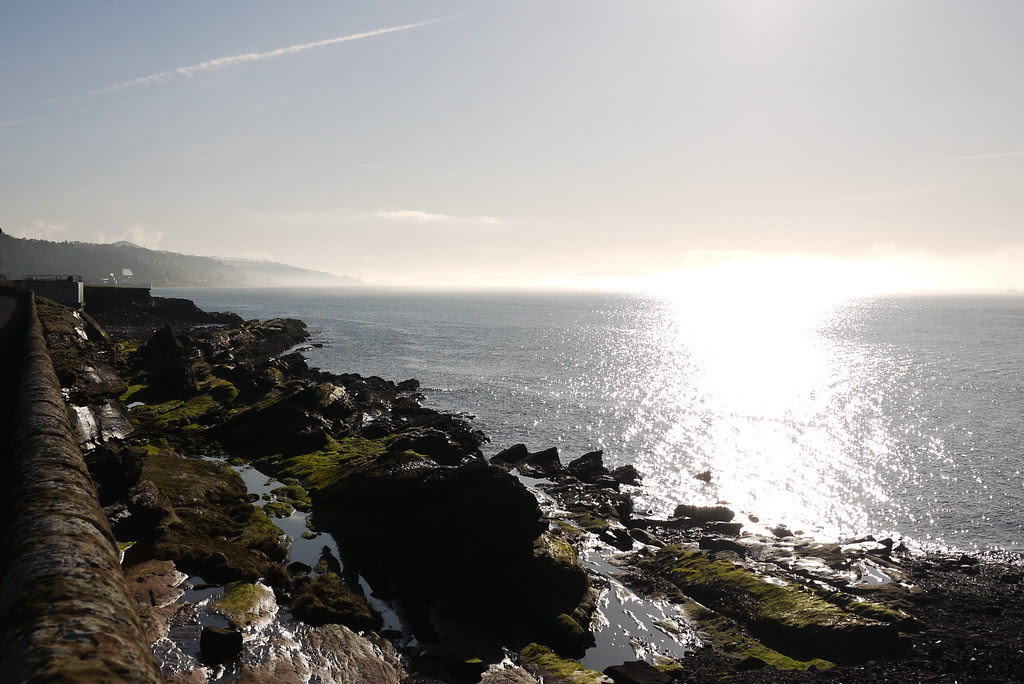 And then those clouds don't want to leave. For a while: 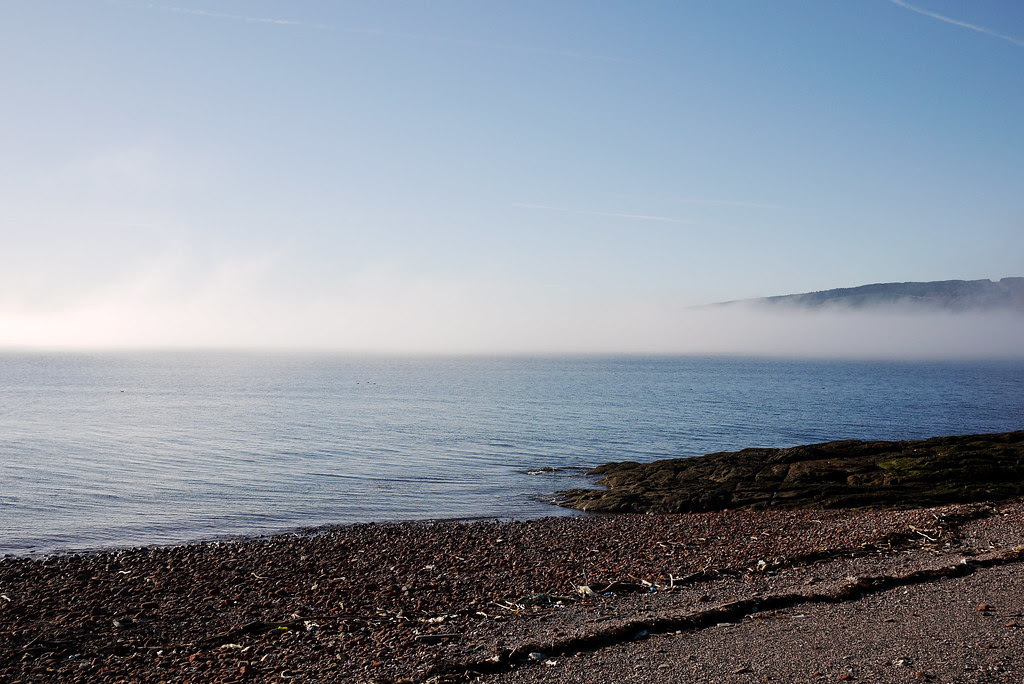 I've been wanting to go down to the beach for a while; the air, the view, the sun on my face...There's something restorative about it. I've come a long way to live with this view almost on my doorstep, in lots of ways, and now I don't get to enjoy it as much as I'd like. I can't remember the last time I came down here and it was starting to make me restless, wanting to get back here and make some offerings, breathe in some fresh air and peace. Ahhh, at last.

Along the way, with the dogs and Rosie in tow, we marveled at how the mist was rising from the trees and the grass up into the sky, and I took Rosie on an adventure along a seekrit path where I showed her one of the amazing hidden things that kids should know about for when they're old enough to go off by themselves. The old steps to nowhere: 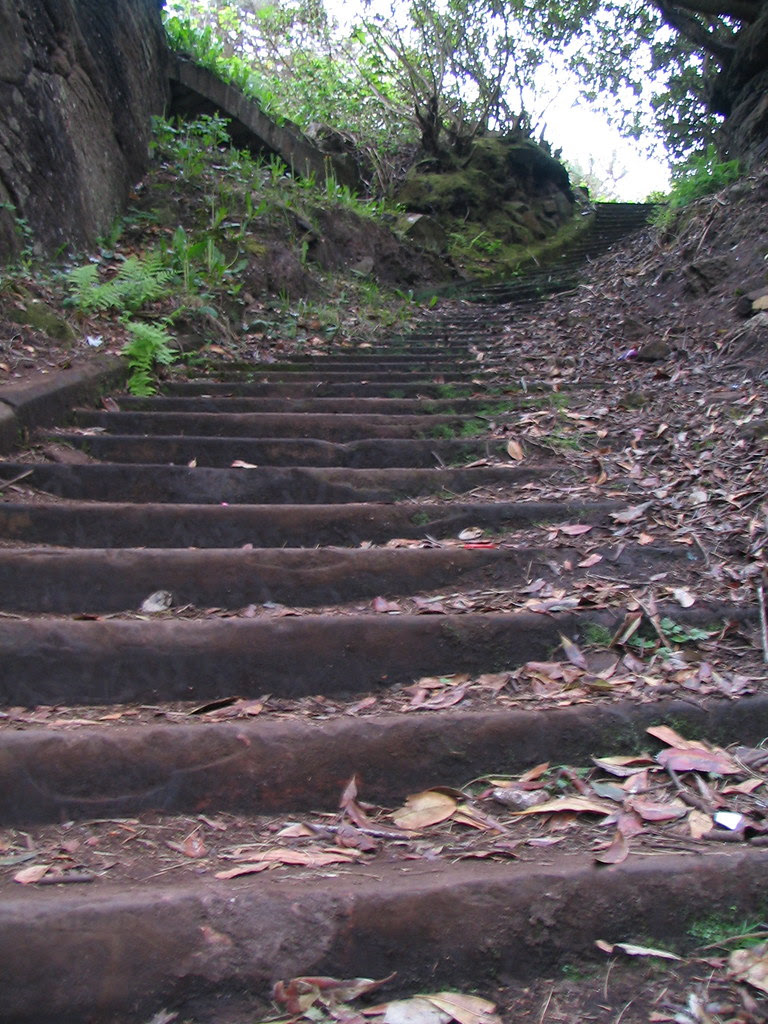 They really don't go anywhere, there's just a bit of greenery at the top, and then it's fenced off for gardens. Where it used to go I'm not sure either, but there used to be a castle round here somewhere and it's probably part of the old grounds. Now it's just home to the gangies and dens, the castles of kids' imaginations.

And on we walked down towards the sea. As part of kicking myself back into gear I'm going to try to take a walk around the village at least once a week so I can get back into making my offerings at certain points around the place. I might not always manage it, but something is better than nothing.

On our way home, we found a shiny green square of thick glass (some sort of tile or something) on the pavement; treasure as far as Rosie's concerned. Much nicer than stumbling across a dead crow in the middle of the street, as far as I'm concerned.
Posted by Seren at 22:57 No comments: