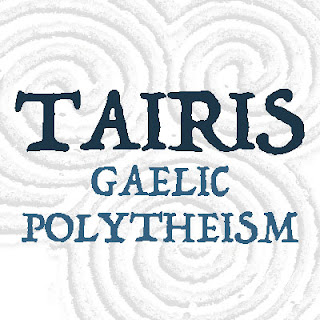 It's been almost a year since I overhauled and updated the Tairis site, which was much-needed and very belated after a catastrophic outage that pretty much broke everything (while I was on holiday, no less...).

So last year, when I was updating and re-coding every single damn footnote by hand (never have I regretted my attempts at being thorough in my research more!), I decided that there was one page that wasn't really serving much purpose anymore – the "Article Downloads" page. I decided not to bother including it.

When I first made the page, there was no such this as academia.edu and JSTOR didn't offer public access, so finding decent articles freely available to read was something of a rarity. As such, I figured it would be useful to make a list of articles I'd found that might be of interest to my fellow Gaelic Polytheists. By the time I got to updating the site last year, I figured there was so much more that was available now, it was too much of a big job to try and maintain that page.

Since then, I've had a change of heart – not least because I've been reading some new publications that I've been really enjoying. In particular, I've been lucky enough to get a review copy of Mark Williams's new book Ireland's Immortals: A History of the Gods of Irish Myth (and I'll be reviewing it in due course), which has resulted in my spending a small fortune on even more books for my already over-stuffed bookshelves, alongside some furious googling to see if I can find some of the articles that are referenced in the footnotes (I've sadly not been as successful as I'd hoped to be...). At a certain point, it became clear that a new list of articles was going to be useful to me, so I figured might as well make a new one for the website.

So here it is: Articles.

I can't exactly call it "Article Downloads" anymore because the nature of JSTOR's open access is that you can view, but you can't keep, the articles that are made available to you. It's still an amazing resource, though, and signing up for a free account is easy enough (or it was when I did it...).

There are plenty of articles that I would recommend and list on the page, but I'm unable to. Unfortunately, not everything is freely available to read online if you don't have access via an academic institution; journals like Celtica, Peritia, Studia Celtica, Éigse, and Zeitschrift für celtische Philologie frustratingly don't offer much, if anything, to the great unwashed like me and most of you... For the remainder that is available, I've been pretty selective in my listing. I try to make sure that what's there is reliable and useful, and there's a lot more out there that isn't so reliable. If there's something you think is missing then I'd love to hear from you!
Posted by Seren at 13:13 No comments: