My brain is rebelling against the thought of going into great detail about what I did for Bealltainn (and it's pretty much the same as I always do, so there's not much more I can add...), so suffice it to Bealltainn was a farily low key celebration, but a much needed one.

There was butter-making and gardening: 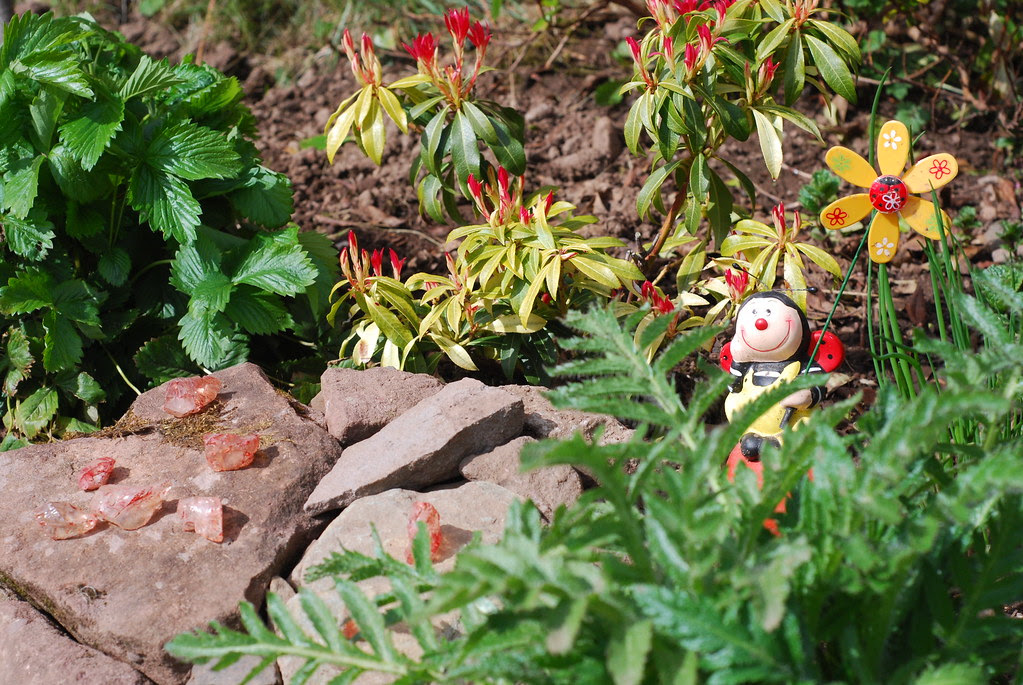 Rosie decorated the cairn and decided the ladybird should be its official guardian and I put a cowslip in by the pond, as a festive Bealltainn decoration: 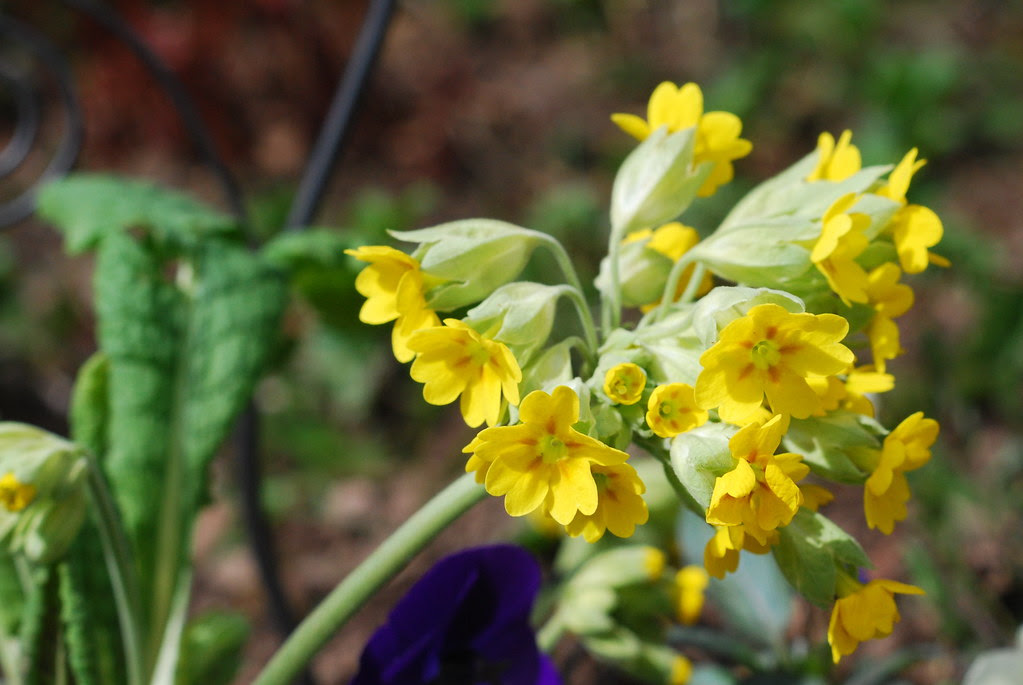 And so far it's looking quite festive and not under attack by slugs (yet)...

On the eve, feasting was had, ritual was done, offerings were made, the house was sained, plants blessed with the last of the water skimmed at Bealltainn last year, and charms were hung: 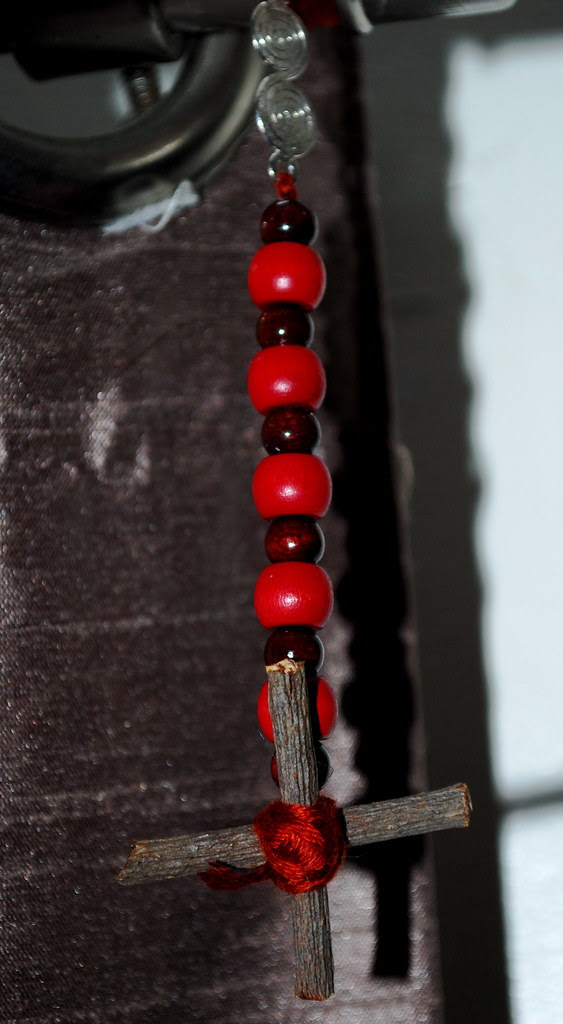 Bannocks and caudle were also made and offered (or sort of - I ran out of oatmeal for caudle, so had to make do with custard), and there was peace. As I sat outside as the sun began to set and watched the rooks come for the offerings, I found a stillness and peace in all the possibly maybes I seem to be wallowing in once again over what might be happening this summer with Mr Seren's work. There was a moment when a rook flew down and landed on the trellis and just stared at me for a while, as I stared at the rook before it hopped onto the terrace for a tidbit and flew off again. The sun came out and the wind died down, and there was just the evening chorus, the sound of kids playing in the distance and the warm, sweet air.

And once the summer was well and truly welcomed in, up went our summer mural, that we'd been working on during the week: 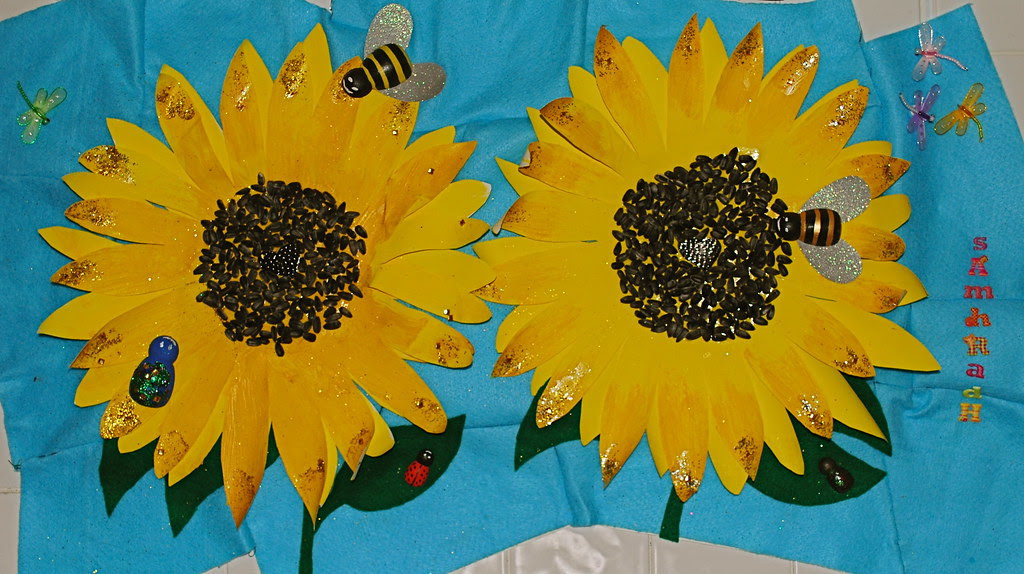 I was trying to avoid yet another floral theme, but the sunflowers were Tom's idea, because we were given sunflower seeds for Rosie's birthday and the kids have planted some. Tom decided that summer to him was about sun and flowers and bees, so this is what we came up with - I cut the shapes, they painted and glued, and I sewed the patchwork of felt to make the sky for the background. Rosie and I did the bugs (except for the dragon flies...), and of course there was the obligatory shiny stuff stuck on, too.

All in all it turned out exactly as I needed, I think. But other than that, I'm far too braindead to say anything intelligent about anything. And I've run out of coffee.
Posted by Seren at 14:08 No comments: