With a tip of the hat to Laurel for posting this on the Gaelic Polytheism group on FB:

Over the past five years, independent filmmakers have been recording the oral histories of 32 grandmothers from across Ireland. They have now assembled a landmark film archive which can be viewed at mothersofmodernireland.com.

The website's easy to navigate and the videos cover a number of subject like cures, ghost stories, sex, death, and emigration and immigration. I've only viewed a couple but there's some interesting stuff there. The direct link is:

Email ThisBlogThis!Share to TwitterShare to FacebookShare to Pinterest
Labels: in the news, useful links

The Cailleach's Lament (or not so much, yet)

I threw my druidic evil wand.
Into the base of a withered hard whin bush,
Where shall not grow 'fionn' nor 'fionnidh,'
But fragments of grassy 'froinnidh.'

So Là na Cailliche has come and gone and the Cailleach has given up her fight against the onslaught of all that's light and warm and fertile. Spring is officially here! Or...not so much, for many of us. The Friday just before Là na Cailliche we woke up to this: 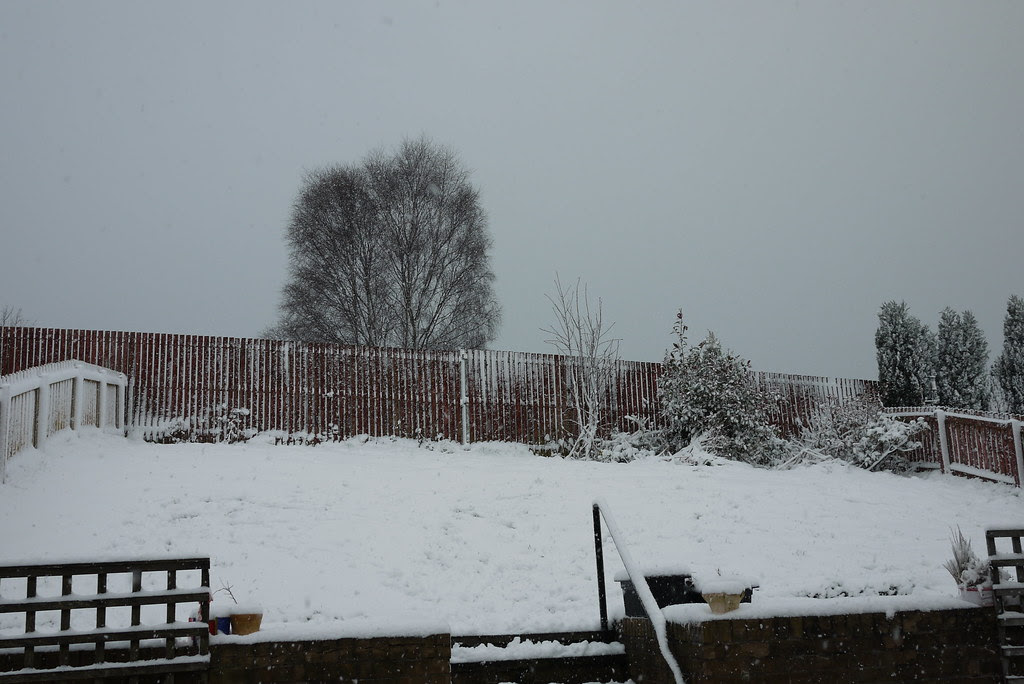 And it's yet to melt fully which is very unusual here on the coast - aside from the snow it's been very dry and cold so it hasn't been washed away. The brave daffodils who've dared poke their heads out so far are drooping mournfully, but the hawthorns are happily coming into leaf and don't seem to mind too much. Normally by this time of year the village would be covered in cherry blossom, though, wafting around the place on gentle breezes, but so far they've decided to hold off.

So winter's grip isn't going to be loosening just yet, it seems. We've got off quite lightly here – just across the Clyde, over in Argyll and some of the Islands (Bute and Arran), the amount of snow and the strong winds damaged the electricity supply – it seems to have dropped out of the news but the last I heard they'd been cut off for a good week or so and the electricity company was struggling to reconnect them.

There's more bad news than that, though; farmers in the worst affected areas here and on the Isle of Man and Northern Island are facing the potential loss of entire herds of livestock. The snow arrived just as the lambing started and many of the sheep got buried in snow drifts. If they didn't freeze or suffocate to death they were certainly facing starvation. The links above have some videos so you can see how bad things are; many farmers are facing huge losses this season.

It's one of those times when – here in my comfy house with central heating and electricity – I'm reminded that we're all still ultimately at the mercy of the elements. I've made my offerings the Cailleach, but it looks like that was a bit optimistic, all things considered.
Posted by Seren at 09:57 2 comments: