Not really a GP/CR oriented post, but I thought I'd post some pictures from our wee family day out yesterday, because we got to see some glorious scenery and thought it might be of interest to some of you. Living near the Highlands and Islands as I do, I don't get to see it anywhere near enough, except from afar, staring at it from the shores of the Clyde where I live, so we have some serious making up to do for that. Luckily for us, the weather was with us - sunny and warm, even if there was a little bit of an autumnal bite to it.

Last year when I travelled that way, it was kinda like this: 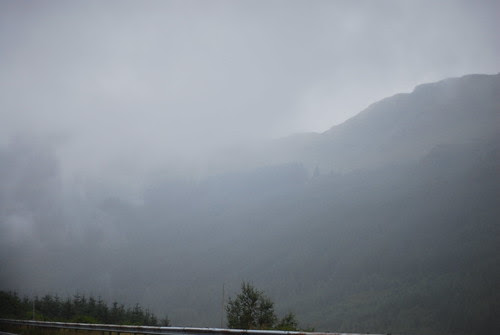 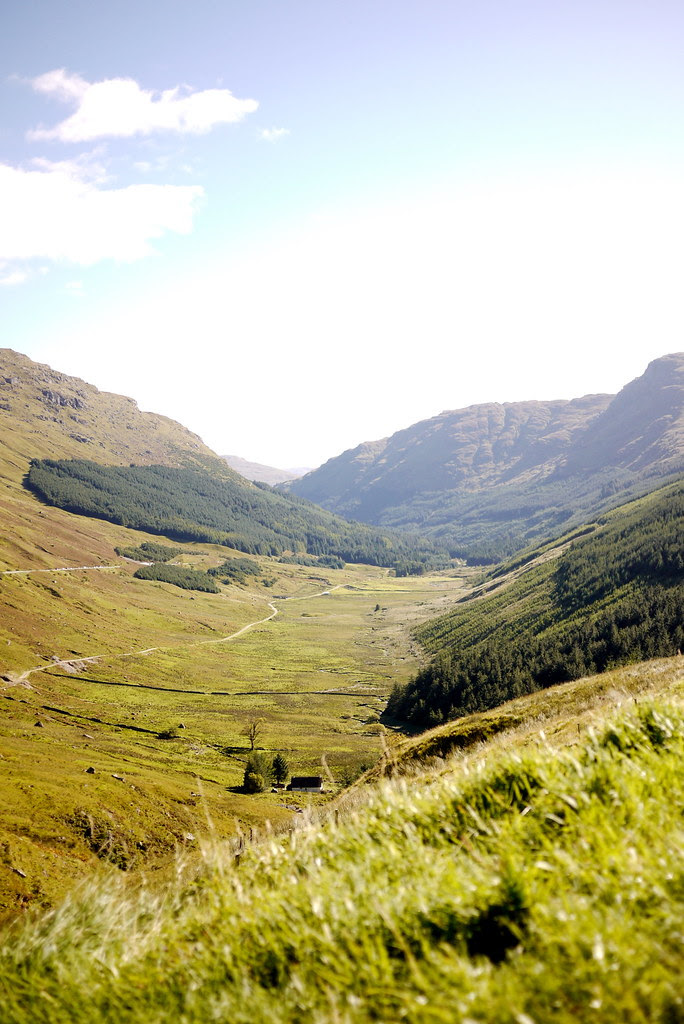 I'm fairly sure those two photos are from the same area, although not the exact same spot.

Our first stop, though, was Loch Long: 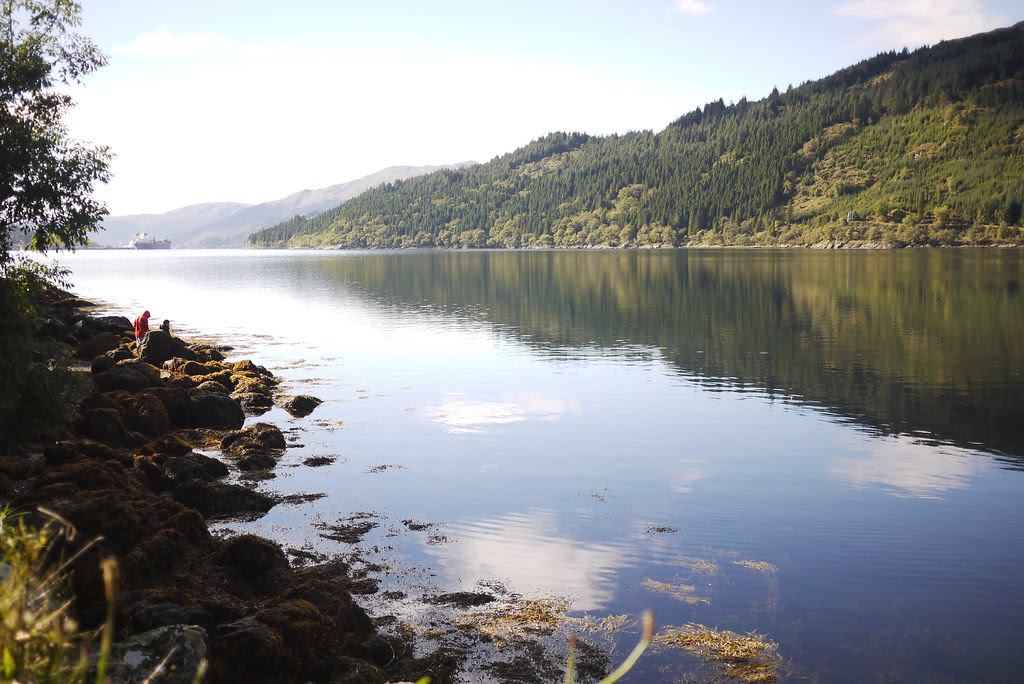 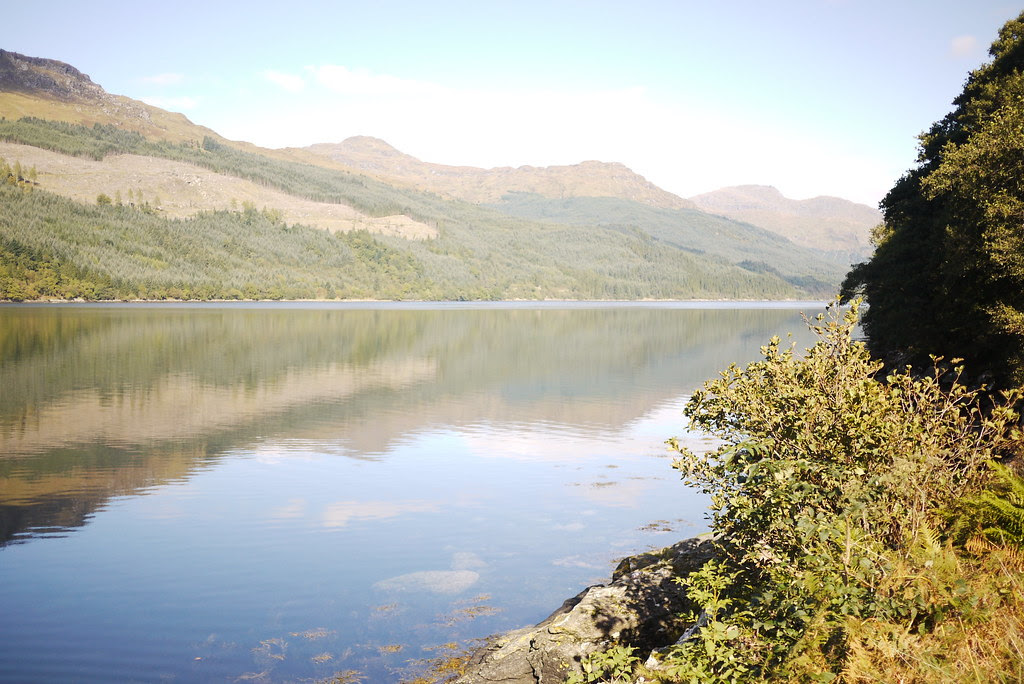 So peaceful and quiet - the Loch of the Ships (Loch Luing in Gàidhlig). And quite striking in that autumn seems to be lagging a few weeks behind us across the water - here where I am now, the trees are turning all kinds of yellows and oranges, reds and browns. But in Argyll - not more than 20 miles from me as the crow flies, but far more sheltered, I guess - the blackberries were still ripening and trees were still mostly green. It's an odd feeling, being somewhere that's really quite close, but so different.

We managed to get a little lost on our travels (not for the first time) and ended up parked beside a fourteenth century castle - Carrick Castle: 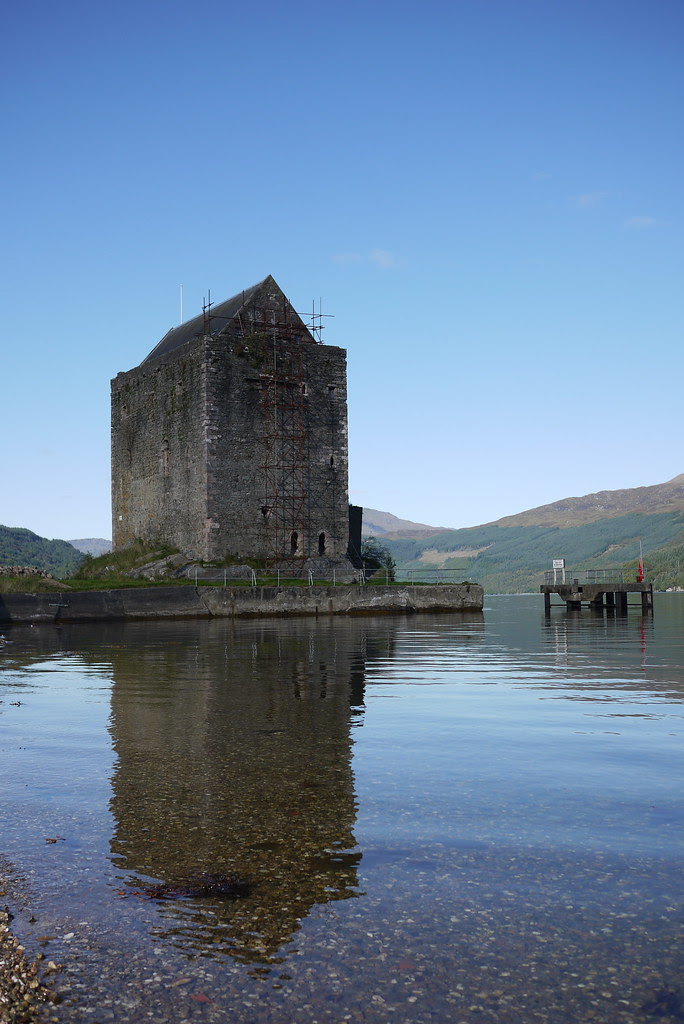 Bits of it are fourteenth century, anyway. It's built right onto a rock (Gàidhlig - carraig, hence the name 'Carrick') so in spite of its imposing presence from a distance, it looks a little precarious close up. Mary Queen of Scots stayed there once, apparently.

Again, it was so peaceful and quiet. The castle is privately owned now so we couldn't go in, but the shores around it are accessible and the kids got thoroughly soaked having a paddle. Eddie, our older dog, impressed the locals with his obsession for rescuing sticks and pebbles from the loch, and seeing as that's the only way to keep him quiet, it was appreciated, too.

On our way back to the road we were supposed to be on, we went through a forest of suspicious and slightly annoyed-looking red squirrels from the looks of things: 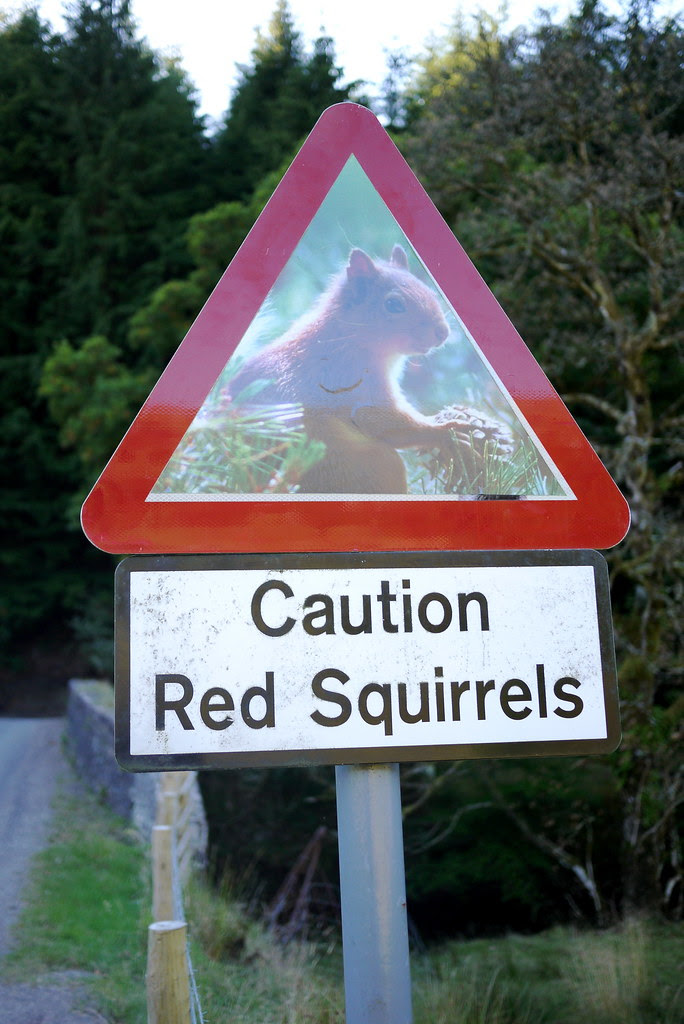 We didn't see any, though, more's the pity, but there were plenty of sheep and Highland cattle as we made our way out of the woodland. Sadly, I didn't get any photos of them, either.
Getting back on the right road, we came across this: 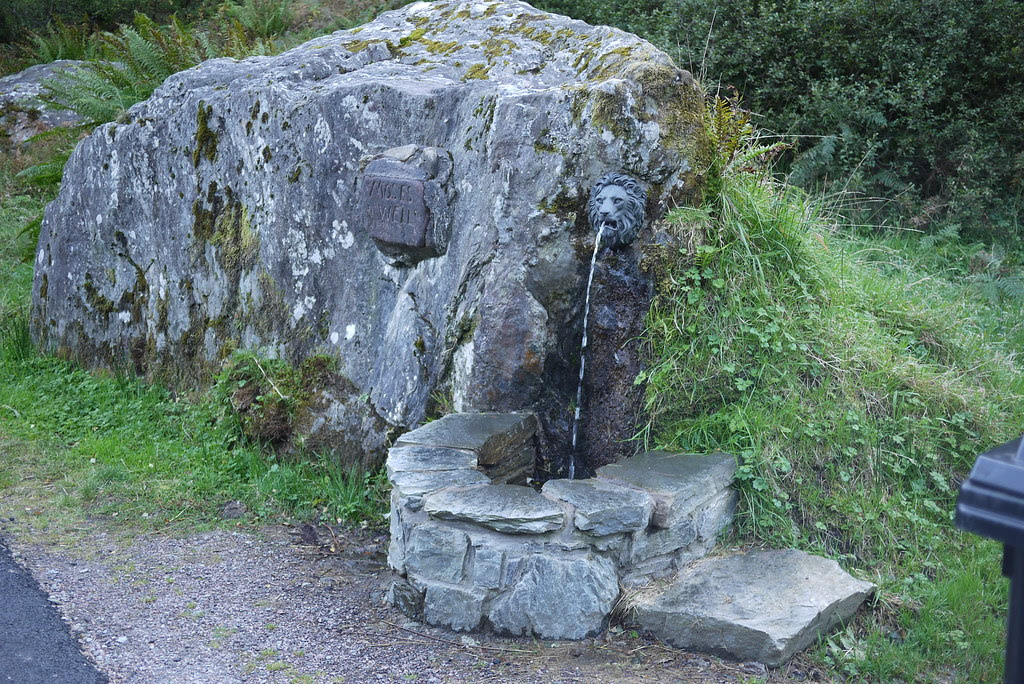 In 'Hell's Glen'. The water was very cold and crisp, and I stopped to fill a flask of it in exchange for a silver penny (as had others before me). At the bottom of the road we were on there was supposed to be a "heart-shaped setting of white quartzite stones" in a field, where tinkers (itinerant travelling people) traditionally married. I didn't manage to spot that either, but it's not something I've ever heard of. Always good to find some new tidbits.
Flying past at 60mph I managed to get this: 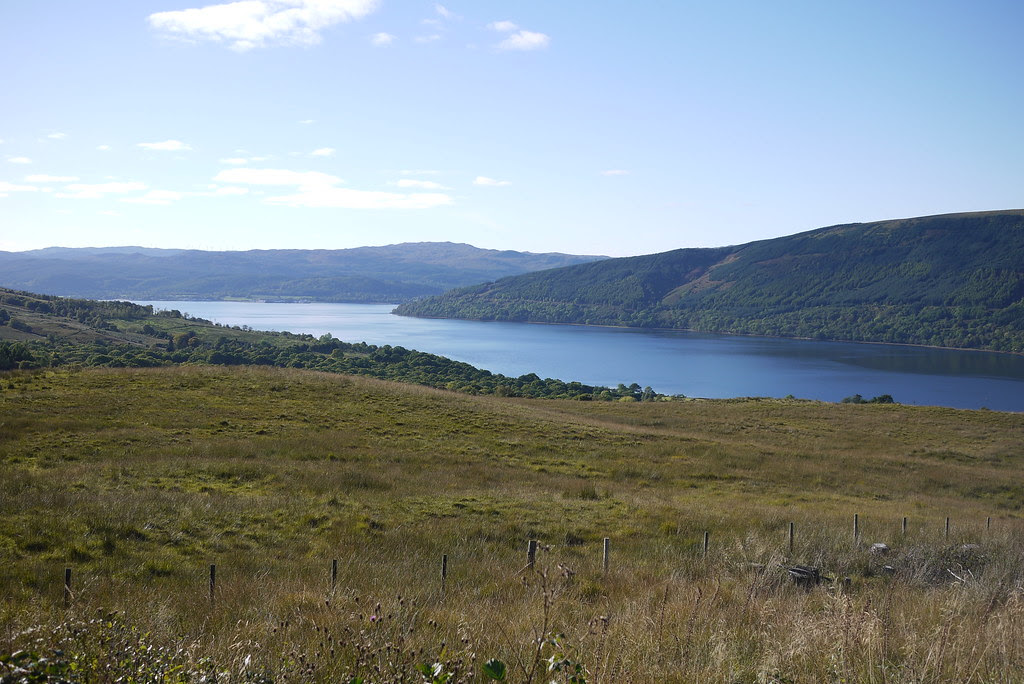 And while I'm not sure which loch it is, it opens out onto the Clyde and the side of the coast that I live on. We took the ferry home and found that it's much cheaper than we thought, so hopefully there will be more exploring in the future. Argyll, to me, is really where my heart is.
Posted by Seren at 23:19 3 comments: