As soon as the leaves start to change colour, everybody starts getting excited about Samhain...

So continuing on with the series of videos we've been doing on the festival year, we've just finished the latest one in plenty of time for Samhain. This is the longest one to date, but that's because there's just so much to talk about and it's difficult to do it all justice in five minutes or less. Kathryn took the lead on this one and did an amazing job - I think this is my favourite video so far:


We asked people over on the Gaelic Polytheism group to help us out and contribute some photos and we got an amazing response from folks. We couldn't fit everybody's contributions in, but we appreciate every single photo that we received and we hope we can find a home for them in future videos. Thanks to each and every one of you for your support!

Hand in hand with this video I think it's a good time to repost one of the videos we released last time, around Lùnastal:


The Prophecy of the Morrígan from Cath Maige Tuired is as relevant to Samhain as it is to Lùnastal, so it's well worth a watch (again)! Also in our festival playlist, we have a video on turnip carving if you're looking for some pointers; you can find it by clicking on the wee arrow next to the "playlist" link in the top left of the video, then scroll down towards the bottom, or else I've done a walk-through guide over on Tairis. Some links you might find useful:


Those of you in the southern hemisphere might find this video worth watching instead, however, as you head towards Bealltainn:


The Samhain video completes the four Quarter Days in the Gaelic calendar, and we have two more videos to come on Midwinter and Hogmanay traditions to complete the festival year as a whole. After that, we intend to come full circle, as it were, and do a video on the festival year in general (which is probably where we should have started, but oh well!). And then... Who knows? If there are any subjects you'd like us to tackle, that relate to Gaelic Polytheism in some way, feel free to weigh in on the comments!
Posted by Seren at 11:02 No comments:

I haven't updated much recently so there's a bit of catching up to do...

Lùnastal was celebrated, and it was kind of an odd affair in some ways. We celebrated on time, getting the house in order and having a festive meal, making the bonnach Lùnastain: 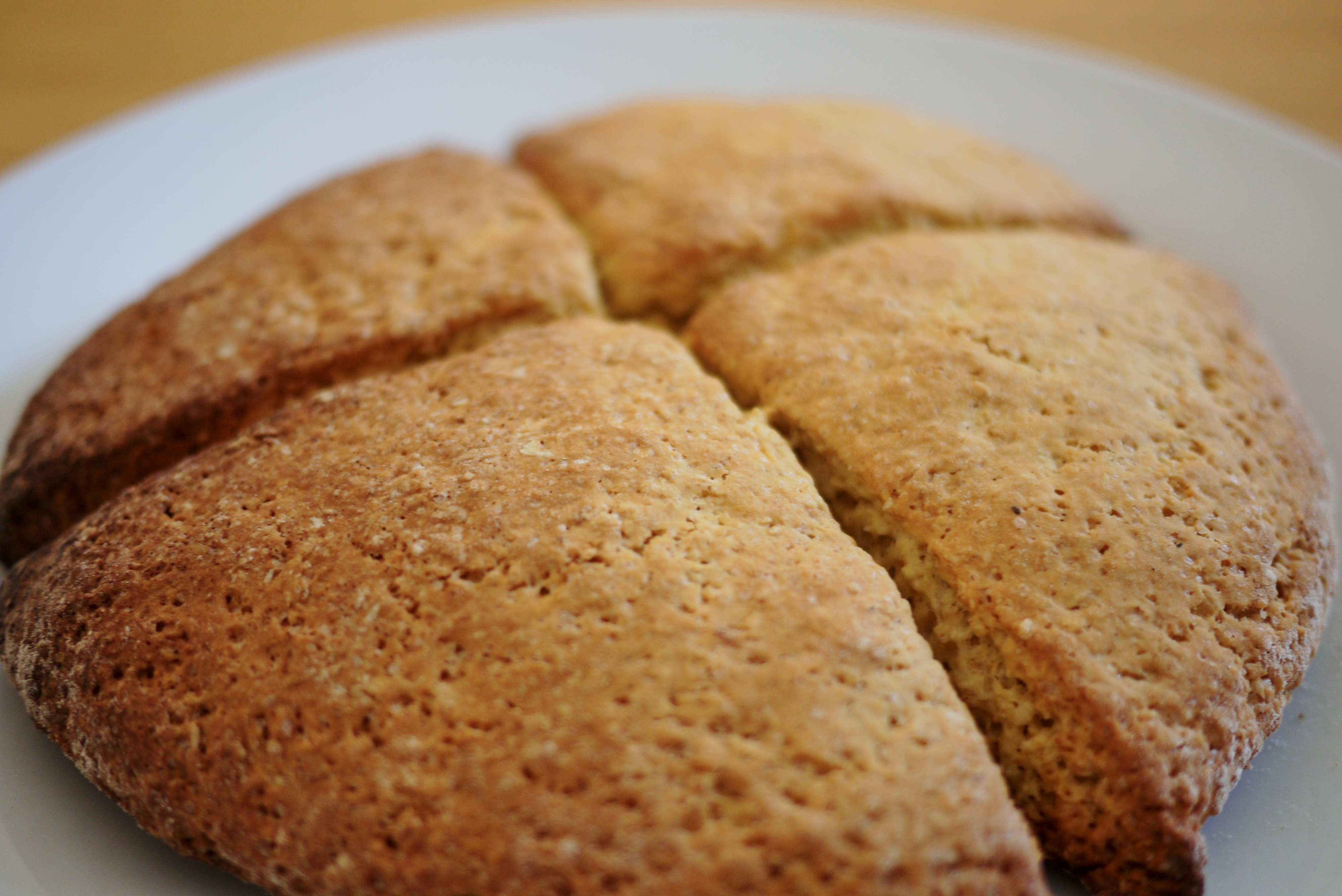 Saining the house and playing some games, offering to Taillte and Lugh. All the usual stuff we do for Lùnastal.

It kind of snuck up on me, but now I'm more experienced I don't tend to take as much time planning and generally flapping and flailing about making sure everything's ready as I used to when I was just starting out. But over all the festival seemed more drawn out than usual. It's not unusual that we might take a few days to celebrate a festival, so we can fit everything in and get it all done without overdoing it, but this year Lùnastal was more drawn out than ever. I'd had an idea that we'd have a family celebration and then carry on with the festivities at my great-niece's first birthday party, which would involve lots of games and things for the kids to do that tie in with the festive theme, and that's what happened there (the kids had a great time at the party, in spite of the slightly disturbing giant Peppa Pig who came in with the birthday cake...). But although everything was successful and our offerings and songs seemed to be well received, there was a feeling that things weren't finished.

Usually, given the fact that it's a festival of first fruits, I like to incorporate that into the festivities and make it the major focus, and I never really felt much of a connection to Lùnastal until we moved here, to where we live now, and I was able to start a vegetable patch and put in some fruit bushes. Harvesting our own fruits and veg helped reinforce the significance of the festival, and bring it closer to home. But this year, I didn't have anything to harvest from the garden, really. The long winter and late spring we had seems to have put paid to any blueberries this year, and I decided against growing any vegetables because I had to admit to myself that I just can't manage it - there was too much work needed with replacing the containers and compost I've been using for the veg, and it was pointless trying to fudge it and do it anyway because the containers were clearly going to fall apart as soon as I touched them. I just decided to accept that we'd have to make do with a festive feast made with seasonal foods - the first new potatoes of the season, and that kind of thing - from the supermarket instead.

It's been a really warm and sunny summer this year, though, and that means the blackberries have been exceptionally early and there are tons of them, too, extra fat and juicy. I had an idea that the brambles were going to ripening earlier rather than later, but hadn't quite anticipated that they'd be ripe and ready well before the end of August. Usually they don't ripen until mid-September, but this year they ended up ripening by mid-August. So a couple of weeks after our Lùnastal festivities began, we were able to finish things off with the harvesting of our first lot of autumn fruits, which the kids insisted had to become a blackberry and apple crumble: 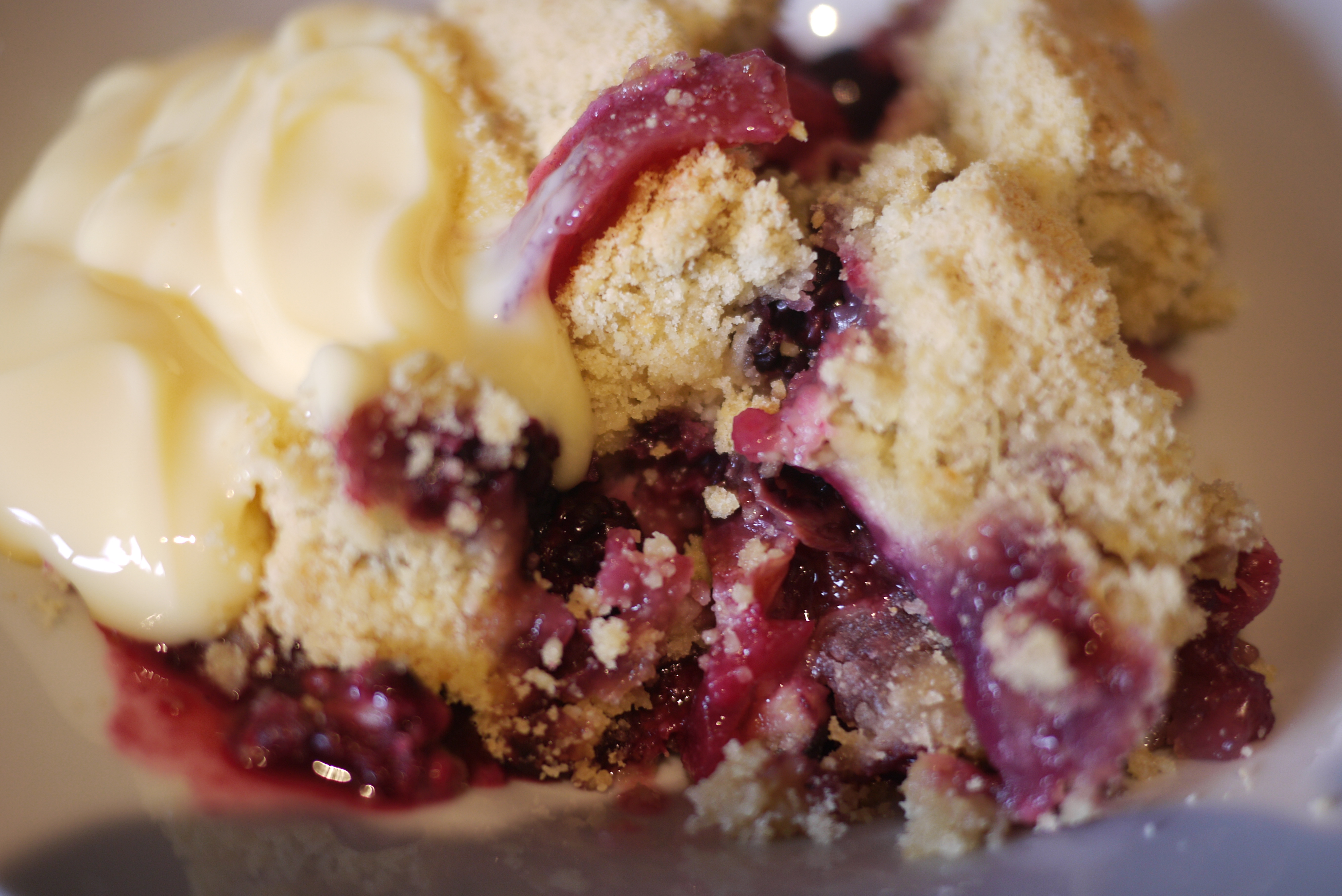 Harvesting the berries gave a sense of closure and the sense of rounding things off that had been otherwise lacking, and with hindsight I kind of wish I'd waited a few weeks and celebrated a little later. In between the start and finish, things just felt a bit up in the air. The kids had fun, though, and the heavily laden bramble bushes are just about the best thing ever as far as Rosie's concerned, especially. Free food. To her mind, it should be autumn all year round.

So that's Lùnastal all caught up. Then came a local festival at the end of August, celebrating the final defeat of the Vikings in Scotland (the decisive battle happening just down the road from us, where the festival takes place). So I dragged the kids along and they had fun at the fair, both of them choosing a bow and arrow set as a prize for Hook a Duck, having a run around one of those haunted houses and so on, and then we went to watch the re-enactors demonstrating some Viking "battle" tactics and fighting techniques. I think it's fair to use the term "technique" loosely there...

There were all kinds of stalls, too, and the kids got to stroke some owls at one of them: 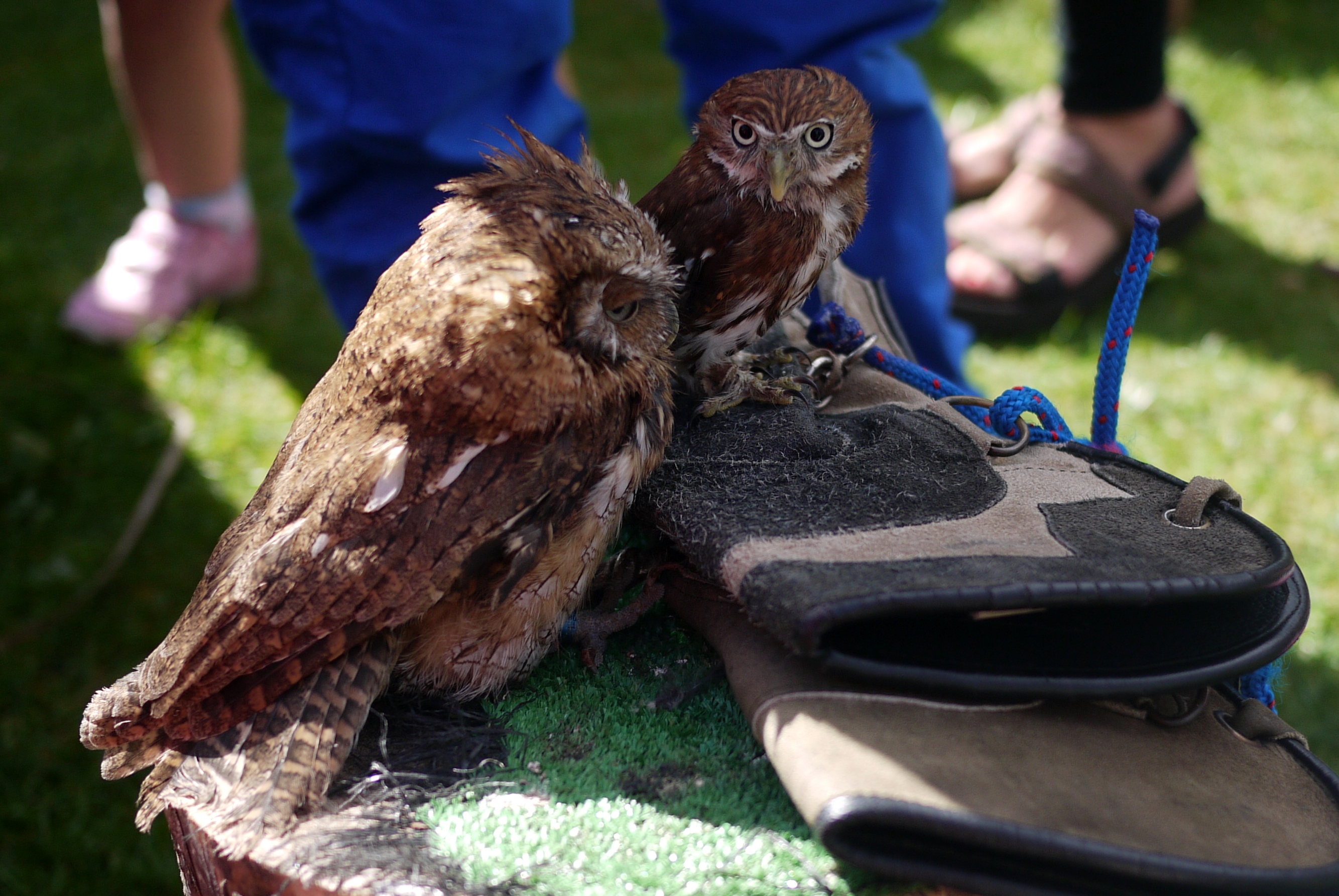 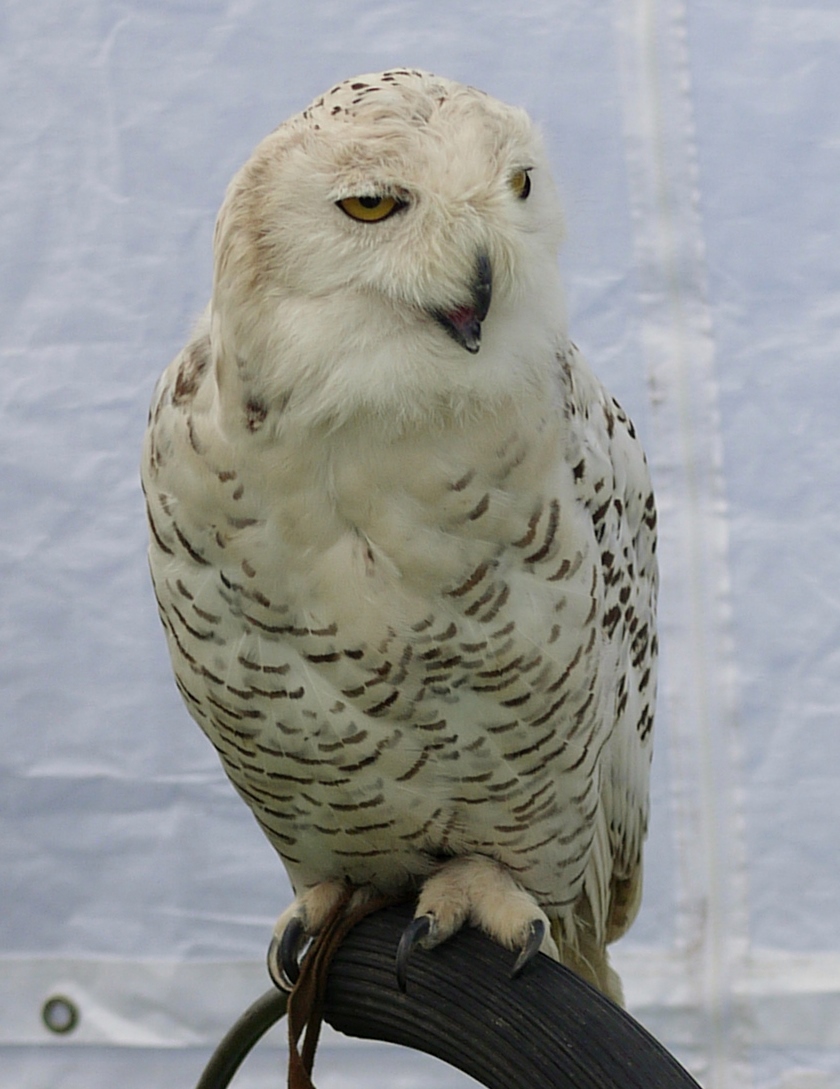 Including Hedwig, I think?

And then we went to the Viking village, where the re-enactors do a bit of living history, demonstrating how they lived, slept, ate in those days, and so on. Rosie was fascinated by the wolf and fox skins on the bed: 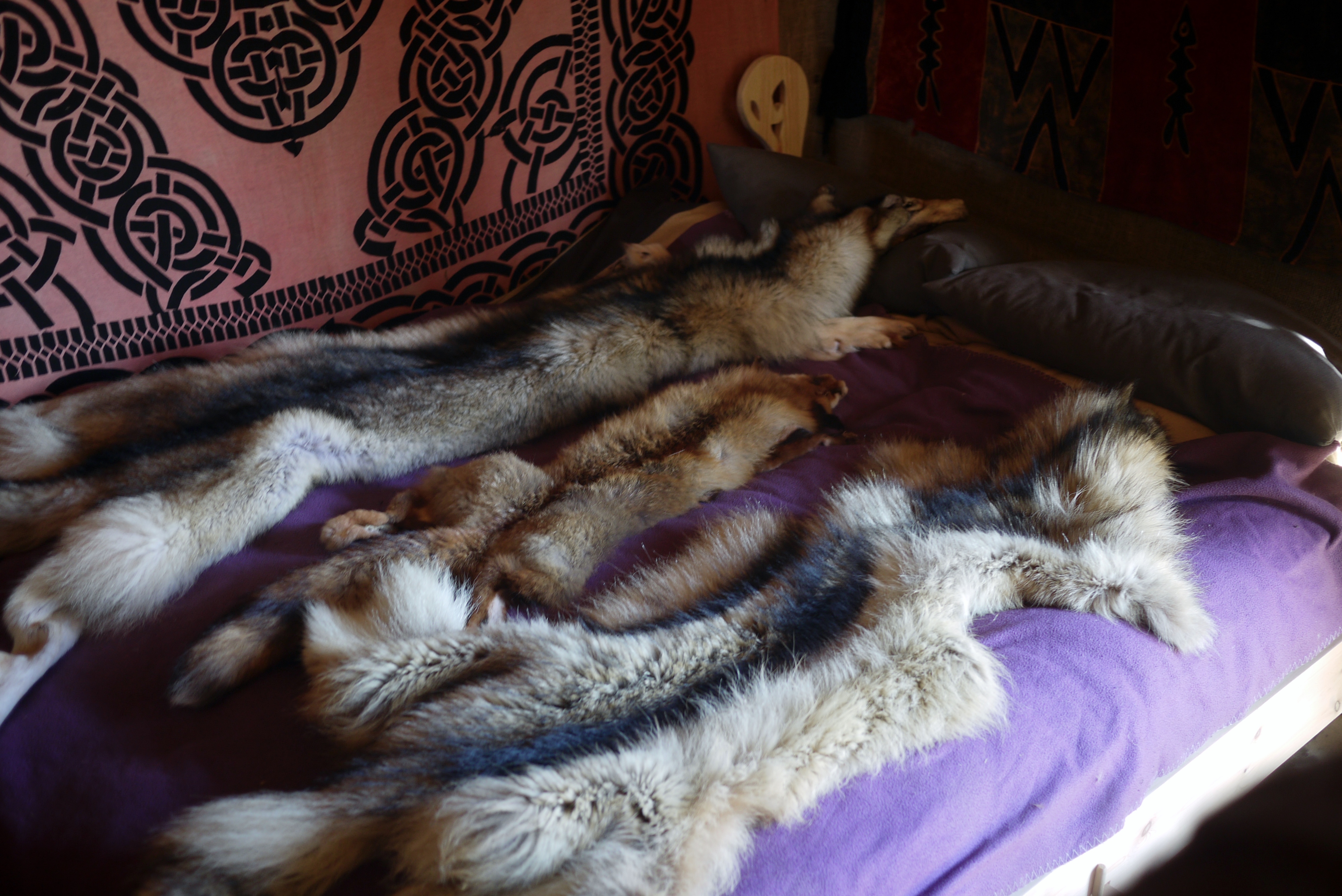 And was torn between being sad at the fact that the animals were dead, and loving how soft and snuggly they feel. Check out the very authentic Viking wall hanging at the back there...

The kids also had the chance to have a go at some archery again: 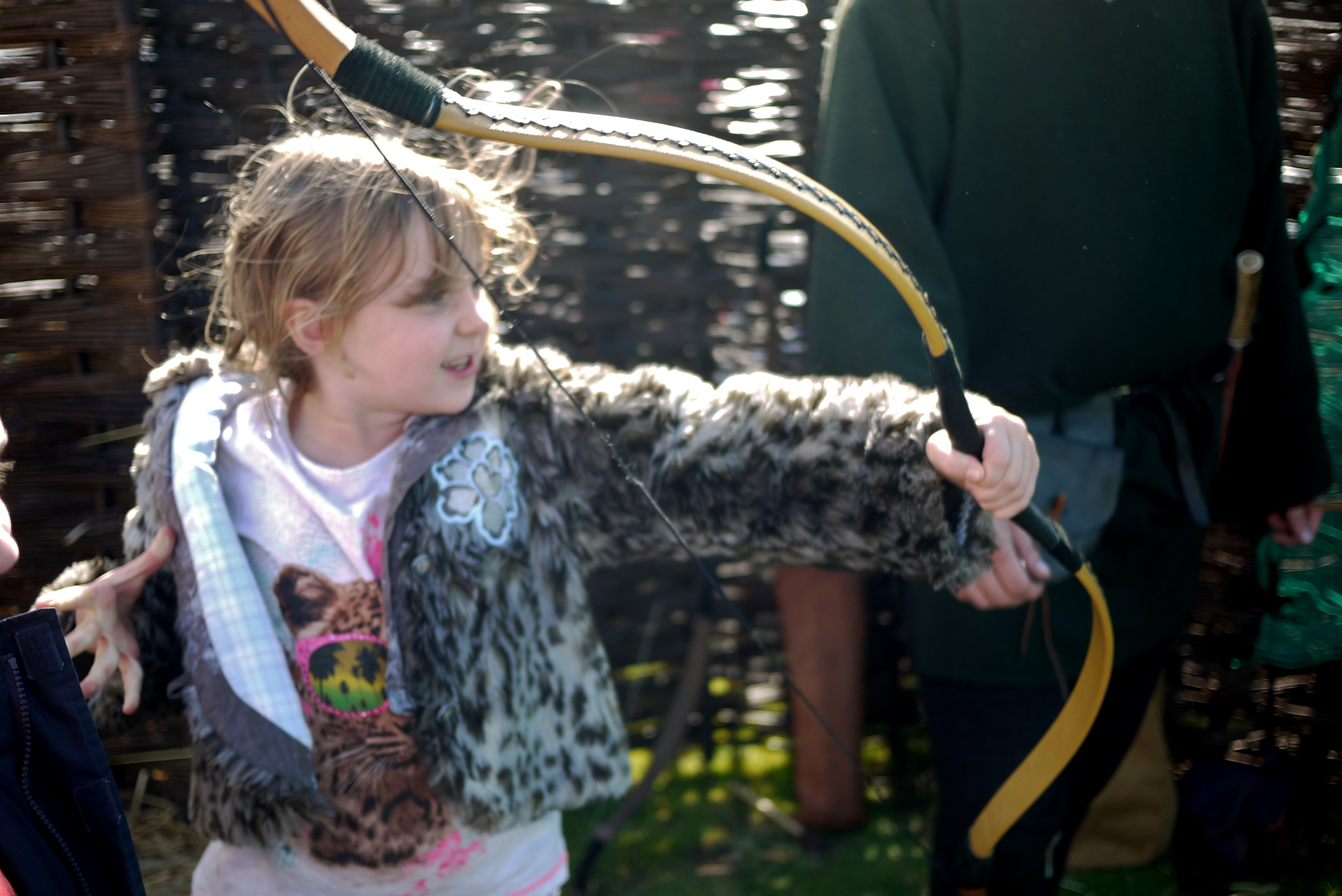 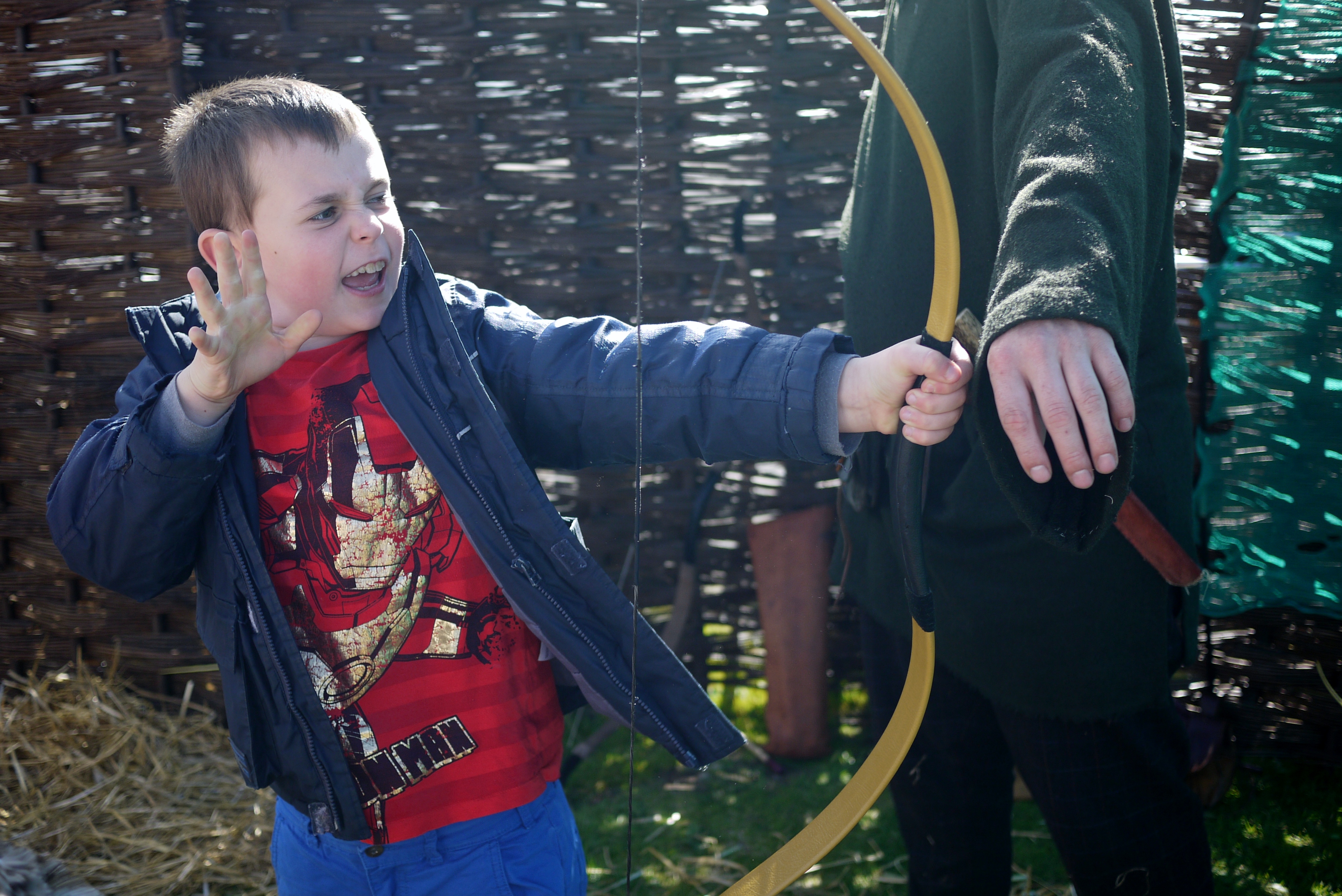 Tom's enthusiasm makes up for his lack of expertise, I'm sure. He thought the target on the left was hilarious (it's a naked dude covering his "winky" with his axe. I've no idea where Tom got "winky" from...): 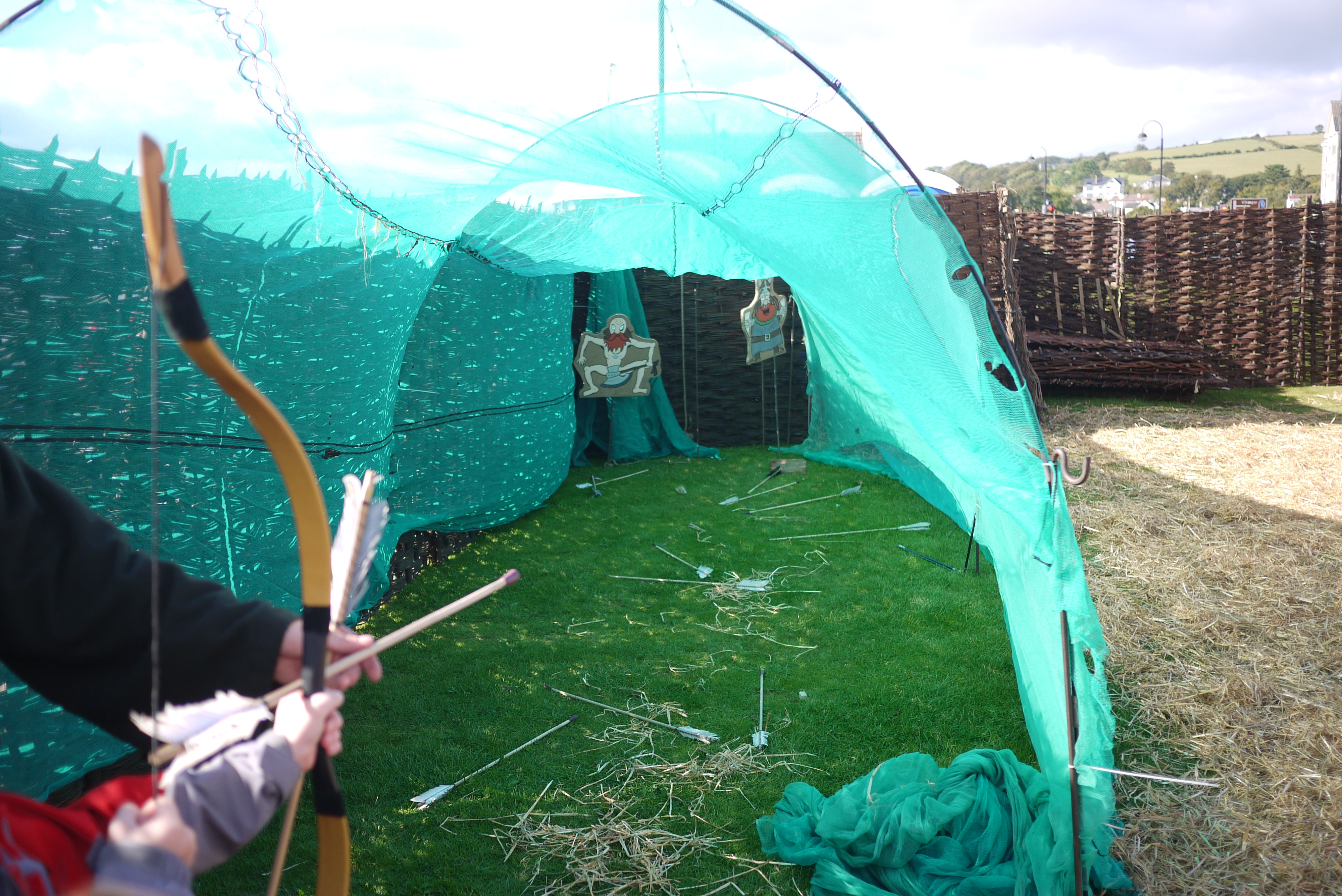 It was a good afternoon out and we brought Mr Seren some fudge back with us (he was working).

Now, as the autumn's well and truly under way, thoughts are inevitably turning to Là Fhèill Mìcheil and then Samhainn, which I might waffle on about in another post. Hopefully soon we'll have some more videos to post as well.
Posted by Seren at 15:44 No comments: