It's been a good six since months since our last video so we decided it was high time for another one...

This time we decided to focus on offerings, and while it's something we've written about a lot, and at length, it's also something we get questions about frequently. Like our other videos, this latest one is intended to be a brief introduction to the subject, and here we cover a little bit of background about the history and archaeological evidence for offerings, what kind of things can be offered, and how they can be offered:

One thing we didn't really have time to focus on in as much detail as we wanted to was the kind of consideration that needs to be taken when it comes to the potential impact that our offerings might have on the environment, and on local wildlife. An offering that poisons or damages the wildlife is hardly a good offering, right? So as we note in the announcement over on the Gaol Naofa website, it's best to make sure that certain types of food offerings are made well out of reach of wildlife who might take the opportunity for an easy snack and end up getting poisoned. Offerings that can damage the environment – non-biodegradable things attached to trees, which can strangle or stunt the tree's growth, or pennies worked into tree trunks or cracks in stone – should be avoided completely. It may be traditional, but offerings like this: 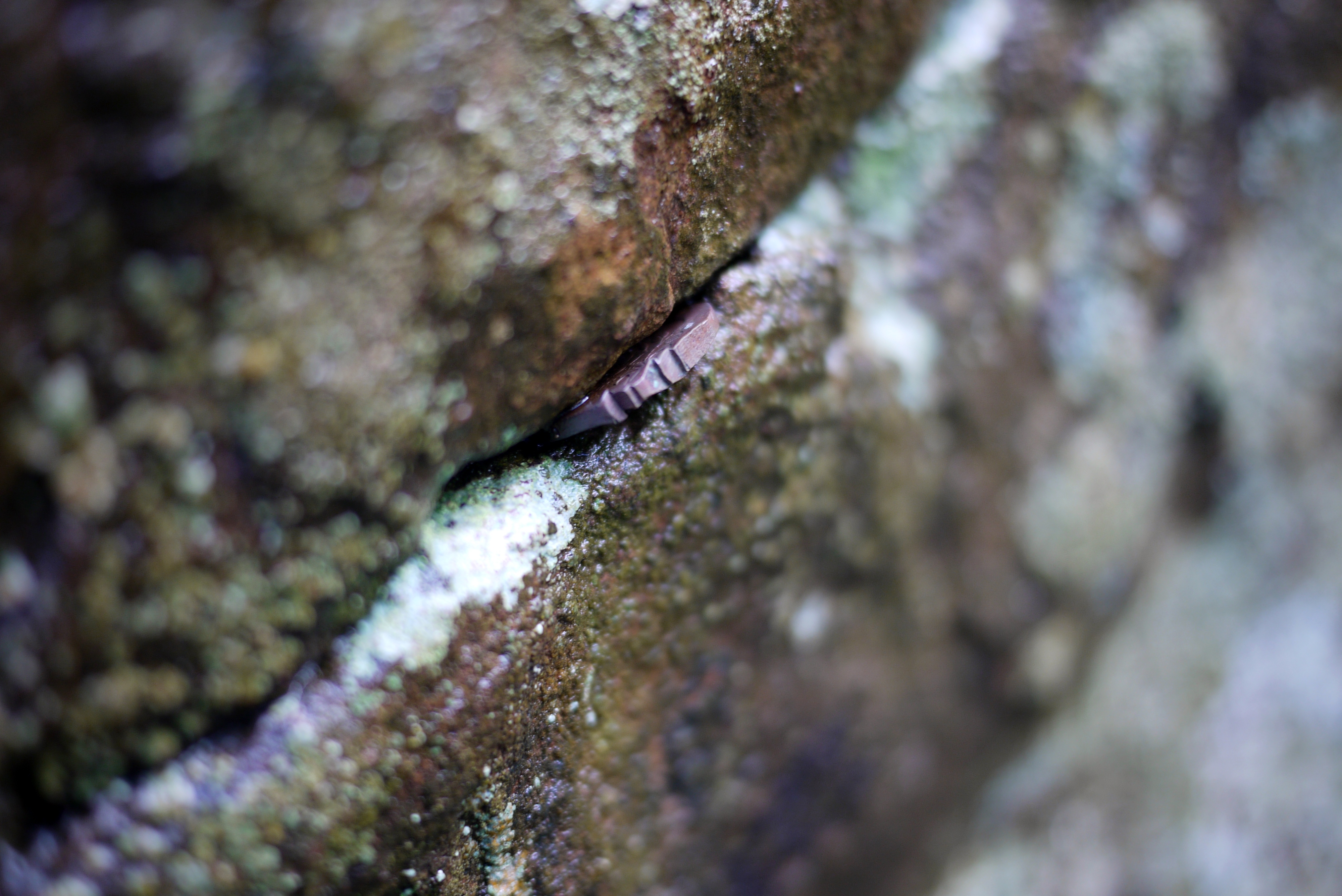 Only damage the stone. This is a penny worked into a crack in a stone from a Neolithic stone circle on the Isle of Bute (which I took Marsaili to in April when she came over for a visit); the stone itself has now almost cracked into two and things like this will only serve to weaken something that's stood for around five thousand years... Things like this don't honour a place, or the spirits of that place.

If you want to do some more reading on offerings in Gaelic Polytheism, then I think Gaol Naofa's article on the subject is a good place to start: Offerings in Gaelic Polytheism. This is one of Gaol Naofa's oldest publications, which has been substantially revised and updated over the years. You might also find our Children and Family in Gaelic Polytheism article useful, since it covers the basics of practice broken down into simple terms, and it gives an idea of some prayers you might want to use (one of which we included in the video). For more of an idea on the historical practices involving the making of offerings, there's an article over on Tairis that covers the subject in more detail, and you can also find a breakdown of the kinds of offerings that can be made as well. Finally, over on the Paganachd site, there's KILLYOUANDEATYOU, which is a must read for tips and ideas on how to go about your practice while keeping the spirits of the place happy – especially for Gaelic Polytheists who live outside of Ireland, Scotland, and the Isle of Man. 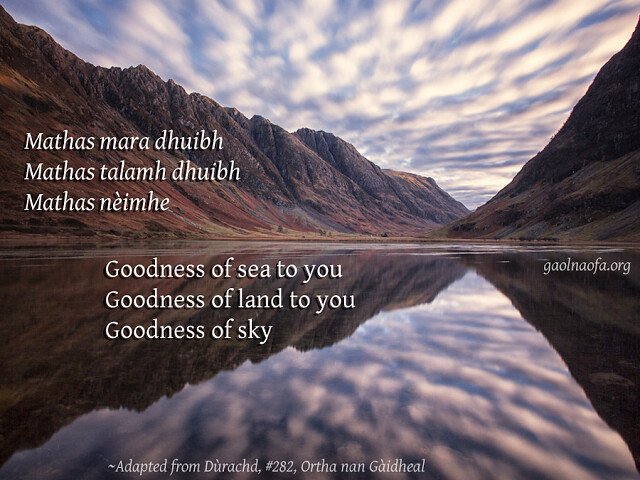