Remember remember the fifth of November
Gunpowder, treason and plot.
I see no reason why gunpowder, treason
Should ever be forgot...
Technically speaking, we celebrate Guy Fawkes' Night in commemoration of the successful foiling of the plot to blow up the Houses of Parliament, on this day in 1605. And so, in celebration of the fact that it's business as usual, and as we've done for centuries now, bonfires, fireworks, sparklers and toffee apples all mark the day. For those of us on the peripheries of the kingdom, shall we say, such celebrations may not always be as totally enthusiastic about the historical roots of the day...

When I was a kid, the bonfires would be piled up high and the Guy - an effigy of the man himself - would be thrown on the bonfire as part of the proceedings. When I lived in Glasgow (more than ten years ago now), local kids would go round on the streets - even getting into the tenement houses and knocking on the doors - lugging the effigy around and begging for a 'penny for the guy'. It's not just Glasgow where they do that, but that's the only place I've come across it myself; it seems to be a dying tradition. The guy itself would often be an effigy of someone widely hated - sometimes an unpopular manager of a football team, say, or the Pope, but mostly (certainly in Scotland) Maggie Thatcher. Not a popular lady.

When I lived in Bo'ness, grass verges of any substantial size would end up home to huge piles of wood, piled up by the local residents, ready for the big night. I can see how Hutton might suggest that the Samhainn bonfires simply came to shift to Bonfire Night, being so close together.

For most people these days, of course, the evening is nothing more than a good excuse to go and see some fireworks. As a kid my dad used to set them off in our garden, and we'd have a big bonfire right at the bottom, but as I got older it became more common for people to go to displays put on by local charities (or fire stations) - it was cheaper, and you got more for your money, certainly. The ones I went to as a kid used to have the big bonfires, but these days in general they seem to be on the decline (obsessions with health and safety, insurance, and getting sued usually get the blame for that). Certainly the display we went to tonight didn't have one. A shame, really. But perhaps, given what people tend to throw on the piles, a bit kinder on the environment.

So anyway. We decided to take the kids off to a local display in Gourock, which was tied in with a Myth and Legend event, with traditional storytelling and song on offer, as well as a parade through the town. Parking being what it was, we missed the storytelling part, but got there in time to join in with the tail end of the parade. And then, with a hot chocolate warming my hands and an ice cream for the kids, we got to see a spectacular display: 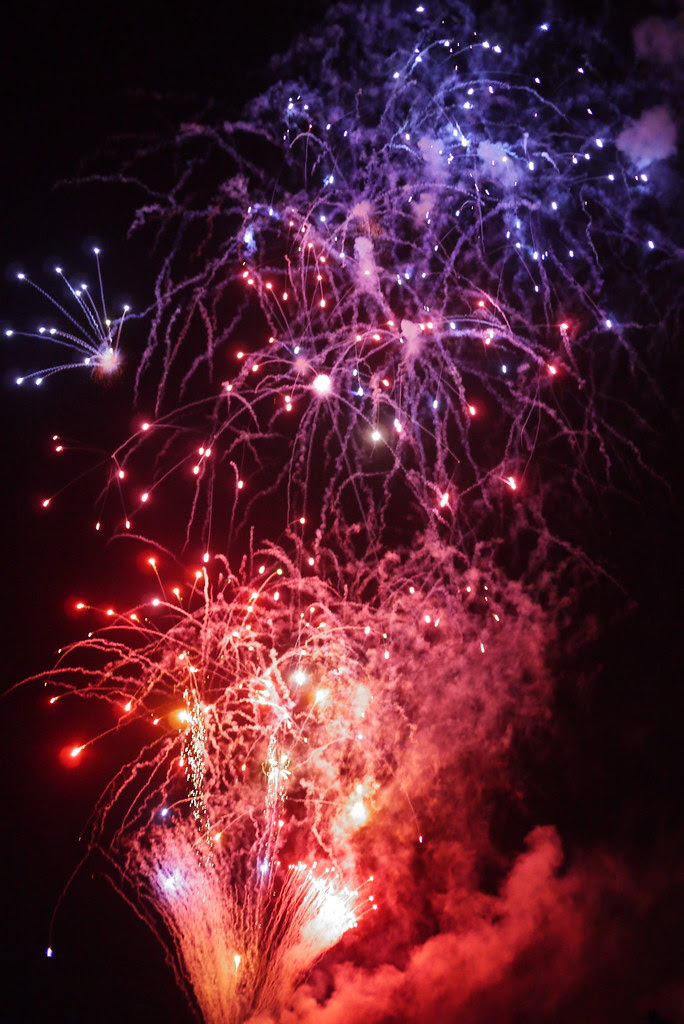 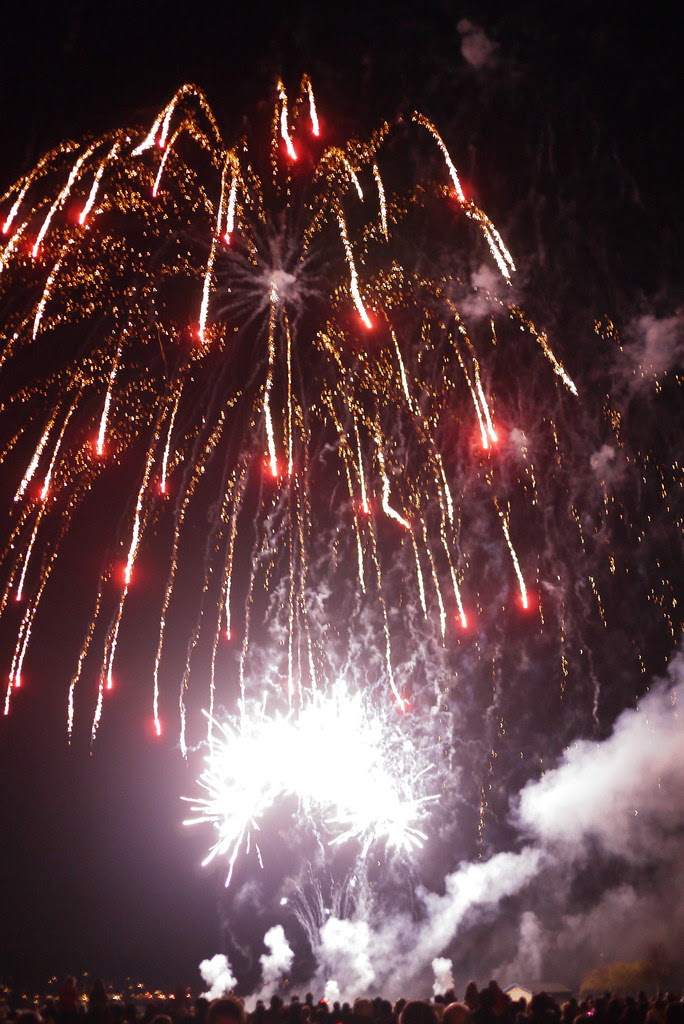 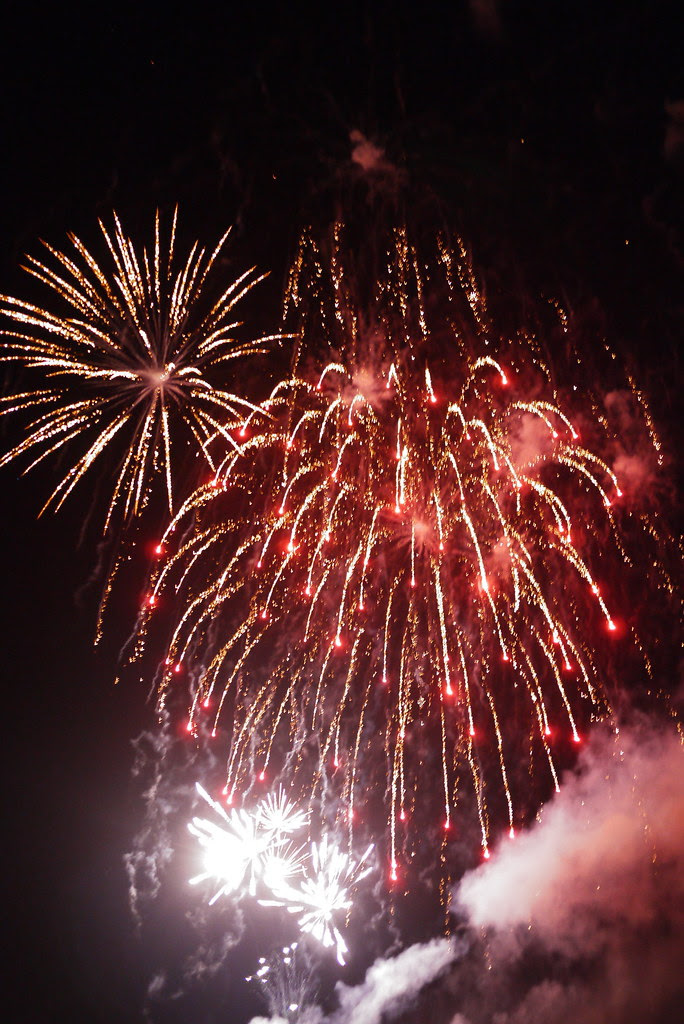 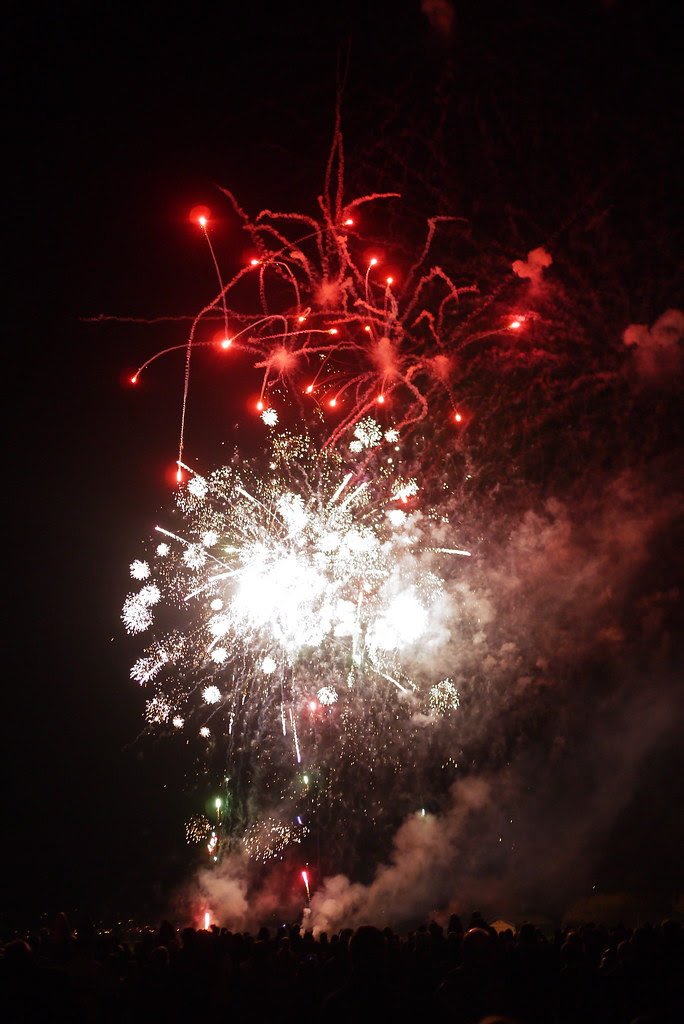 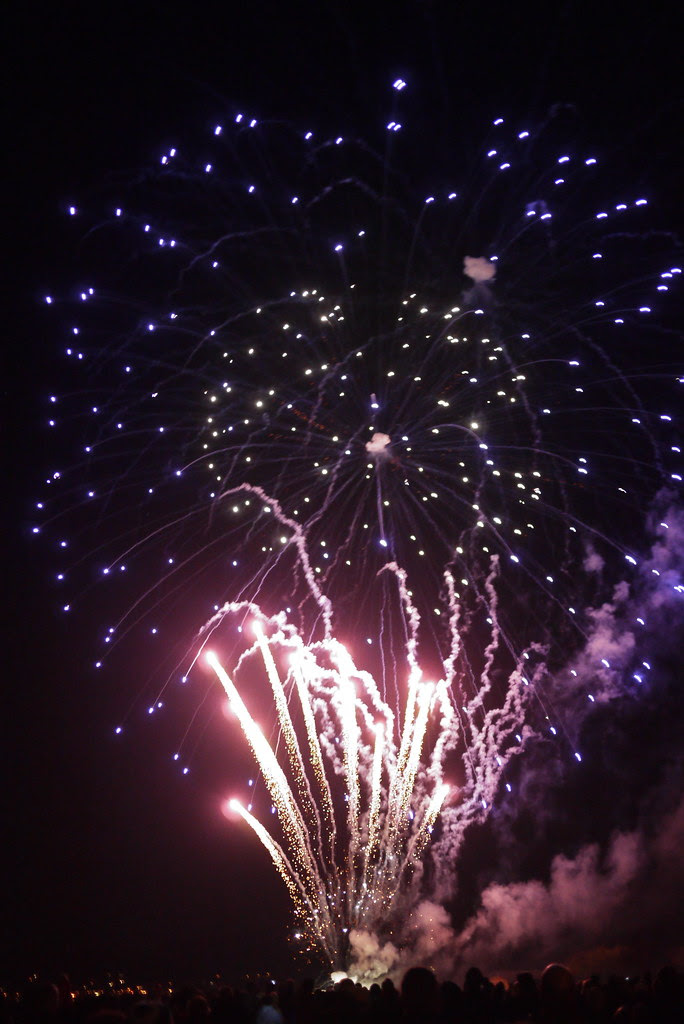 Tom, now six, was more than impressed. He was dancing and shouting in glee. Rosie, on the other hand, stood in awed four-year-old silence.

When we got home Tom ran out into the garden to watch the neighbour's get their fireworks going, jumping up and down on the trampoline in glee before we handed both the kids their very first sparklers. Rosie wasn't too sure about that at first. But it was OK in the end.

And now the air in the village is hanging heavy with smoke. And for me, as the air begins to clear, so the transition from autumn into winter is truly complete.

Onwards.
Posted by Seren at 00:31 No comments: Links to this post