I'm not long back from a trip to Kirkcudbright, in the south-west of Scotland. I got a few photos and thought I'd share, along with some I took on my trip there last year that give some better views than I got this time round.

The area we stayed in is full of castles, a former stronghold of the Black Douglases, so lots of juicy history to be had. We took a stop at Threave Castle, one of the major players in the whole mess, and got some fantastic views: 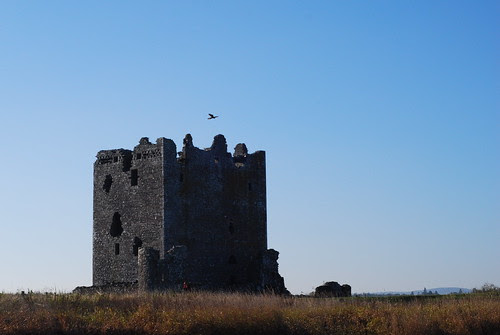 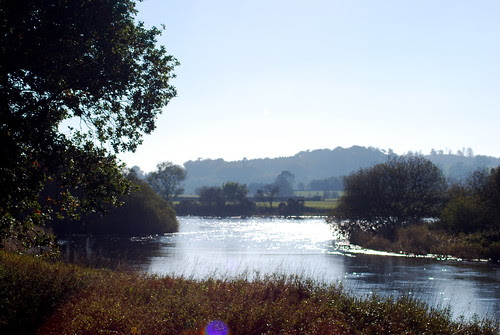 The main part of the castle is fourtheenth century, built by Archibald the Grim, with fifteenth century defences added to safeguard against siege (which ultimately didn't do much good - the crown won).

I might as well add in an (almost) Otherworldly cow while I'm at it: 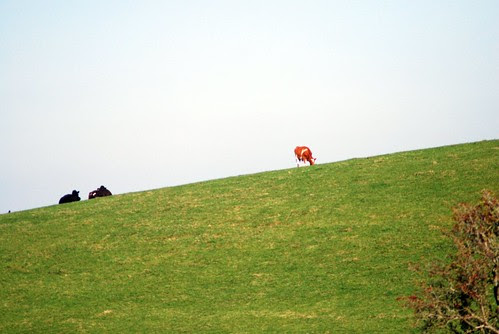 There's a lot of wildlife to be seen around the castle - there were ospreys nesting during the summer, with several chicks, but it seems they've left for the winter now. There was a heron, though, wading through the river in search of something tasty: 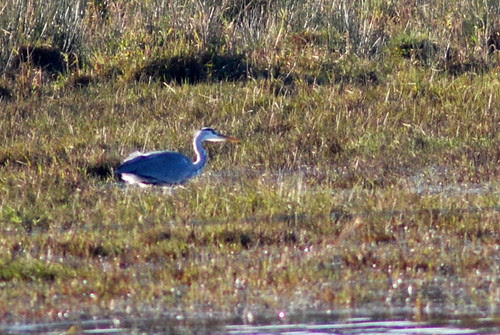 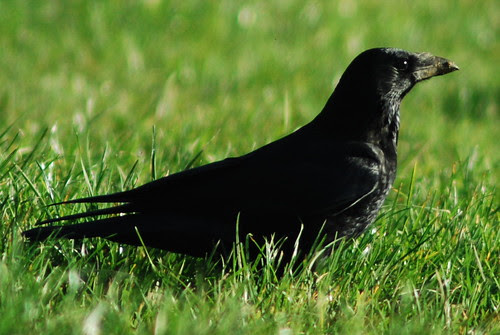 Words cannot describe how happy that made me. I've never seen a raven before, I don't think. They really are huge. And beautiful. It's funny, though - in the past these would have been a thoroughly bad sign, but I feel honoured to have caught sight of such a rare bird now.

The sunshine didn't last long and the mist soon rolled in in the days to follow (but not before a fantastic show of the Milky Way right above us on our first night there), but the change in weather brought its own moody beauty: 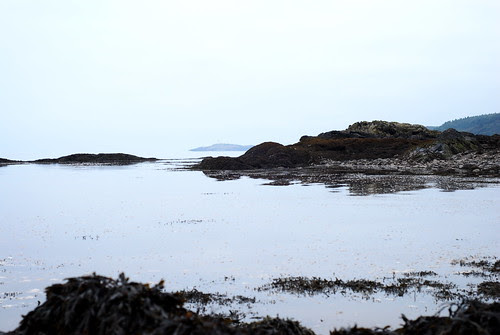 And a reminder that this is the area the original Wicker Man was filmed...Very atmospheric.

Last year we got in a prehistoric monument or two at Cairn Holy, some neolithic chambered tombs: 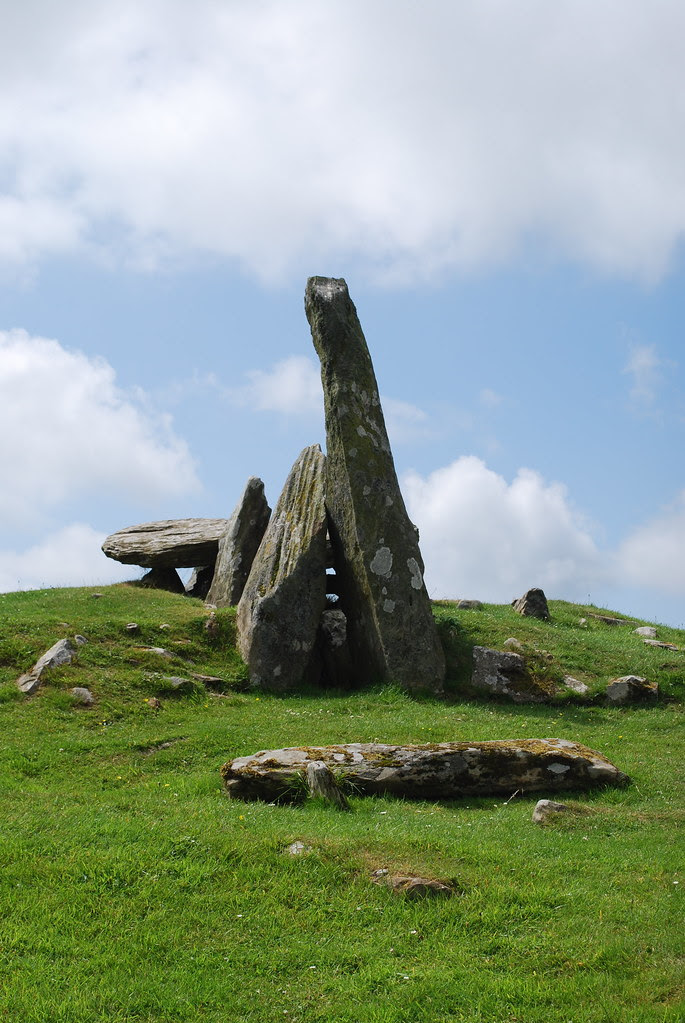 This one has evidence of an outside chamber by the entrance that was probably used for feasting (the remains of a hearth were found). The other one is larger: 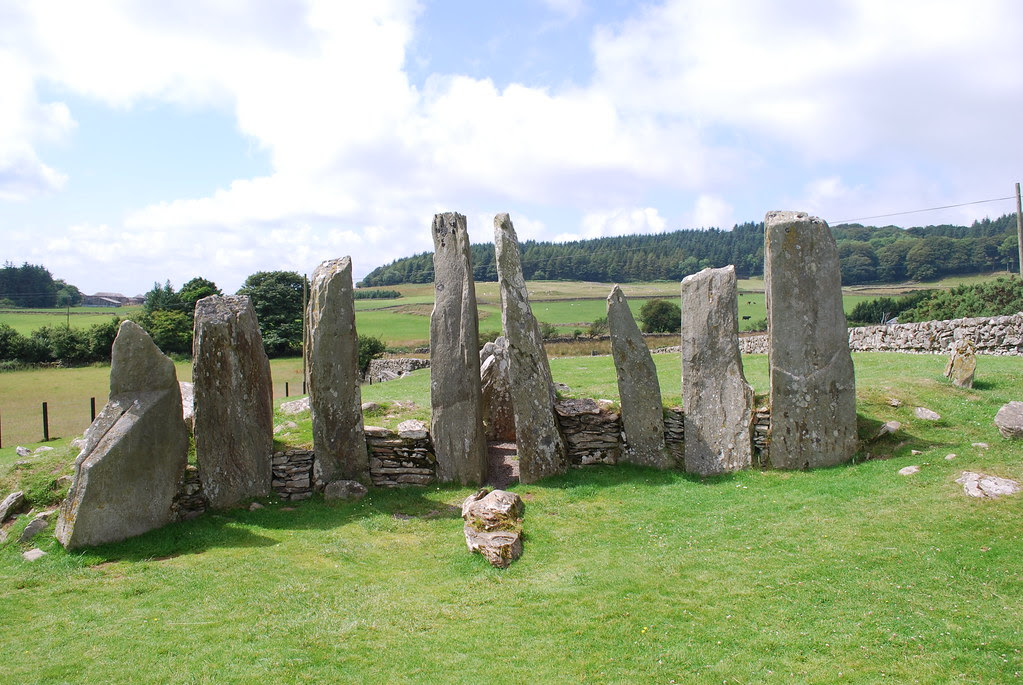 With a very impressive view across Argyll: 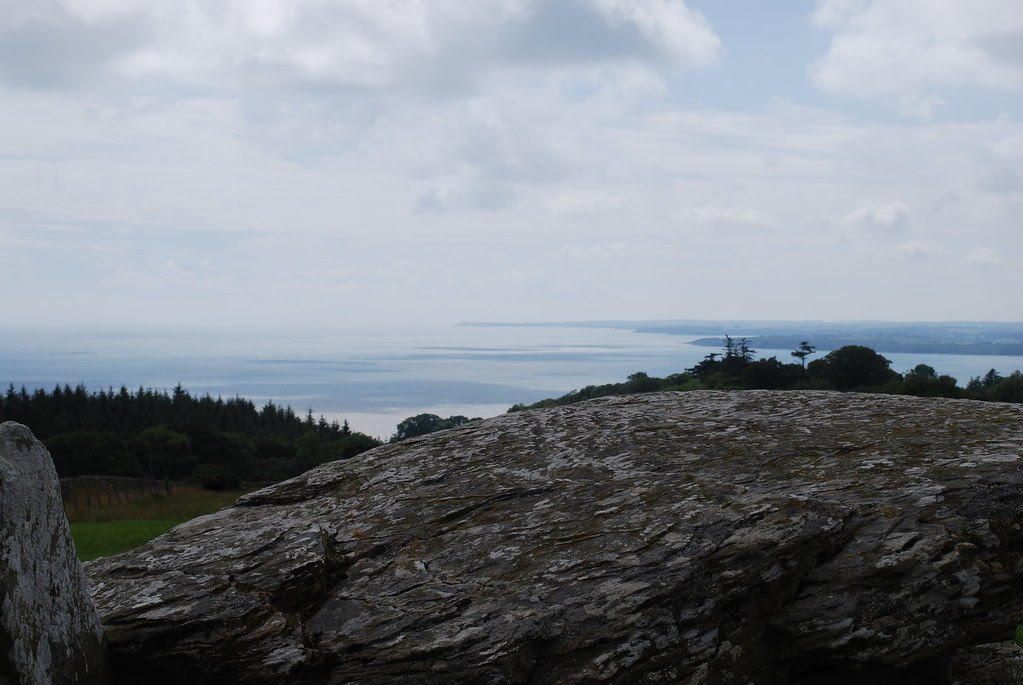 No doubt situated on that spot to take advantage of the view.

For now, it's good to be home where there's central heating and my own comfy bed. A little cold was worth it, though.
Posted by Seren at 12:53 No comments: