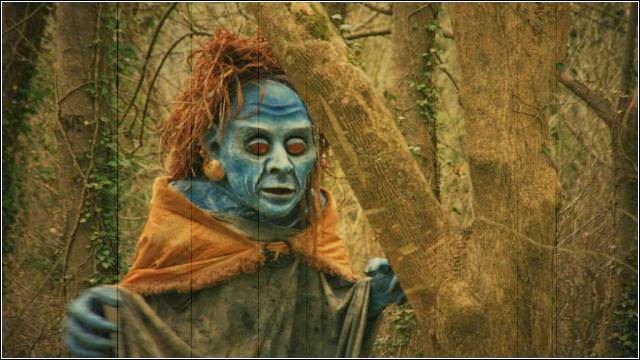 I've posted a link to this short film before, but it's well worth another watch! 'Tis the season, and all...

Soon the Cailleach Bheur will make her lament as she gives up and admits defeat in trying to hold back the onslaught of Spring. As she throws down her wand, she shouts out:


While the Irish An Cailleach Bheara doesn't have such firm associations with the seasons as the Scottish An Cailleach Bheur does, there are some hints. Cairn T, at Loughcrew (or Sliabh na Caillí) is thought to have an equinoctial alignment: 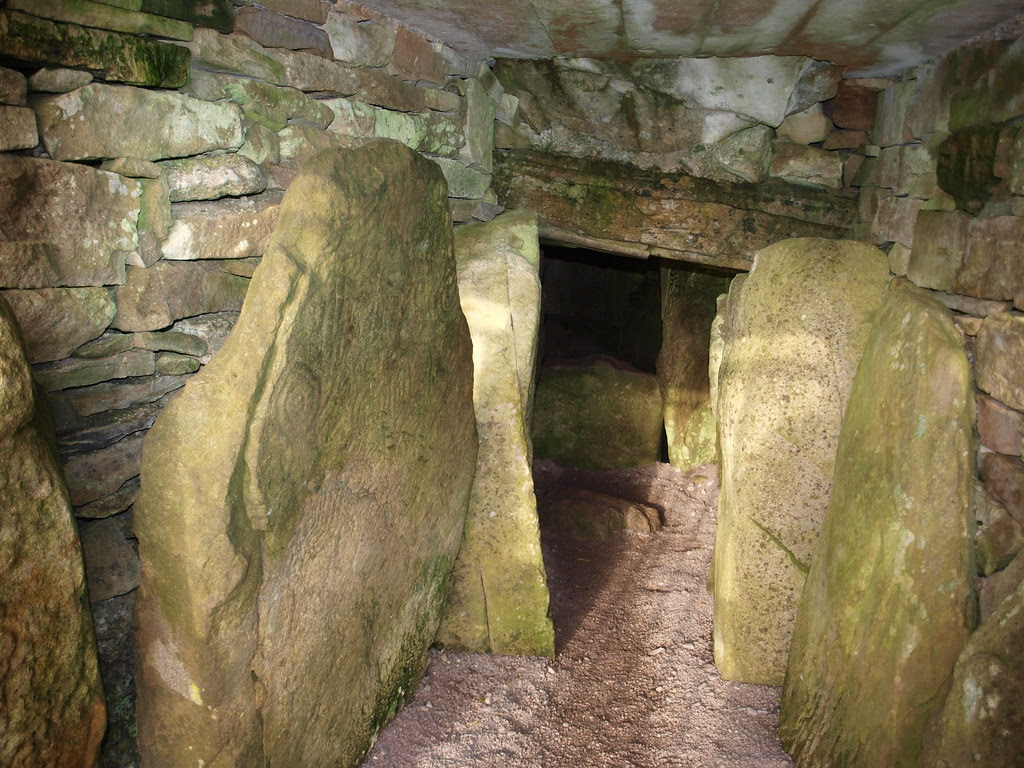 The light of the equinox sunrise illuminates the back chamber of the Cairn T at the Loughcrew complex, lighting up carvings that are thought to have astronomical meanings. Near to Cairn T is the Hag's Chair, and she is said to have created the tomb by accidentally dropping a pile of stones from her apron. But of course, in spite of her associations with the place today, we can't really say when the Cailleach came to be associated with the place – certainly not until after Christianity, when the word 'cailleach' came into the Irish language – or if her associations are meant to tie in with the equinoctial alignment. The coincidence with the Scottish Là na Cailliche is tantalising, however.

It does seem like she has other, older names as well, which offer further (possible) seasonal associations. In The Lament of the Old Woman of Beare, she calls herself Buí, who is referred to as a wife of Lugh in other sources, and is said to have been buried at Knowth (Cnogba). In the Dindshenchas of Nás (another of Lugh's wives) she is mentioned again, along with Tailtiu, so one wonders if she has an association with Lúnasa, which were often held at places that are thought to have been the burial place of supernatural women or goddesses who were married to Lugh, or otherwise associated with him? The Dindshenchas of Nás seems to hint that this was the case, since it mentions games and gatherings.

Another Dindshenchas, Lia Nothain, refers to two sisters, Nothain and Sentuinne, both of whom are "Old Women" and Sentuinne itself means "Old Woman" just as "Cailleach" can. The Dindshenchas associates them with May-day, suggesting further seasonal associations:


Nothain (was) an old woman [cailleach] of Connaught, and from the time she was born her face never fell on a field, and her thrice fifty years were complete. Her sister once went to have speech with her. Sentuinne (” Old Woman”) was her name: her husband was Sess Srafais, and Senbachlach (“Old-Churl”) was another name for him. Hence said the poet:

Sentuinne and Senbachlach,
A seis srofais be their withered hair!
If they adore not God’s Son
They get not their chief benefit.

From Berre, then, they went to her to bring her on a plain on May-day. When she beheld the great plain, she was unable to go back from it, and she planted a stone (lia) there in the ground, and struck her head against it and….and was dead. ” It will be my requiem….I plant it for sake of my name.” Whence Lia Nothan (“Nothan’s Stone”).

Nothain, daughter of Conmar the fair,
A hard old woman of Connaught,
In the month of May, glory of battle,
She found the high stone.

The association with Berre (Beare), just as Buí is associated with that place, suggests that they are probably one and the same. So there are some hints and bits of seasonal lore that may be associated with An Cailleach Bheara. It's guesswork, for sure, but I thought it's worth putting out there to ponder.
Posted by Seren at 10:50 2 comments: