Over the past month or so I've been kind of neglecting the garden a little; bad Seren. There's not much I can do about that, though, I'm just haven't been physically up to it.

Even so, I hadn't anticipated the onions being ready so soon. I tried planting bulbs this year, instead of growing from seed like previous years and I have to say things turned out very well. A little too well perhaps: 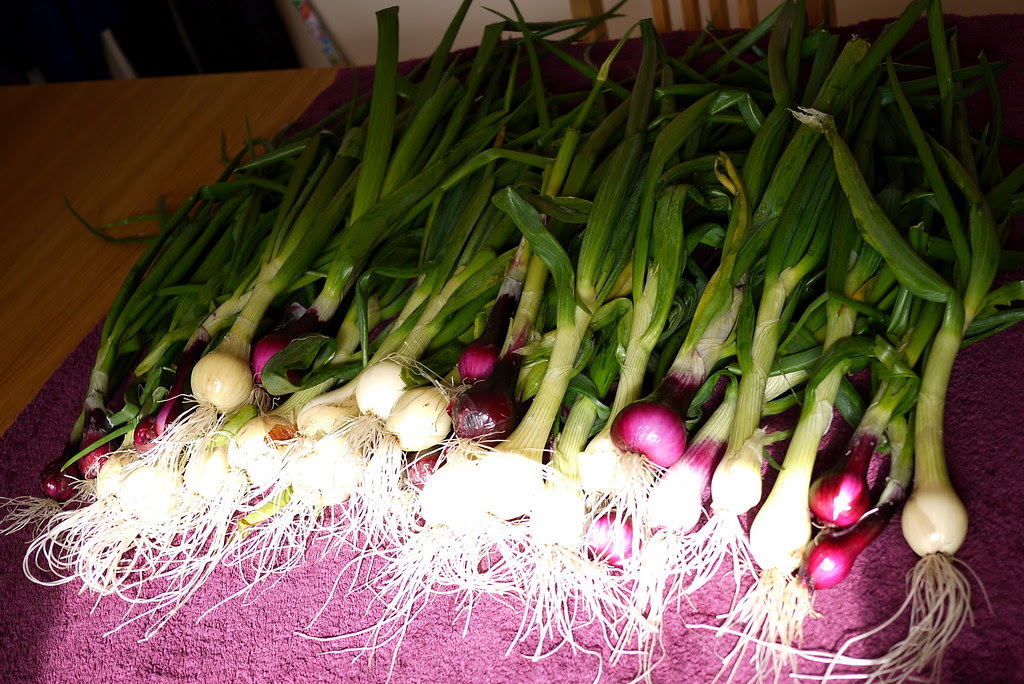 That's just the first batch I pulled...There weren't quite as many in the second batch but there are still more than enough! Although I spaced the planting every couple of weeks to make sure I staggered the harvesting, because I left them in too long (some have gone to seed) they're pretty much all ready right now. Some of the bulbs that were crowded or took longer to shoot are still in, and there's still a good harvest to come. But right now I have an embarrassment of onions sat in my fridge and I don't really know what the hell to do with them. They seem to be keeping well so far so there isn't too much of a rush to use them up, but I'm keeping an eye on them just in case. I don't want them to go to waste.

The strawberries are ripening as well, coming through in dribs and drabs. They're so much tastier than the ones in the shops, tart and full of flavour. We've had some blackcurrants and peas too: 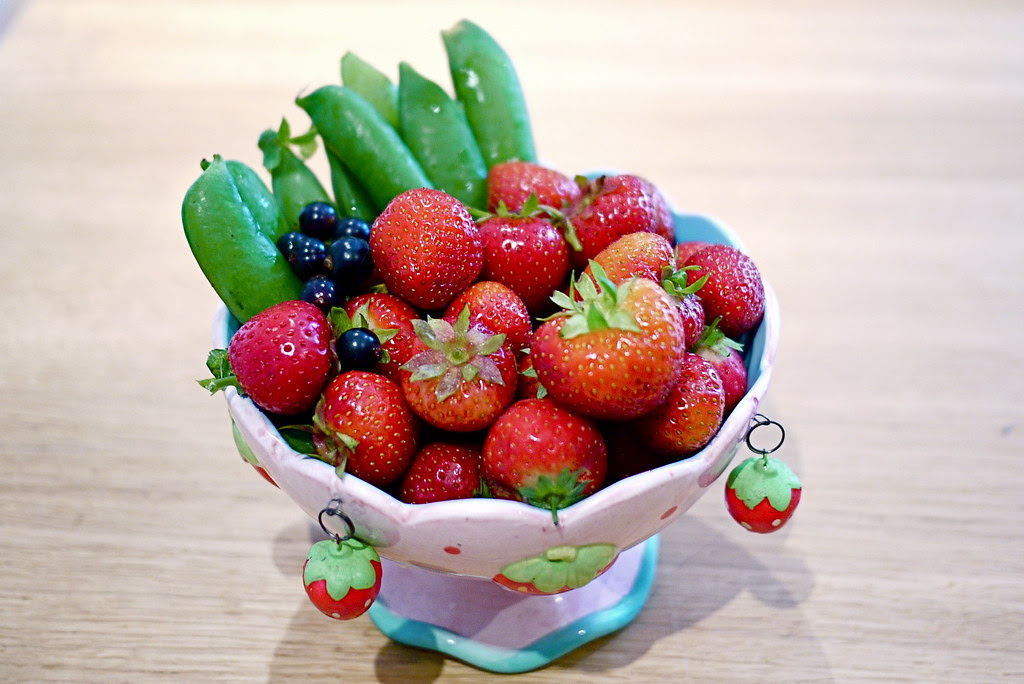 Peas! The blackcurrant will take a few more seasons before we get much of a crop, I think. With only a few blackcurrants amongst the strawberries I decided to make: 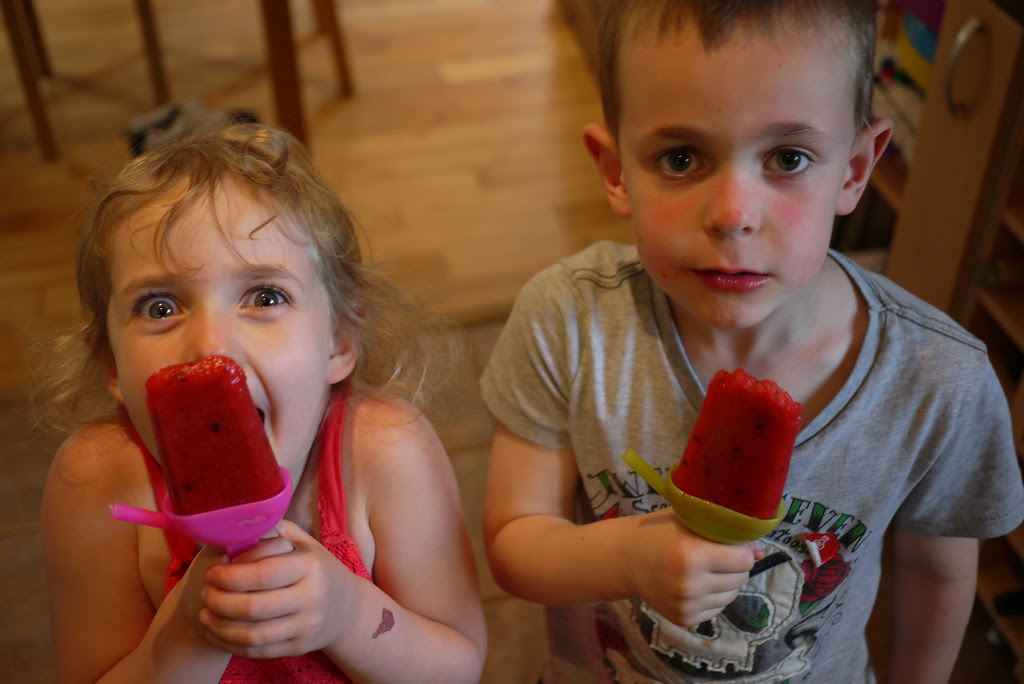 Ice lollies! Yeah, I'm not sure even Tom has any idea what Rosie's on either. I swear it's nothing I put into lollies.
Posted by Seren at 22:10 2 comments: