While the national news is complaining that we (by which they generally mean England) haven't had much of a summer, it's been beautifully sunny in this little corner of Scotland. It's certainly a nice change from the past few years when summer consisted of a nice week in April before getting stuck in an interminable age of grey...

Today heralds the start of the summer holidays for the kids, and so yesterday I took a trip down to the beach while I still had time to myself to enjoy a little peace and quiet and pay the rent to Manannán. I took the dogs with me (my older dog, Eddie, is pretty much broken today, but he seems to think it was worth it) and they both had a good swim and a run around before I did my thing. A lot of fruits and trees are late this – we haven't had any strawberries ripen yet, the raspberries are being slow and the blueberry bush is still flowering so I'm not sure if I'll really get any this year, I think by the time they want to ripen the cold might kill them. But down at the beach the summer flowers were all out in force, especially yellow flag, for the benefit of Himself I'm sure: 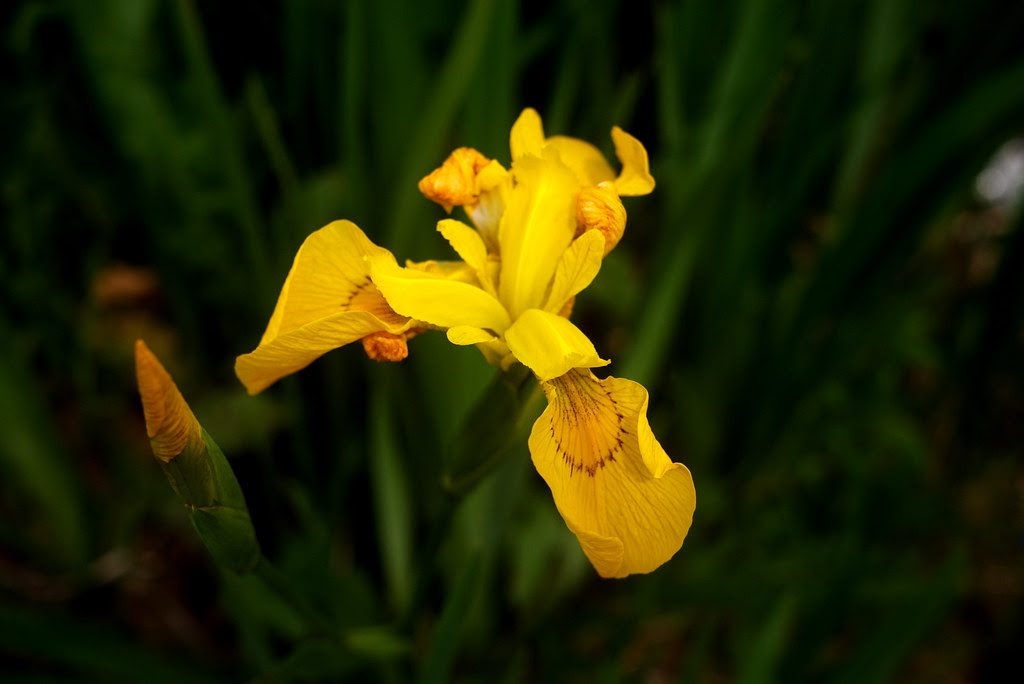 And so I followed the trail of them down over the rocks to a sheltered wee cove that offers a bit of privacy. I'd brought some rushes from the garden, along with some food offerings and a pine cone (Rosie's contribution), and after having to rescue Eddie twice because he kept on face-planting himself into the cove from the surrounding rocks and then whimpering because he couldn't get up again and ZOMG he was stuck, I did my thing and set the offerings down.

The past few years I've tended to bring things home with me but this year I wasn't intending to. In recent months I've had the feeling I should lay off and even brought a few things back to the beach because they weren't sitting right with me for some reason. But yesterday it felt different and when I stumbled across a hag stone I immediately felt it was right to pick it up. It's not for me, anyway.

I spent some time wandering about and taking things in and discovered an embarrassment of bees. Bees! Bees, everywhere. I was speaking to a beekeeper a few weeks ago and he keeps eight hives in the area but said he lost half of his bees thanks to the hard winter, along with the pesticides and parasites that are killing them off. The EU have recently banned the pesticides in question (though typically the UK voted against it), but it will be a while before that has much of an impact. So bees are good: 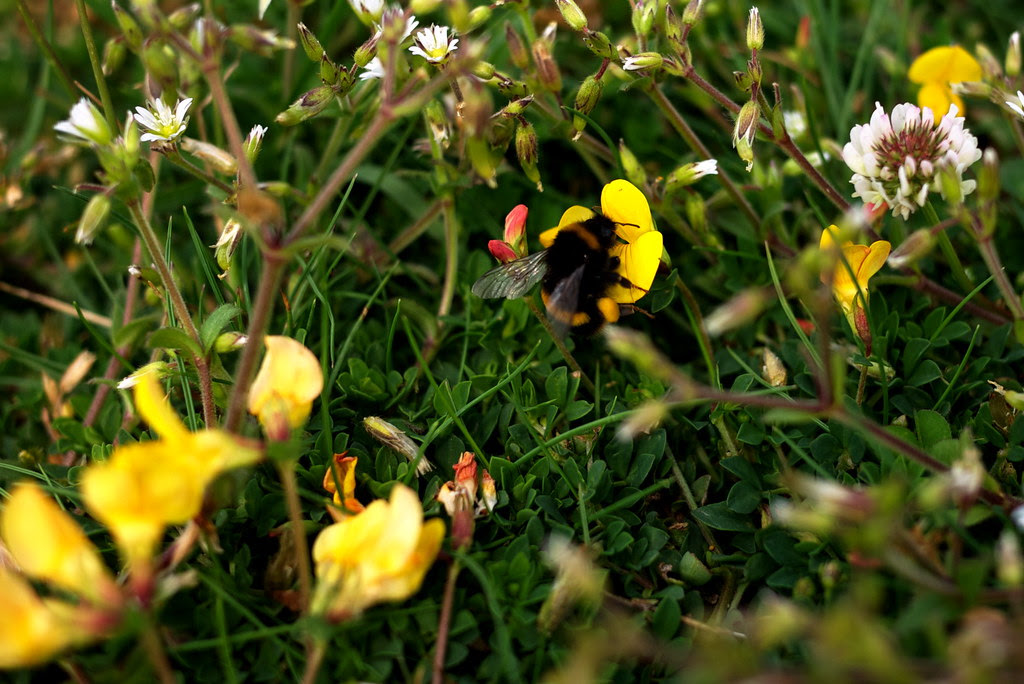 Especially bees that are conveniently posing on a plant I photo'd last year and couldn't for the life of me figure out what it was. Thanks to the As Manx as the Hills page reposting a Wildflowers of the Isle of Man post on Facebook, though, I've discovered it's Bird's-foot trefoil (yay!).

On the way home I discovered that the foxgloves are out in bloom (also with convenient bee): 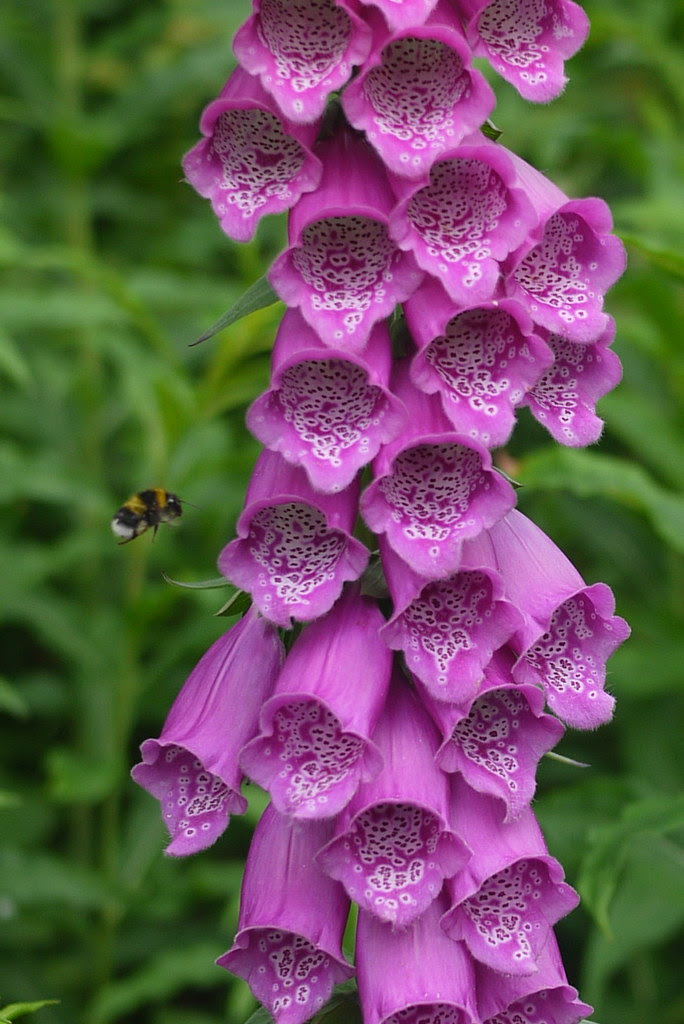 Also known as lus-nam-ban-sìth "the fairy women's plant" in Gàidhlig, or else meuran nan caillich mharbha, "dead women's thimbles," and is supposed to be good for breaking fairy spells. The more you know.