Yesterday the weather finally decided not to suck, hurrah! So in celebration, and for the sake of something to do with the kids while they're on their summer holidays, I decided it was time to take a trip over to Bute. For once, I figured, we might enjoy it while the whether wasn't dull and dour (and it was a good excuse to keep the kids out of the way while a very nice man put a new fence in, courtesy of our very generous neighbours who wanted to dog-proof their garden for their new puppy).

Armed with a plethora of food and a flask of coffee for a picnic by the sea, the kids and I went down to the ferry just in time for the midday sailing. We went up to the top deck and enjoyed the sunshine and breezes, while the kids looked out into the sea to see what they could see: That's the view of the side of the river I live on. Out to sea, on a good day, you can just make out the Ailsa Craig, where the special granite used for curling stones come from (my mother-in-law is a keen...curler?...herself). It's currently up for sale, if you have a spare million and then some lying around.

We were given a warm welcome with a young lady playing the bagpipes (and she was actually good!) and bilingual signage: 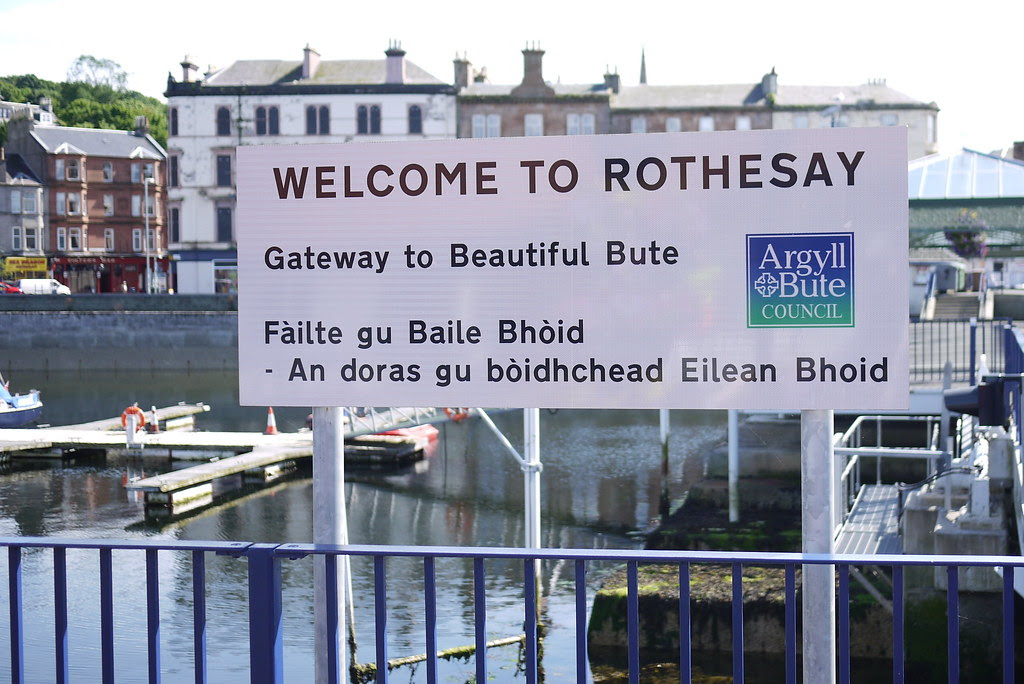 Which I don't remember seeing before. It wasn't the only Gàidhlig signage so it's heartening to see the council taking the language more seriously. And talking of signage: 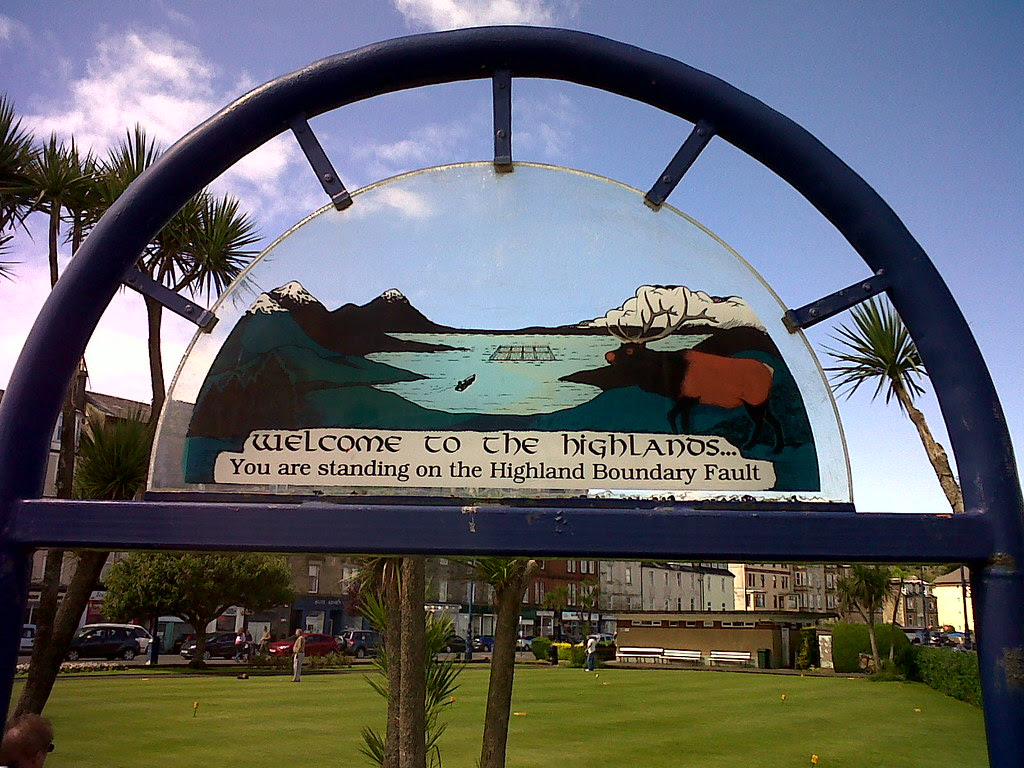 We took a short walk from the ferry so we could officially have lunch in the Highlands, before going down on to the beach in search of treasure. The while we had lunch...well...it wasn't bad: 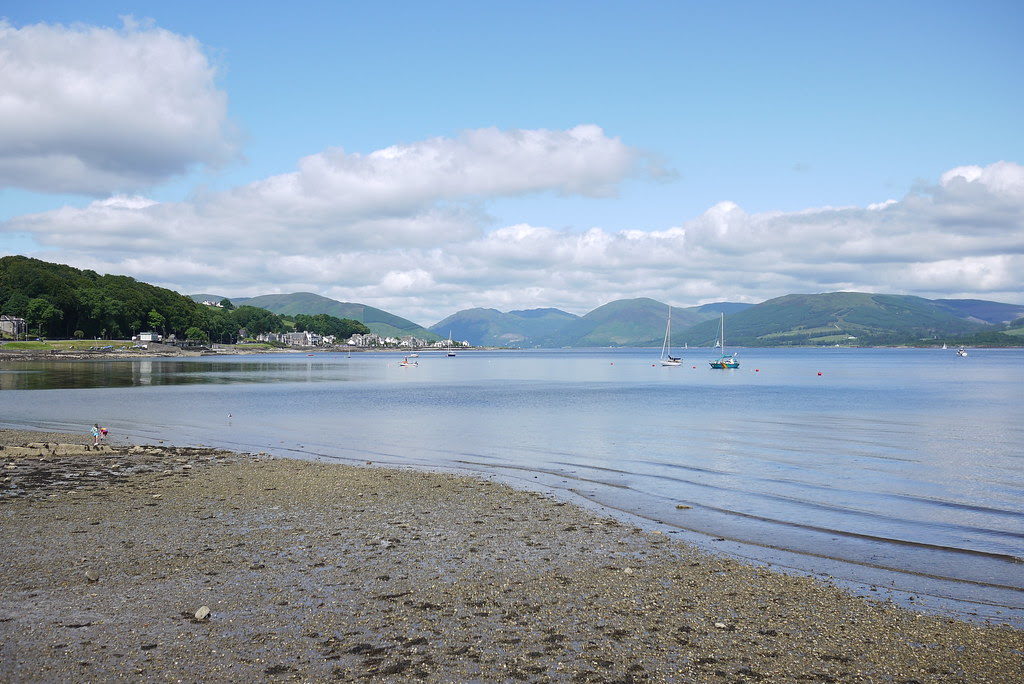 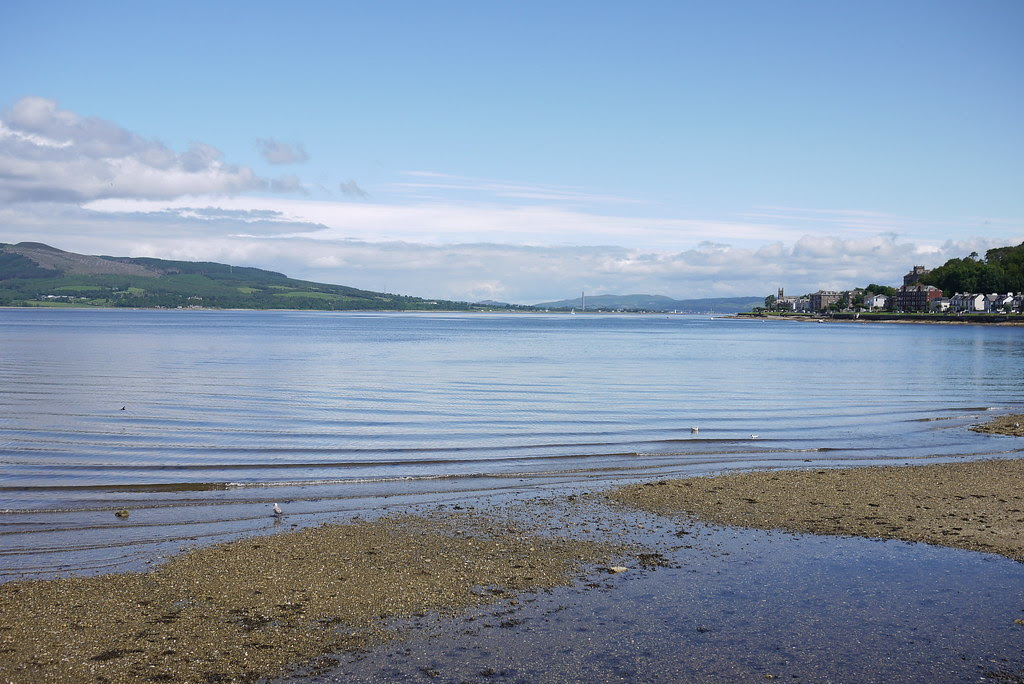 And then, once Rosie had her nice collection of sea glass, Tom had secured the beach from Decepticons (apparently), and I'd made some offerings, we went off to Rothesay Castle. I took some pictures of the outside last year when a friend and I had a day trip there (in considerably murkier weather), but it's amazing the difference a bit of sunshine makes to a place. Tom was particularly impressed by the canon outside the castle, which is conveniently aimed at where the curtain wall is damaged: 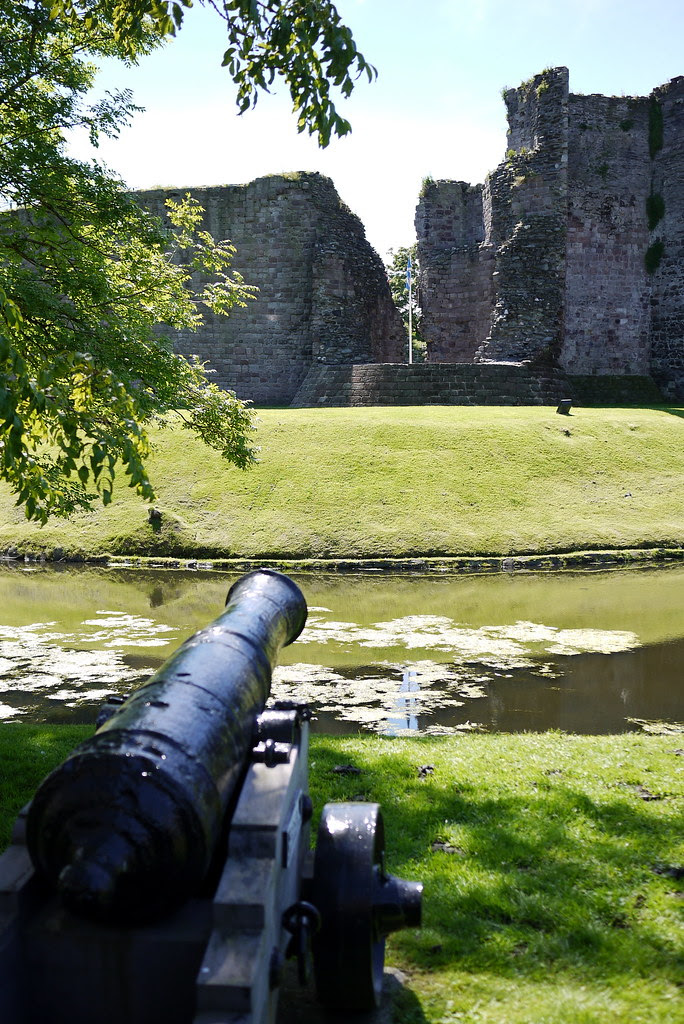 He ended up getting himself a canon pencil sharpener from the gift shop on our way out, which is currently being used to demolish a Lego castle to devastating effect. Near the canon were some baby swans, with mum and dad: 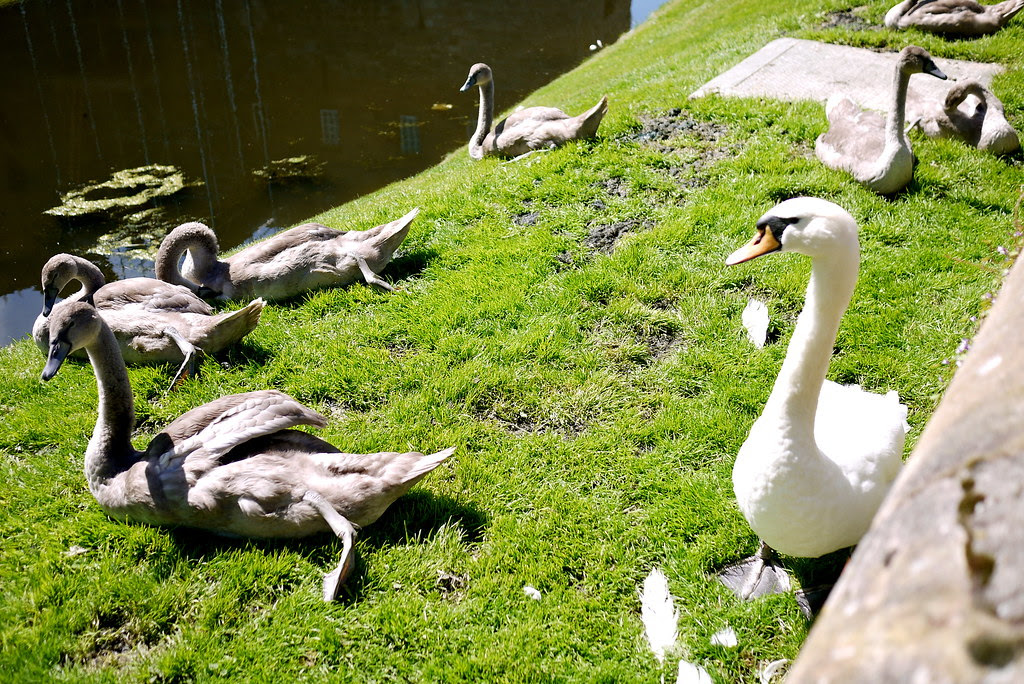 Mum and dad weren't too keen on all the attention the adolescent swans were getting, so I was glad there was a wall in the way, for sure. Having been mugged by a swan some years ago in Linlithgow, I know first hand that they can be quite terrifying buggers even when they don't have offspring to be looking after and they're just after the bread they know is in that bag there...

The castle itself is in a very ruined state and there's not much that can be climbed up at the moment - they're doing a lot of work on it. The gatehouse survives in fairly good condition and the first time I visited, some years ago now, the great hall there was being prepared for a wedding. It's a very grand setting.

The main part of castle itself is roughly circular, and originally had four round towers at each corner. Only two of the towers are still in much of a shape: 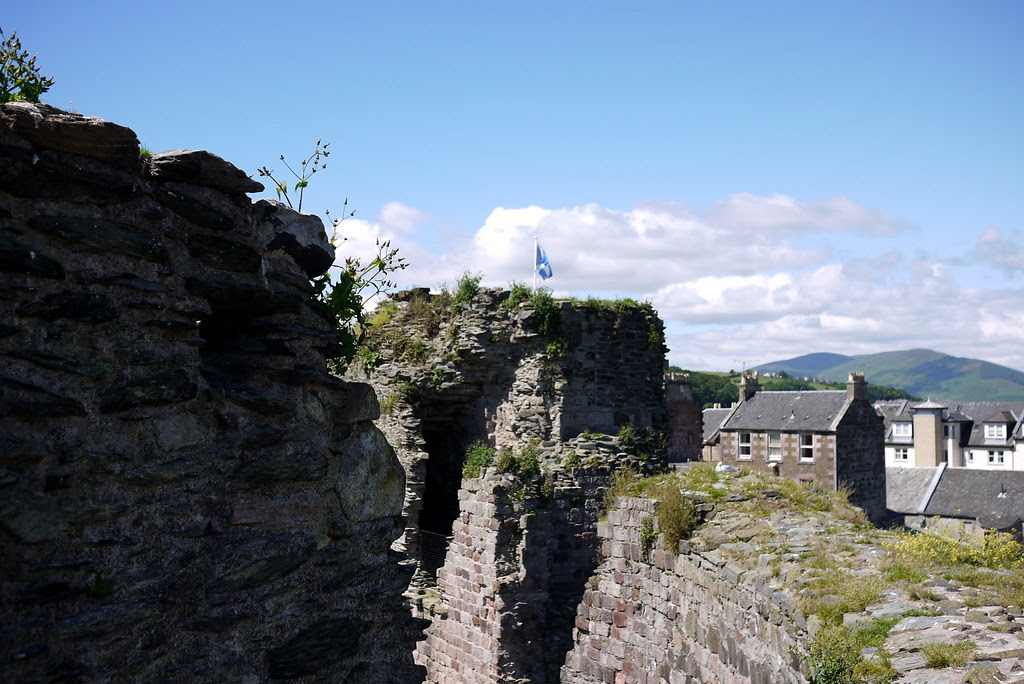 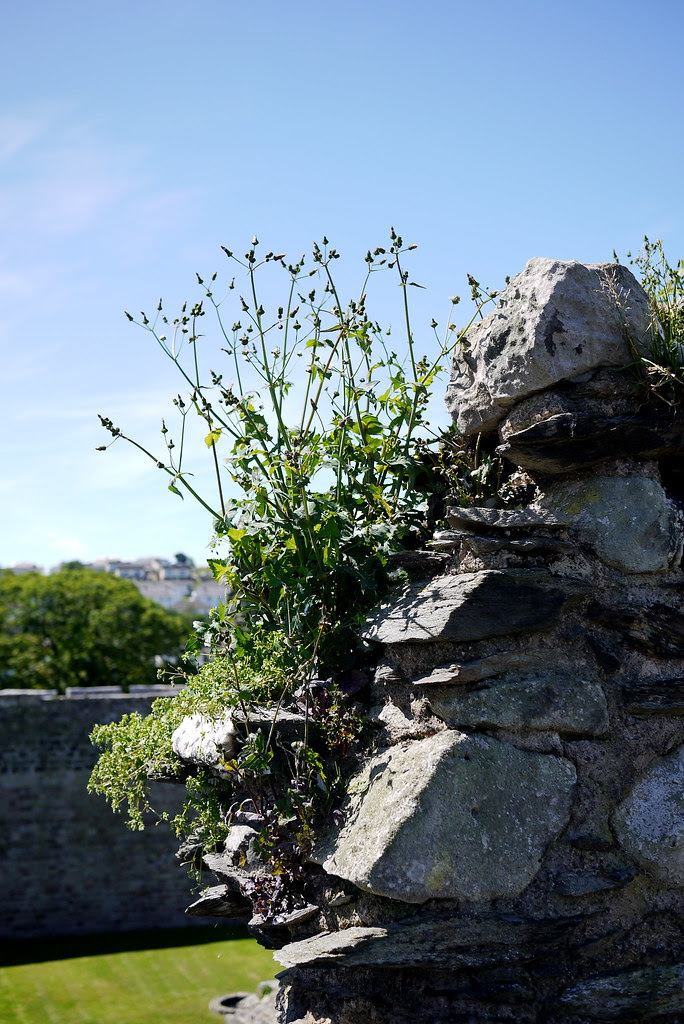 One of them was used for keeping pigeons as well: 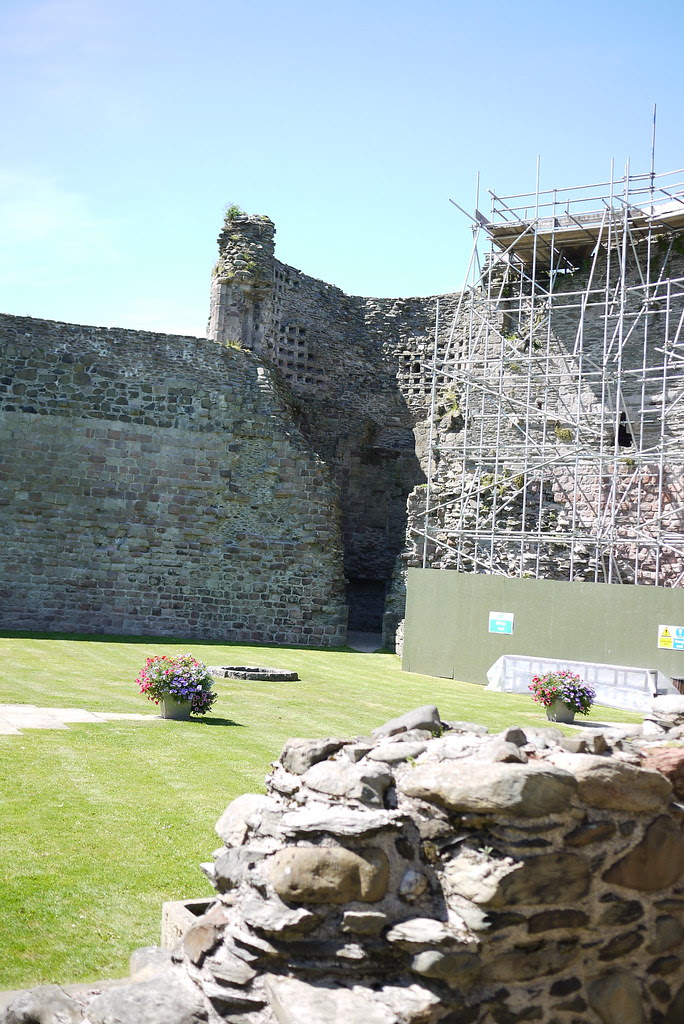 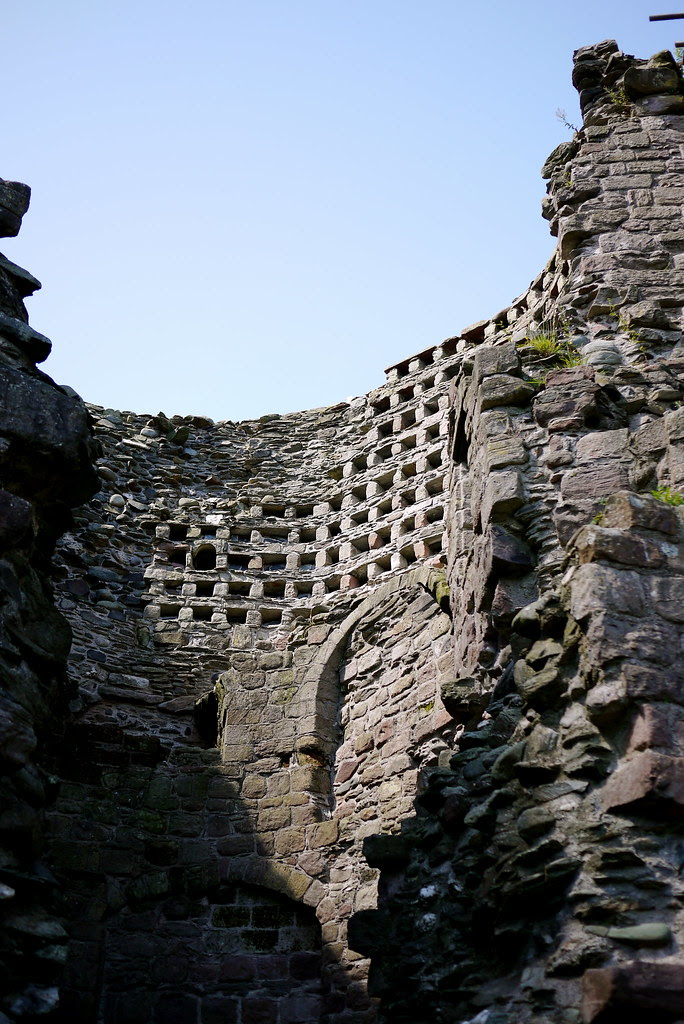 Inside the curtain wall were several buildings, but only the chapel survives substantially: 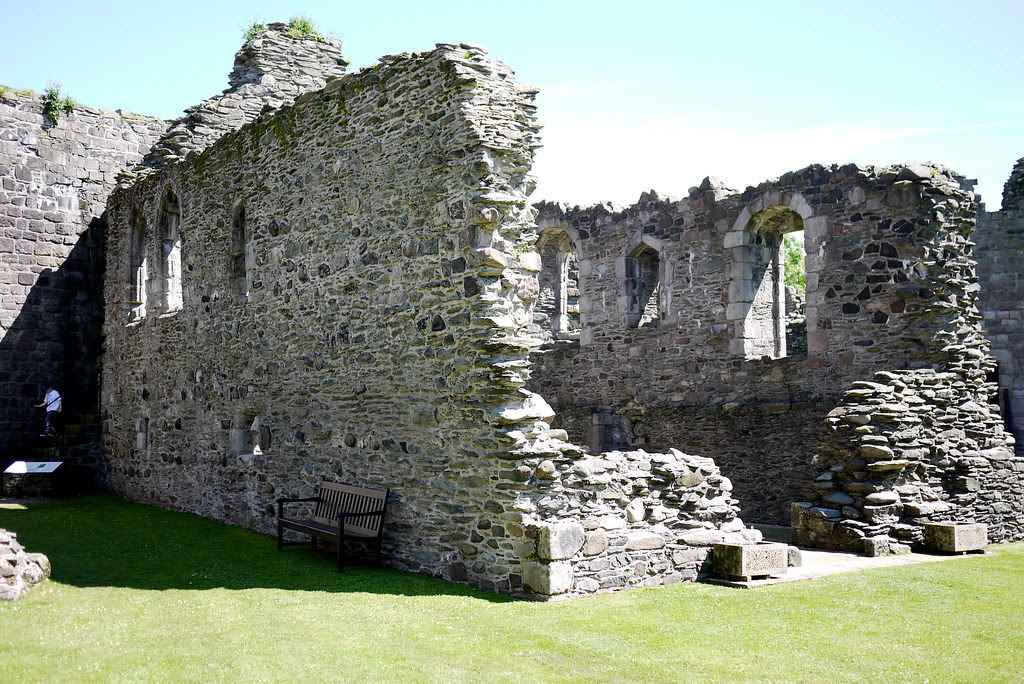 After we'd left we had a bit of time to kill before the next ferry home so we took a stroll around the town and visited a few shops. The town itself has certainly seen better days and it has a very shabby sort of splendour to it. The lampposts are great, though: 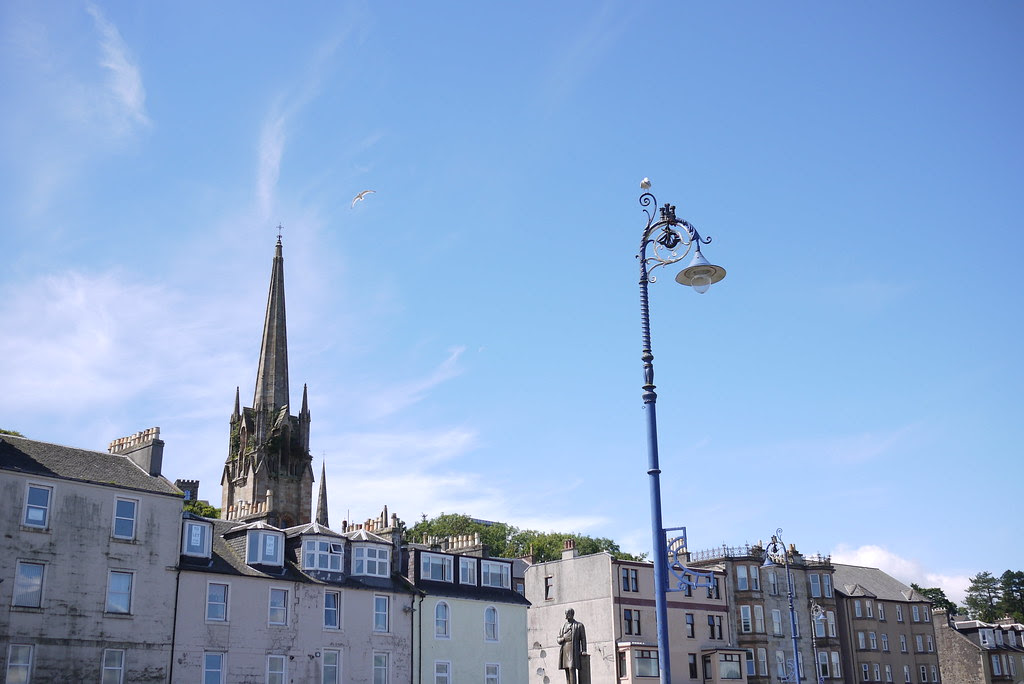 Returning to the subject of signage, however, I can't help but feel that this one is sending something of a conflicting message: 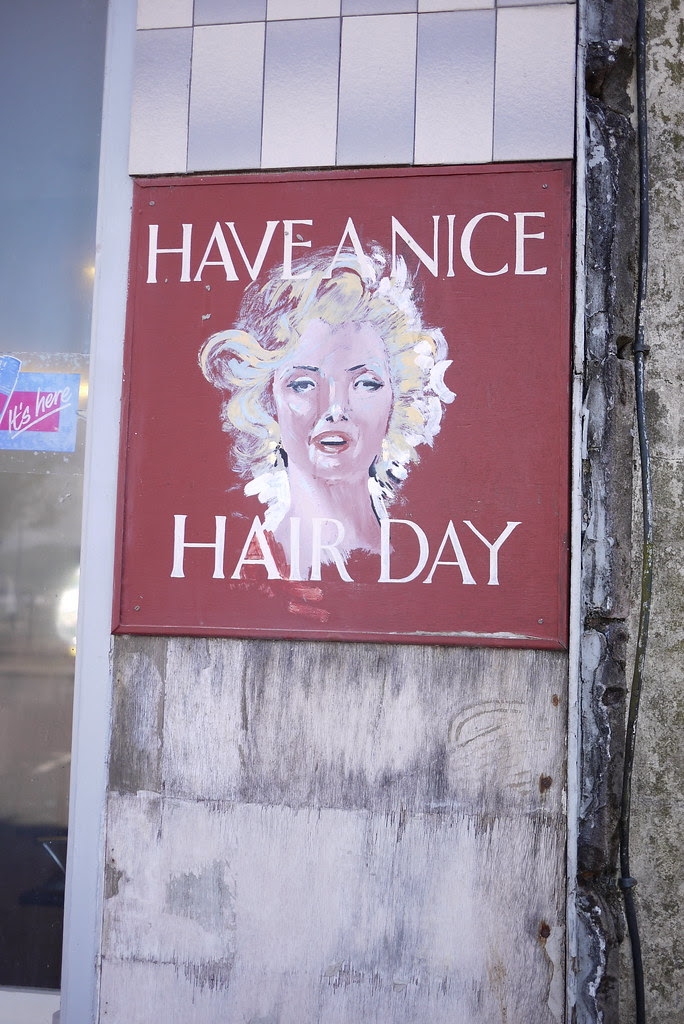 My mother will be coming to visit at the end of the month and wants to take the ferry over for a visit, to go and see the Mount Stuart estate as my friend and I did last October. I do hope the weather will be as nice as it was yesterday. We might end up taking the tour bus so we can see a bit more of the island as well - taking the car over is expensive but the island is beautiful and well worth exploring. Hopefully I'll have some good pictures then, too.
Posted by Seren at 13:04 No comments: