A nice wee video about the last man in Scotland to swim his cattle between the islands, only a couple of minutes long:

Email ThisBlogThis!Share to TwitterShare to FacebookShare to Pinterest
Labels: in the news

And now for something a little different...

It's a school holiday, so in amongst the wind and the rain, and a visit from my mother, we've been looking for things to do. Sadly the weather scuppered our plans for a trip over to the Isle of Bute or to Loch Lomond or Dunoon this weekend, not least because nothing's really open until Easter anyway, when the tourist season starts. So a trip into Glasgow was called for, and a visit to the Scotland Street School Museum where they have an exhibition on toys through the ages (or, for as long as the school's been there).

Anyway, the building was designed by Charles Rennie Mackintosh in 1909: 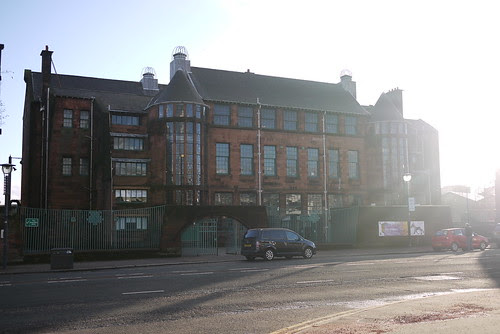 Although a photo really can't do it justice. It's beautiful, though, built in the typical red sandstone that most of the old Victorian tenements are around the inner city, but the windows are what gives it away as Mackintosh, along with the little details when you get up close. Or round the back: 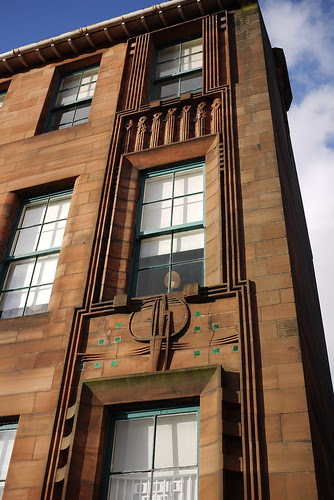 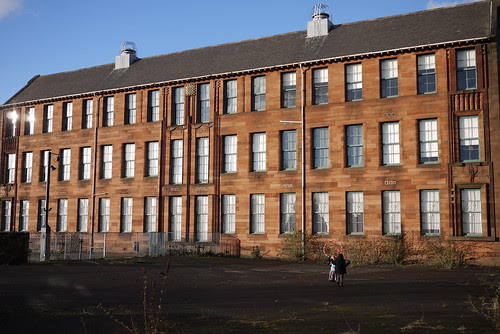 The school and the playground were originally segregated, one entrance for girls, one for boys. The fence you can see separated the girl's and boy's playgrounds.

Inside, it's very clinical, except for a few touches:

The original design was for large, dark tiles, but these were vetoed as too dark and impractical by the school board. I presume the hopscotches are a later addition to Mackintosh's original design...

Getting the design approved by the school board was a real struggle, and apparently Mackintosh ended up doing two drawings; one that was approved by the board, and one that added a few things back in, which Mackintosh then gave to the builders. The stairwells were a big bone of contention, in particular: 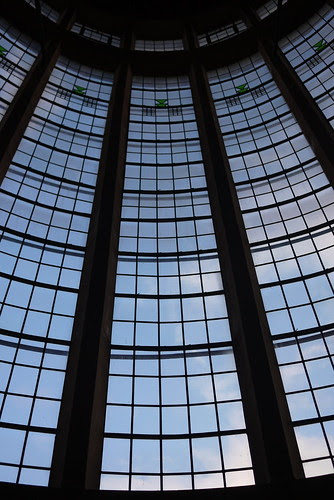 But I think Mackintosh was right to stick to his guns on that one. Now, a close up: 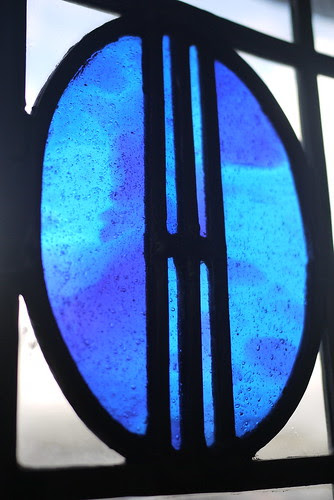 Of course, a school is nothing without children, and the museum has a nice touch with pictures of lots of them, stuck to the windows on the top floor: 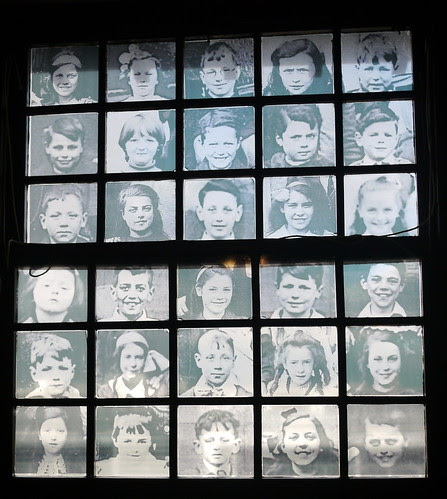 The school is in the South Side of Glasgow, so these were inner city kids, and likely poor. The girls were instructed in the fine art of cooking and cleaning: 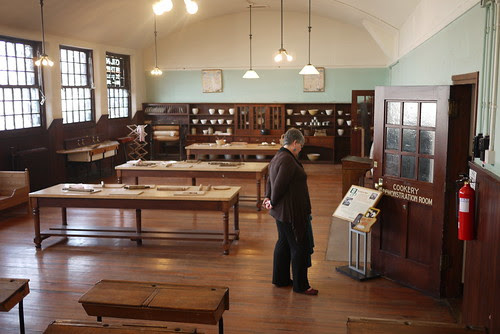 While the boys learnt woodworking and other sorts of practical skills. Everybody learnt how to read, write and add, of course. And during the war, were well-schooled in what to do during an air raid, and ultimately, what was needed for evacuation: 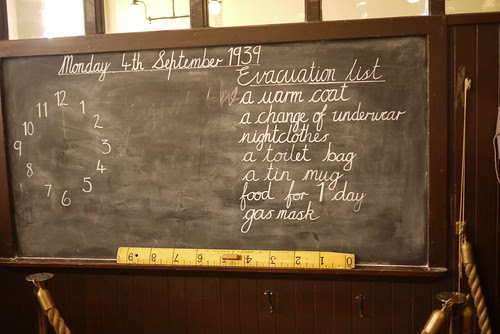 (In case you can't read it, it's an evacuation list detailing the need for a warm coat, a change of underwear, nightclothes, a toilet bag, a tin mug, food for one day, and a gas mask). Everyone was issued with a gas mask during the war, in case of gas attacks. Children were issued with these: 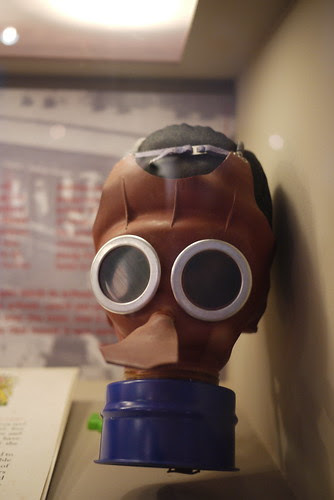 This is a Mickey Mouse gas mask (although I'm not convinced on the resemblance). The brown and blue colour scheme was an attempt at making it more appealing to children, compared to the usual boring black ones that adults wore. Although the school was built after Queen Victoria died, there's a reconstruction of a Victorian schoolroom, replete with dunce hat that Tom was only too happy to wear: 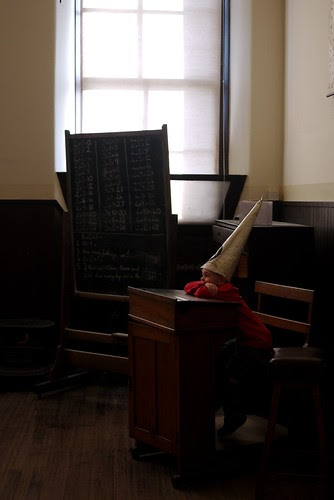