Lùnastal is weeks past so this is an extremely belated post but better late than never, eh?

So as with most years, one of the things I tend to do as the harvesting comes to a close is look at all the successes and failures I've had in the garden, and what that suggests for next year when the sowing season starts again. I haven't been able to do much in the garden so what successes and failures we've had are largely down to the slugs and the weather more than anything else, but I think the triumph of the summer has definitely been the fruit – especially the strawberries and golden raspberries: 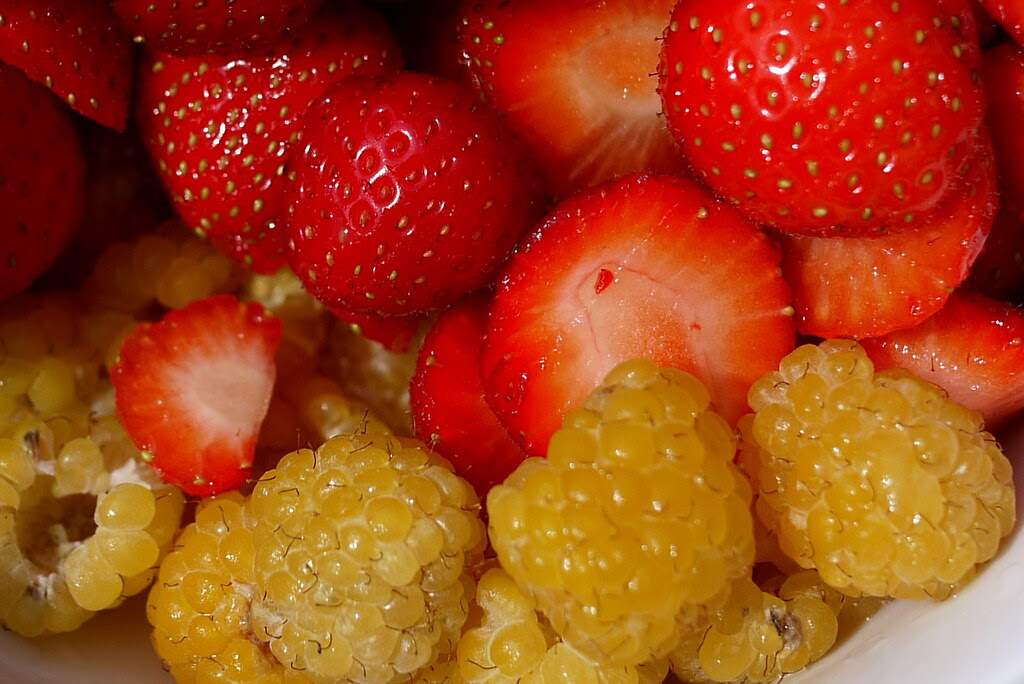 We had a massive glut of strawberries this year and the cold and late winter meant they were extra sweet and tasty. The golden raspberries were a bit of a surprise, seeing as they've never done much before now in all the years since I planted them and now they've all but taken over the back of the flower bed, which is no bad thing, all in all, but they were a little difficult to get to and they kinda strangled out the black currants.

With the veg, the leeks I planted never did anything and the carrots have been a little pathetic too. That's just down the fact that I really need to change out the compost, I'm pretty sure, but so far we've managed a spectacular harvest of one whole carrot, picked specially for Lùnastal: 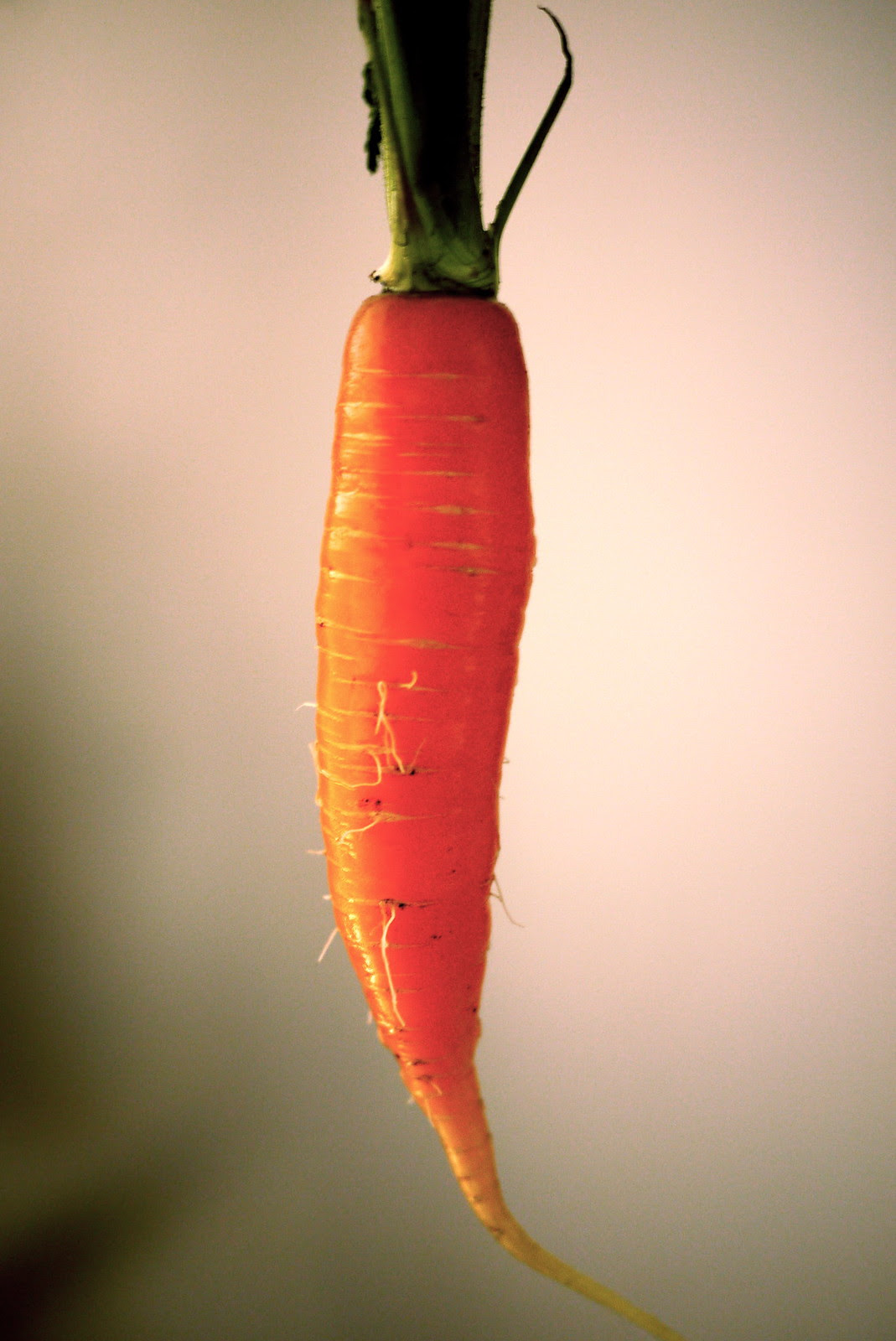 The rest are still soldiering on, and the onions are only just nearly ready now. The peas did very well but the extremely hot weather we had didn't suit the plants so much in the end and they've died off earlier than they did last year. The blueberries and blackberries have yet to ripen; with a bit more sunshine they should be ready soon – not soon enough as far as the kids are concerned.

Just like last year we celebrated Lùnastal on time, although just like every year it kinda snuck up on me and ended up with a bit of a flurry of preparations to get everything ready. The signs of autumn have come earlier than usual this year, perhaps the long heatwave we had has made the trees start changing colour a bit earlier. After a little tidying up of the house our festivities began with a late afternoon walk to the vantage point I usually make my offerings at for this time of year. I took the kids and the dogs with me and Tom wanted to know why I was giving food and milk to a hedge (as far as he was concerned), and who I was talking to (in "Garlic" as they insist on calling it), so I explained and there was a lengthy conversation on the way home with increasing excitement as the realisation that this meant a Special Dinner. It was decided there would be roast chicken with roasties and veg (including our tenacious carrot), followed by chocolate souffle with garden fruits to dip in the gooey middle: 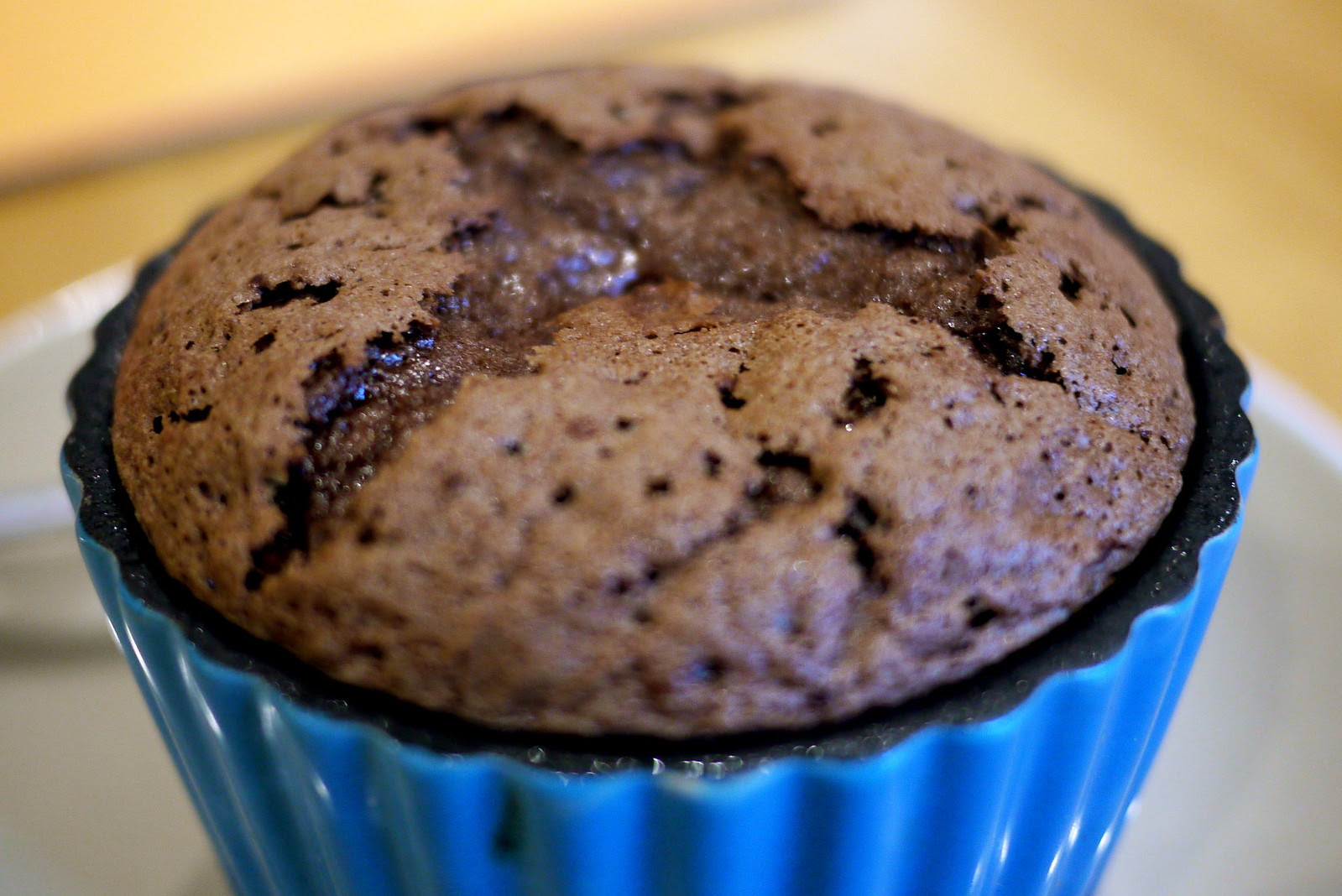 I enjoy cooking and every now and then I'll try something new. The chocolate souffle is the most recent pudding I've set out to perfect, and the rest of the family isn't complaining. But the fruit's healthy, right? I wanted to have some sort of harvesting theme involved, so it was fitting, at least (even if souffle's not exactly authentic), and while I was out in the garden collecting fruit and veg, I brought in some flowers for festive decoration as well.

After dinner and the kids were in bed I took some time in the evening to sain the house and make my offerings and celebrations. I offered up some poetry to Lugh and Tailltiu too, and since the night was warm and still and an owl was hooting loudly in the distance somewhere, I spent a long while just sitting outside in the dark, breathing in the salty sea air and listening to waves crashing onto the shore over the hill on one side, and the owl hooting off on the other. I spoke to my ancestors as I sat out there, and I addressed the spirits with a prayer for peace, and then I prayed to the gods too. Lugh isn't usually a deity that seems to want much to do with me but this year he seemed to be more present that I've ever felt before; I don't know why, really, but it was very much appreciated. I pledged to hold some games in Tailltiu's honour the next day, made some final offerings for the night and, eventually, slept the sleep of the exhausted.

I didn't have much time for games with the kids on the eve, so while we managed to fit some in we decided to make a special day of it the next day (with much enthusiasm from the kids). While the weather was beautiful on the eve itself, the day of Lùnastal itself was grey and wet – very autumnal and stormy, even – so the games had to be moved indoors. We were going to have some races and make an assault course in the garden, with a picnic and all kinds of other games, but instead we had cards, board games, and party games inside. With a picnic, if you can call a picnic blanket on the living room floor such. Mr Seren took the afternoon off from work (he's hardly had a day off in the past few months so having some time for all of us to relax and be a bit silly in a serious kind of way added to the festive occasion, I think) and played DJ for a talent contest at the kids' insistence, and then he beat us all at snakes and ladders, while Tom and I drew at the card games. Rosie won the talent contest and didn't sulk at losing cards or snakes and ladders AT ALL, and later proved that she's the queen of hide and seek by hiding in the shed for full on half an hour while Tom began to worry that she was lost for good. Rosie won the prize for most dedicated hider, which entailed her choice in a movie on Netflix because by that point we were all gamed out and in need of a sit down.

And now...autumn is very much here. There's a nip in the morning air, a bite and burgeoning fury in the winds, the blue skies have turned to their customary grey, and my son is no longer insisting on getting up at the arse crack of dawn just because it's light outside at 4am. Autumn is very much welcome around here.
Posted by Seren at 12:43 3 comments: