Last week I finally had surgery to try and help fix my back problems and I can say with absolute certainty that I still hate hospitals with the fiery passion of a thousand suns. It's not something I'm particularly keen to repeat, let's say.

It's early days yet and it's too soon to tell just how successful the surgery has been but as it is, things are much improved and I seem to be healing up nicely; touch wood it stays that way. For now I'm enjoying the novelties of being able to do exciting things like sit and walk again. That's nice. But I'm also facing the prospect of being able to do stuff and have a life again. Yay! The idea is liberating and a little scary at the same time, in a way, because being only a little less than housebound has meant that I've been holed up in a safe little cocoon for going on eighteen months. My world has been small and predictable in many ways, and stepping out of that is an odd sort of thought to entertain. Maybe I can get a job and be a productive member of society once more? That's going to have to wait a little longer while I see how my recovery goes, but the possibilities on offer could invite big changes. As I've discovered in the last week - in more ways than one - change can be painful and stressful, but sometimes it's for the better. One can only hope, anyway.

In the meantime, one of the things I could do is get back into my Gaelic lessons; I had to give them up when my disc went but hopefully now I might be able to think about going back and pick up where I left off (with a bit of revision over the next few days...). Lessons start next week so if I continue improving then it might be doable and hopefully this time I won't get so frustrated at the slow pace. I'm ultimately hoping to be able to find a way to get some sort of qualification in it; I think for me it's the best way to stay motivated, but that costs money and these lessons are free...In the current economic climate I'm surprised they're still going at all but I'm certainly not complaining.

Going back to the whole surgery thing though: It's been a long journey to get to this point, mainly because my bog-standard, boring old prolapsed disc didn't present itself in the usual manner, which apparently confuses orthopedic surgeons who lack the imagination or foresight to actually listen to their patients (I'm not bitter...). Along the way I've tried to look into ways of dealing with it from a spiritual perspective, if anything to find comfort, and maybe grow and learn a little. I don't believe the gods are there to hold my hand and stroke my hair and make it all better, or shield me from the kinds of trials and tribulations that tend to come everybody's way now and then. Nor do I believe that when bad things happen that we're being punished for something we've done that's wrong...But I do believe that they can offer some comfort in the right circumstances while remembering that first and foremost, one must help oneself, because shit happens. And when it does, at least you're not alone.

So aside from seeking comfort and even perhaps a little wisdom and understanding in it all, I tried looking for the kind of things I could do. With limited success, to be fair (and funny how I revisit the subject almost a year to the day), but recently I did find something from an Irish source (though not too helpful to my circumstances) and an anecdote in Mary Beith's Healing Threads about a journalist who saw a wise woman about his sciatic problems back in the 70s, and he was given a thread to wear. Beith says that much to the man's surprise the threads worked until they got worn and broke, at which point the pain soon came back. So I thought that maybe I could do something like that myself; maybe not as effective as getting it from a bonafide fiosaiche or ban-fhiosaiche, but it's worth a try, right?

It so happened that while Rosie was helping me make the wind-chimes for the garden she found some extra wooden beads that were plain, so she painted them and snuck them upstairs to get Mr Seren to help her thread them. She then proudly presented them to me, saying I could take them with me to hospital and they'd help me get better. That seemed like the perfect sort of thing to adapt to my purpose, and so I have, though a bracelet isn't really feasible for a variety of reasons so I've made a sort of key ring instead.

And now...I'm looking forward to having the opportunity to get out and about; enjoy the beach, walk the dogs, take a walk through the woods and watch the autumn unfold...I managed to go pick some brambles just before I went into hospital and with the cold weather starting to bite hopefully I'll be able to go get some more soon. It's a bumper harvest this year: 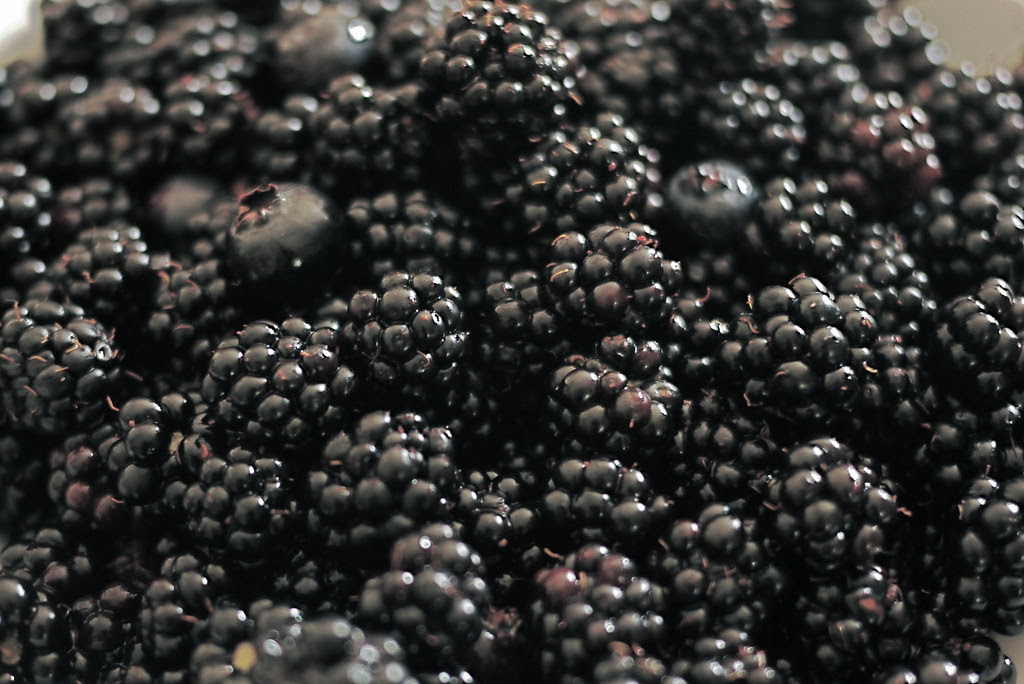 I have some rounds to make, offerings and thanks to give. At times it's been a struggle to keep grounded and connected. I'm sure most people can agree that having to deal with pain or illness on a long-term basis can be incredibly wearing. Exhausting, at times. There are times when compromises have to be made, ambitions have to be lessened somewhat, or else there are just not enough spoons left to do much of anything at all. In amongst it all you can end up feeling a little lost or disconnected.

You learn to adapt, and work within your limitations as much as you can. You focus on what you still have - all the many wonderful things, and I'm not talking about faith or belief or personal practices, or material possessions or whatever; I'm talking about community as well. There's a ways to go yet but in amongst all of this the kind of support I've received from close friends (online or in real life, in or out of the CR community) and people I maybe don't know so well yet; people who've commented here with good wishes, or else listened patiently to me while I moan and wail, offered wise words and prayer, or sent the occasional wonderful surprise in the post that brightened my day more than you could know...I think in many ways those are the things have meant the most to me, and makes me realise not just how lucky I am, but how great this community can be.

I want to thank you all for that. Words seem a little inadequate, really. But seriously. Thank you.
Posted by Seren at 16:30 7 comments: