And so we have the final part of the scintillating trilogy of 'stuff what I did when my friend came to stay.' I'll spare you the updates on what I did when my mother and nephew came to visit the day after, for the rest of the week. But it's hard, being sociable. Especially if it involves having my mother come to stay...

Anyway. This pretty much sums up the weather of the last week or so (glorious sunshine just now, though. Of course): 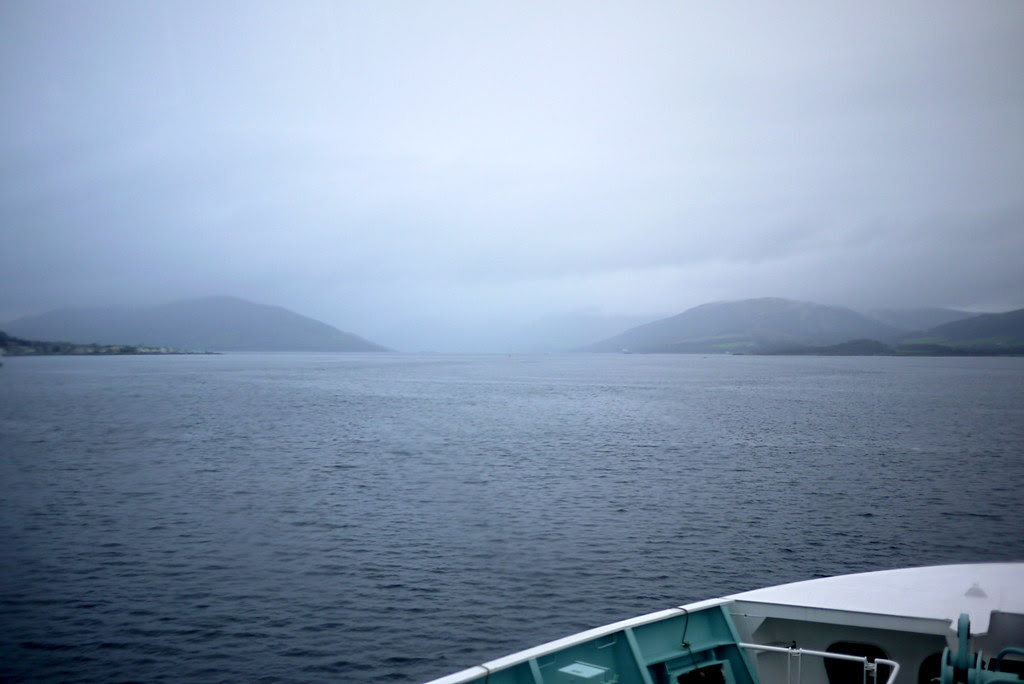 I think it officially qualifies as dreich.

The view is from the ferry we took over to Bute on Monday (in case you hadn't noticed the bit of ship down in the corner there). I think the view there is looking towards Loch Striven and the Argyll mainland, with the edge of Bute just in the left-hand corner there. To right, just out of shot is Toward (the 'tow' as in 'towel', not 'to-ward'), where there's a lighthouse that you can see flashing every night on the shore of the village beach where I live. It's a place and a view that gives me calm and clarity, breathing in the cold, salty air and seeing the lighthouse flashing, flashing, as I look across the shimmering waves on a clear, bracing night. This is the view that I look to as I speak to the wind and the gods when I need a bit of deep thinking and to dust off the old brain. This here is peace.

My friend and I have taken a trip to Bute before, and on that occasion we tried to take a visit to Mount Stuart. We waited an hour or two for the bus to arrive, and when it finally did the driver told us that he could take us there but the house was closing in ten minutes. So it ended up being a fruitless effort, and we went to Rothesay Castle instead.

This time we (as in I) planned things a little better and made sure that Mount Stuart would be open for the whole day, and we finally made it there with not too much trouble. Unfortunately we weren't allowed to take photos when we were in the house, but the place is absolutely stunning (if you click on the link above you can take virtual tours of the most impressive rooms, well worth it, I think); the marquess who built it was fascinated with astrology and Greek goddesses and the like, and the great hall is dedicated to all of the astrological signs (depicted in stained glass windows), with the constellations marked on the ceiling in silver and crystal, along with the mythological characters each constellation represents painted on as well.

The whole house is amazing - the details, the marble, the carvings. Even the knobs have knobs on. It can only be viewed as part of a tour, and that was pretty limited, but we were still impressed by what we saw. I have to say, though, we both came away thinking that as fantastical as the house is, the money it took to build such a huge monument could probably have been spent in far better ways that would have actually done something for society...

We could take photos outside, but given the incessant rain we weren't really keen on braving the damp for sake of some very dull photos. I did get a few, though. Dalek windows: 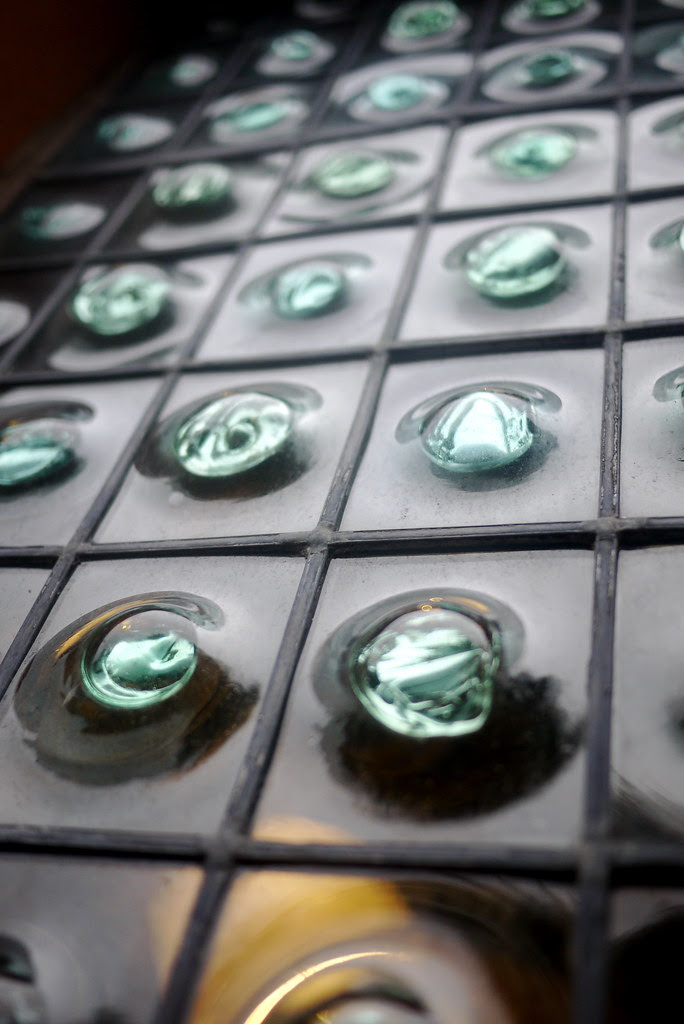 And a wee peek at the building itself: 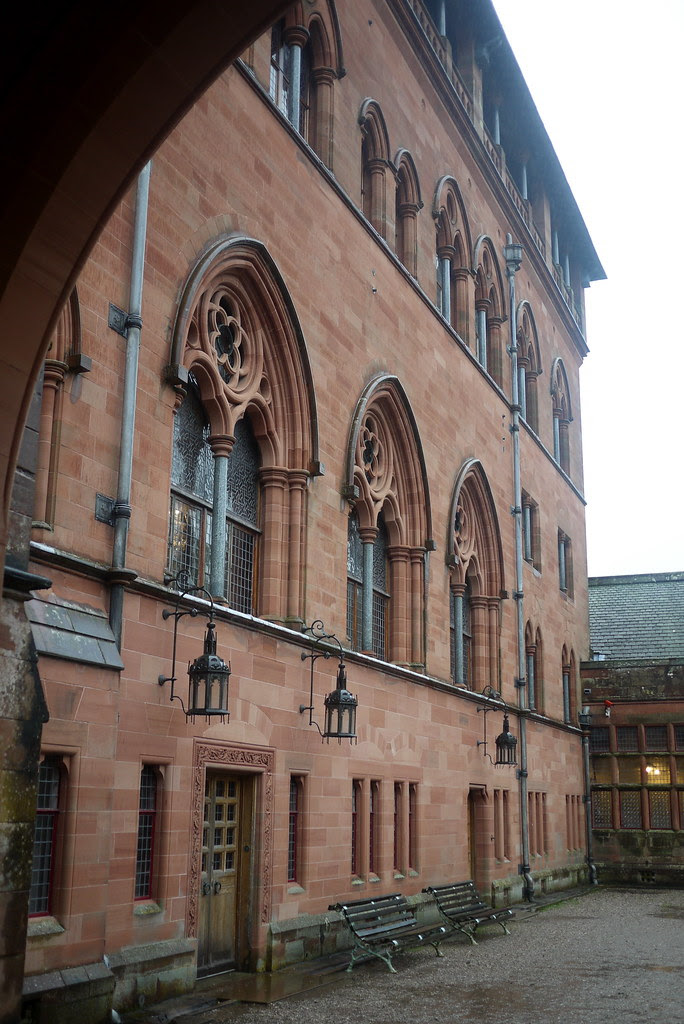 Back into Rothesay, the main town on the island, we took a stop back at the castle, which nestles right in the middle of the town now. It's mostly a ruin and for some reason the first time we visited the castle I didn't take any photos of the building from the outside. So oooo, purty: 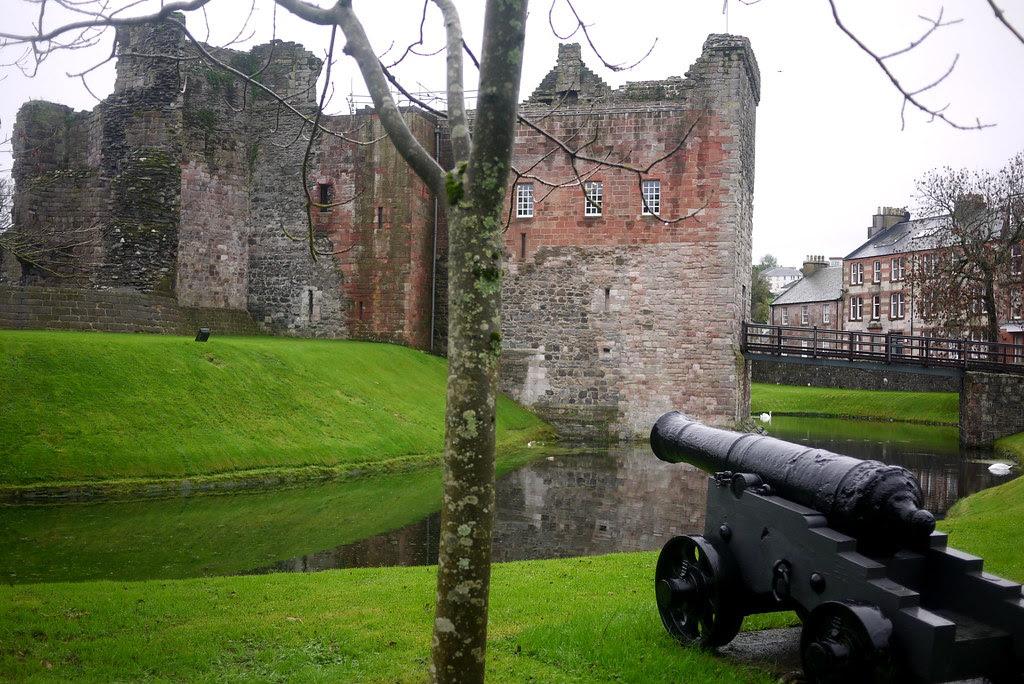 This doesn't seem to be the most effective moat in the world, for defensive purposes, anyway: 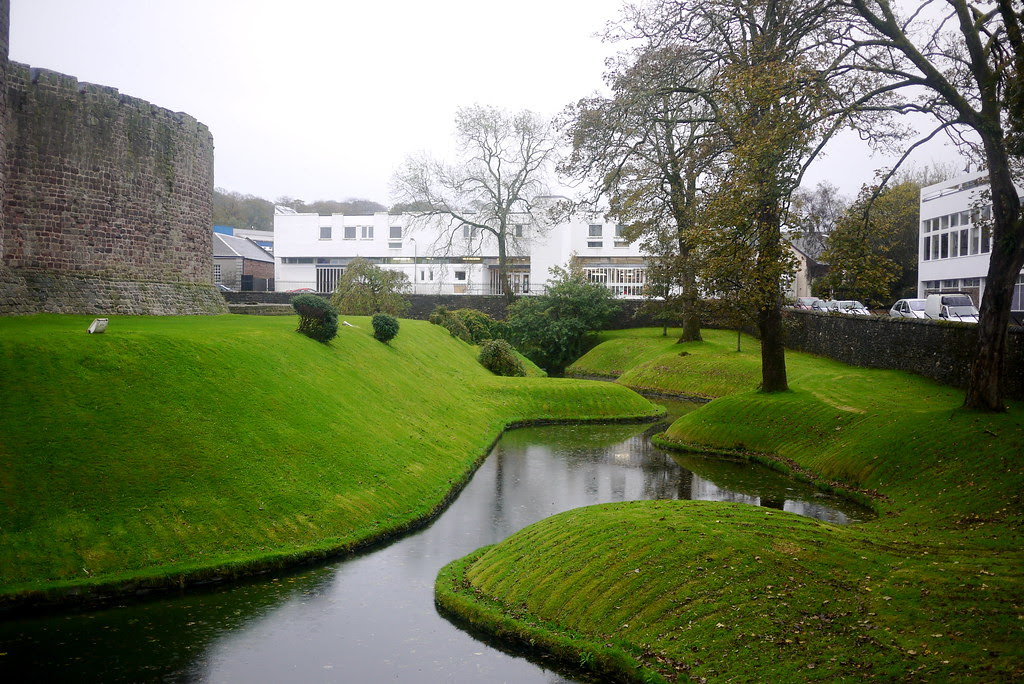 And looking in to the inside: Time to go, and it wouldn't be a proper tourist spot without an appropriately twee and Scottish signpost, would it? 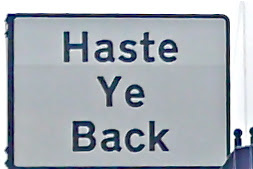 Oh alright, maybe just one photo from when my mother and nephew came to visit...Tom tempting the sea: 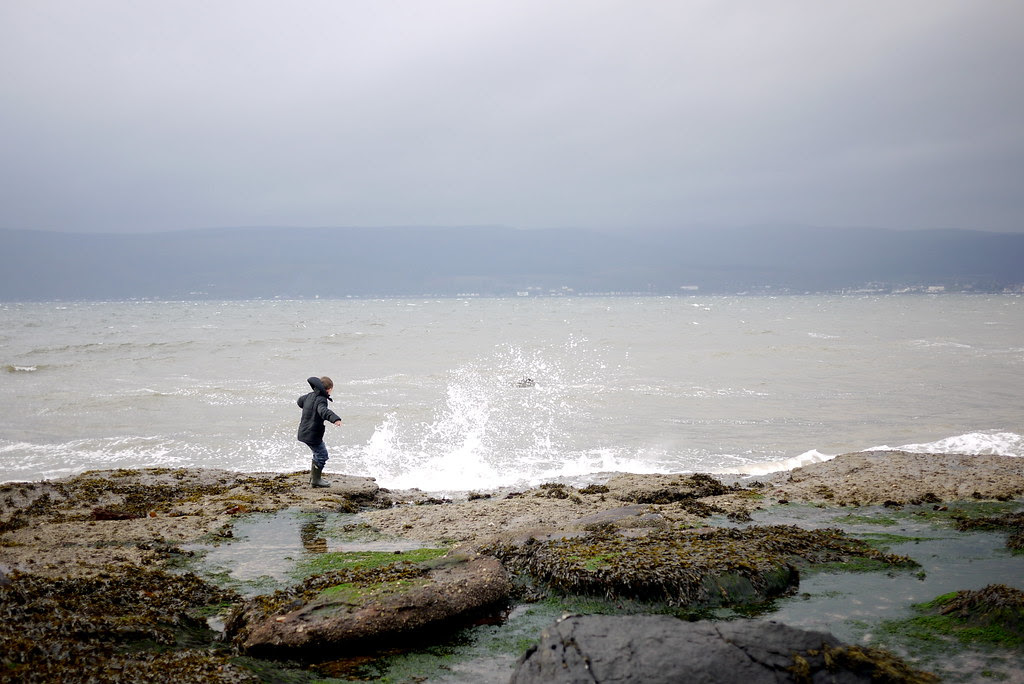 The Storm Hags have certainly been busy round these parts.
Posted by Seren at 14:17 2 comments: