How does your garden grow...

There have been some successes and failures in the vegetable garden, so far...

As far as the failures go, I lost all of the leeks, beetroot, cauliflower, cabbage, rocket, cucumbers (my only losses to slugs so far) and all but two of the broccoli from the first round of sowing. They just didn't tolerate going outside at all, even though I waited for it to warm up considerably.

So this is what I have from the survivors, and the second attempt at starting over with the rest: It's a bit of a rag-tag mob at the moment, and I've still got more seedlings to transfer into the remaining bags that I have...I think these must be the most expensive vegetables ever, given the amount I've had to spend on compost, and I should've order a composter so I could make my own for next year, really, but seeing as I thought we'd be away for the summer I didn't bother. I might still. And hopefully I'll be able to use what I've already got now for next year.

The carrots are starting to turn orange now: 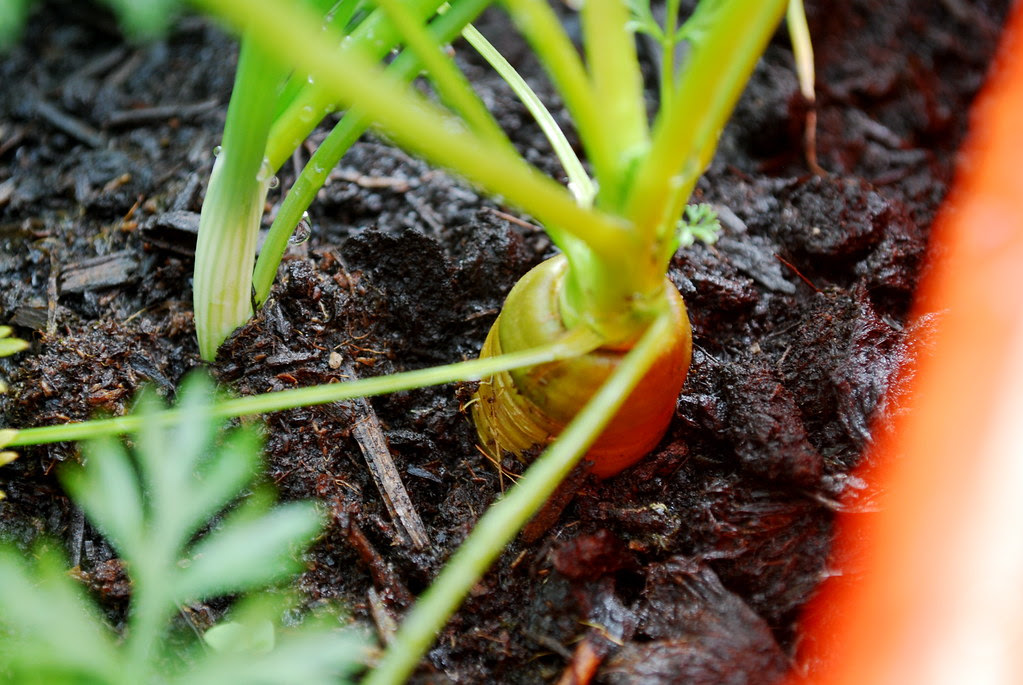 Or some of them. I think they might be ready in a month or so now, so I've sown another batch to see if I can get two crops this year. And I put some tumshies/swedes/rutabagas in: 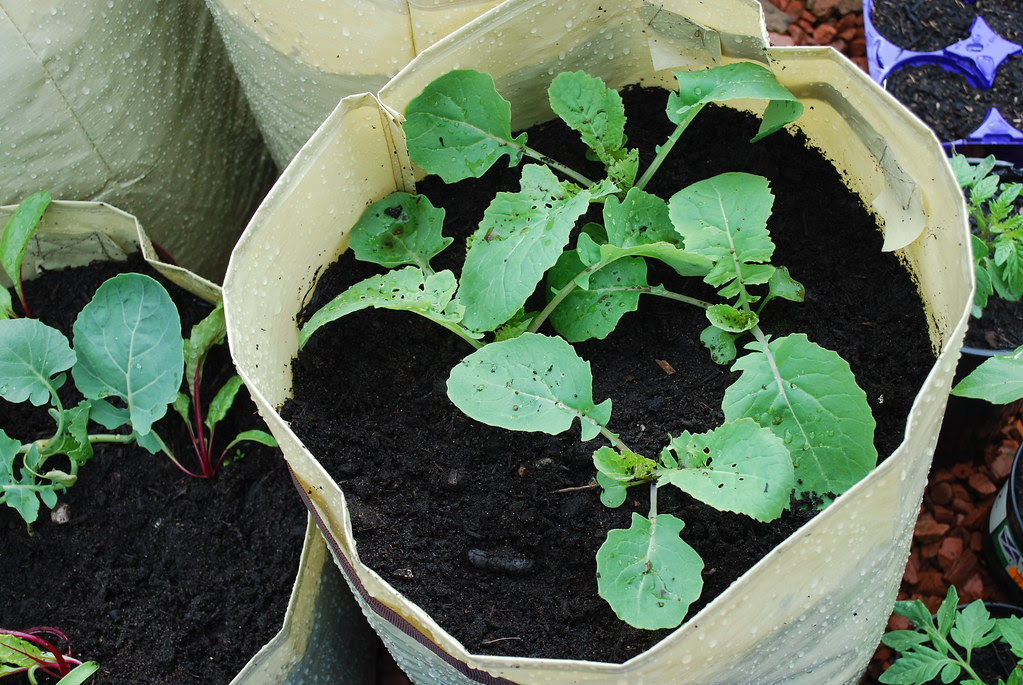 Which have grown very quickly. I'm hoping they'll be ready for Samhainn, for carving, but I'm not quite convinced on that. The morning frosts didn't finish until quite late in May, so everything is probably going to be a little later this year.

The slugs don't seem to have found the survivors yet, which are coming along nicely (bit worried about the tomatoes, though, they don't seem to be doing much. In spite of the fantastic weather we've been having, my neighbour is of the opinion that it's too cold for them without a greenhouse). It seems either the dry weather - and it's been very dry - and the bags I've been using have been deterring them, or else my neighbour's chemical warfare against our Slug Overlords is drawing them away from my side of the fence. So far I've succeeded in staying organic, but it has to be said the bright blue pellets all over the neighbour's flowerbeds adds something of a jaunty air to his garden...

Anyway, what I really wanted to write about was ritualising this whole process. I've got the basics down, I think, but I'm kind of feeling there's something a little lacking in it all; I think I'm starting to need something a more formal focus in my practices in general, and trying to get this whole sowing and growing ironed out in my head has made me realise that moreso than ever since the thought lodged itself in my head.

So far I've been following a few ideas I've had. Looking at the Carmina, I've got the general gist of what I should be doing, and had some ideas of my own: I've sown and then transplanted everything around the new moon, I've sown the seeds sunwise in the trays, and then watered them in the same way. For the first watering I've been using a few drops of the water I collected at Bealltainn, which I keep throughout the following year and use for sainings and so on. Of everything, the strawberries have been the first to provide something ripe - two berries, so far - so I left the first one as a 'sacrifice' of sorts, in thanks. It seemed right...The second one was very tasty, just like the ones I used to pick with mum at the Pick Your Own farms that we used to go to every summer when I was wee. Proper strawberries. Strawberry.

Some of this is based on the Conscecration of the Seeds in the Carmina, and while it's for corn rather than vegetables, I don't see why I can't adapt it to the sort of crops I'll eventually be harvesting. And I've just found reference to the use of an egg or brunie (oatcake), placed in the bottom of the basket (the kishie) the oats were carried in on Shetland, which was then kept in the basket until harvest. Keeping the egg or brunie whole would ensure the safety of the crop, which makes sense, symbolically.

My problem, as always, it seems, is with the words. So far I've been making up something on the spot, a charm/blessing as I sow and water, but I want something...proper...for want of a better word. But finding inspiration for that hasn't arrived as of yet. And pretty soon I'll be having to think of something for when I harvest everything, too. This example gives a good idea of things I can do then. Experience tells me the words aren't something I can force, but it's making me feel a little frustrated in the meantime. Boo.
Posted by Seren at 22:34 No comments: