While most of Britain basks in a last gasp heatwave, it's business as usual round these parts. It's a wee bit warmer than usual for this time of year, yes, but no less wet and generally grey. An Cailleachan have been busy battering the coast and the autumnal colours are decidedly dampened on the trees here. Offerings were made to them at the equinox, but otherwise things have been pretty quiet.

The berry harvest has been good though - we've missed the best of the brambles, I think, but our own blueberries are still going strong. Our old friends, the baby snails, haven't disappointed: 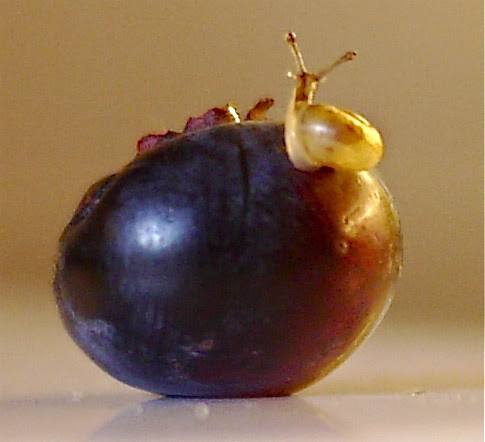 But with careful removal of said friends, to avoid any extra accidental protein, we've had a good harvest so far and it's given me an excuse for some of these: 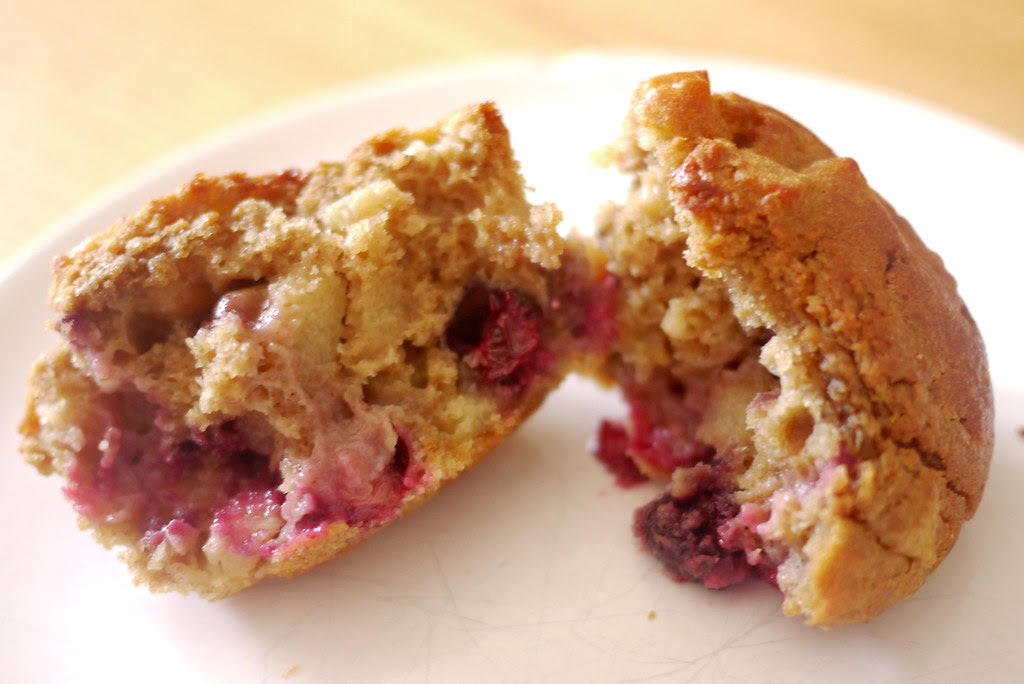 Although the recipe could do with some perfecting. Practice makes perfect, no?

And we've got some raspberries! Of the two bushes I've got in the flowerbed, this is the first year either one of them has put forth much in the way of fruit, and most of them have gone to the wee beasties in the garden, I think. The standard raspberry bush ended up getting crowded out by weeds and bushes that need trimming, I think, but aside from the other bush getting blown over, we have a modest amount of golden raspberries promising: 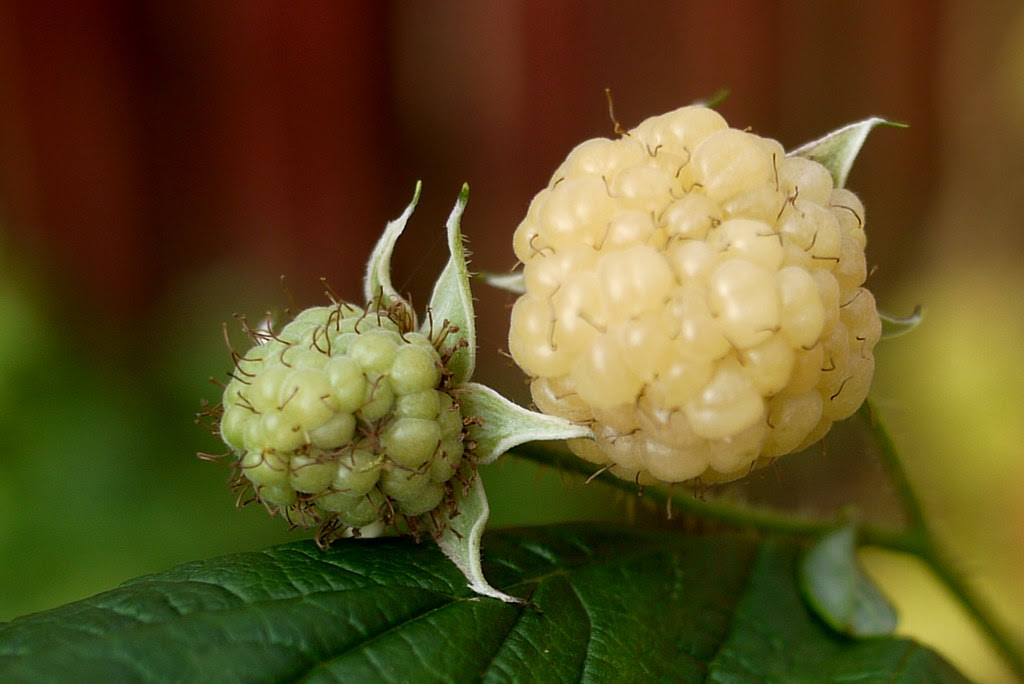 I've never tried them before, I don't think, though there are a lot of bushes that have spread and gone wild in the village. Rosie and I picked the only two that were good for eating, and Rosie bravely volunteered for a taste test: 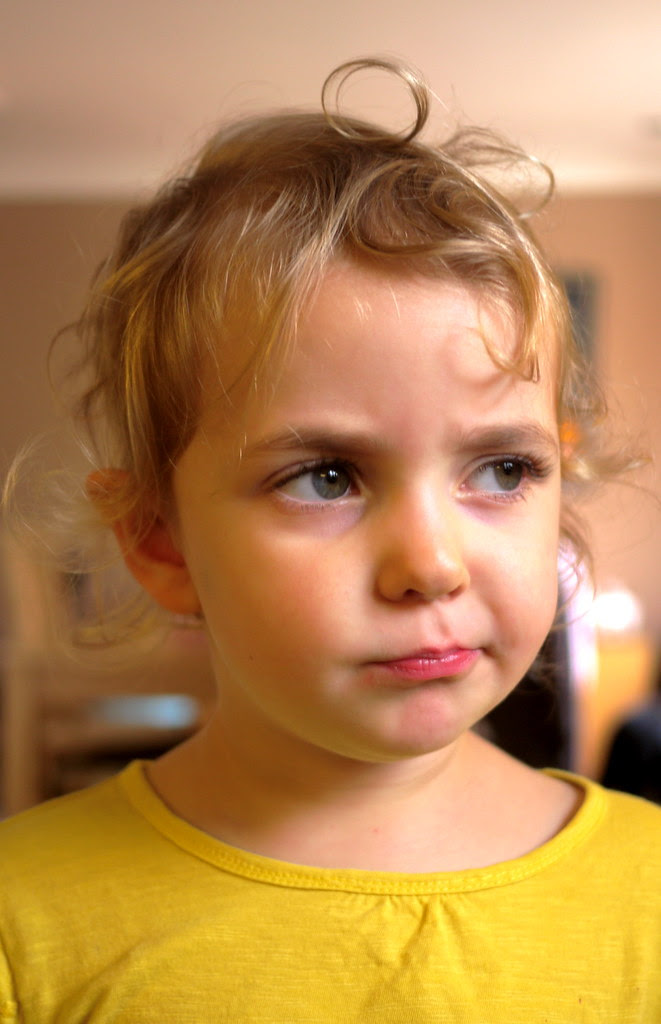 It turns out they taste exactly like normal raspberries. They were met with approval.

The warmer weather has been good for the veg I've still got growing - the onions are about ready now, I think, but alas, after our berry harvest on Wednesday I decided to prune down some flowers that were crowding everything else out and that knackered my back again. Not as bad as it has been, but not great, and the onions can wait a while longer until I can walk again. The good news there is, I've at least been reassurred that fibromyalgia is an unlikely diagnosis for me - I just have the bog standard variety of chronic pain. Yay me.

With the pruning out of the way, however, I'll be able to get at my little devotional space I've arranged and set aside in the flower bed. It's been sadly neglected like most other things this year, but it seems something doesn't mind that because I startled a tiny wee frog as I was pruning. Sorry froggy. But I'm glad you found a home here.
Posted by Seren at 18:41 3 comments: