Scotland has the dubious honour of being one of the only countries in the world where a locally produced fizzy, caffeinated beverage outsells the number one fizzy caffeinated beverage in the world, Coca Cola. It's safe to say that Scots like their Irn Bru, not least because you get a generous 20p back on each glass bottle you return to the shops for recycling...

And so inevitably today, with the kids celebrating St Andrew's Day at school and Tom being duly dispatched with something tartan attached to his uniform, as requested, it was inevitable that as part of their 'traditional Scottish fare' on offer, he got to sample some of this: 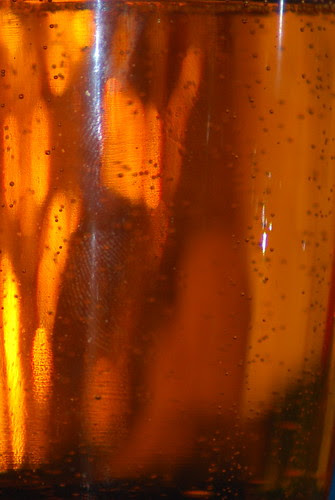 The nation's beverage (made from Scottish girders). Along with some Tablet, and some shortbread.

I recommend checking out the Wikipedia page for the Irn Bru, by the way...

But also, the kids got to perform some traditional Scottish songs, and Tom's class did Katie Beardie. I can't find a decent video for that, so instead, I shall post a few videos of other Scots favourties in honour of the day. The first one:

Is commonly sung as a lullaby to babies. The next one is a personal favourite of Mr Seren's:


But my personal favourite is this one:

And with that, Happy St Andrew's Day! Oh, and don't forget The Haggis Hunt.
Posted by Seren at 17:19 No comments: Links to this post