It's been a quiet month, blogwise here, mostly because I've not been up to much up until recently, and partly because I started writing this post and then kind of forgot to finish it... But as far as the "not being up to much" part goes, I'm making up for that now that I'm a little more mobile. And I have a new macbook to play with! I'm still trying to remember the old shortcuts for everything...

But Bealltainn came and went without much of a hitch. We had to spread things out a little, but there was the requisite cleaning and tidying, followed by the churning and feasting, baking and eating, offerings, devotions, saining, and the making of charms: 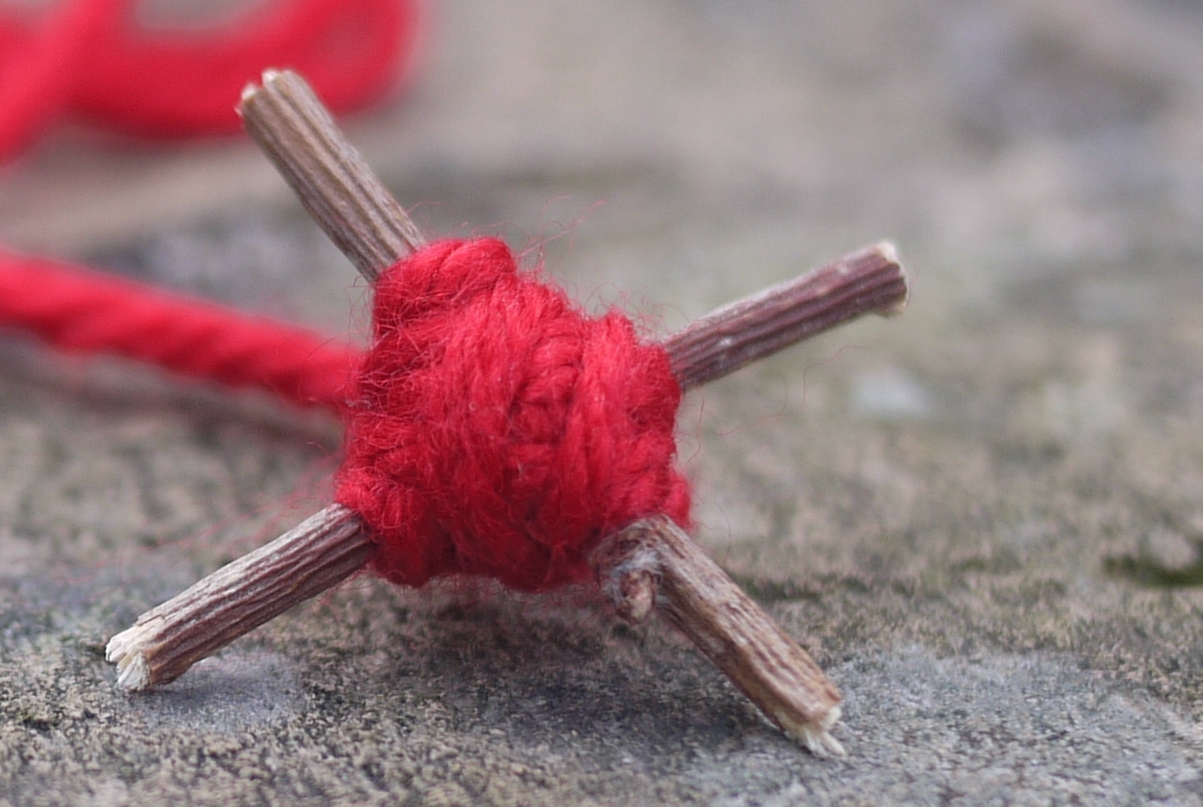 We also collected some dandelions from the garden to make a posy: 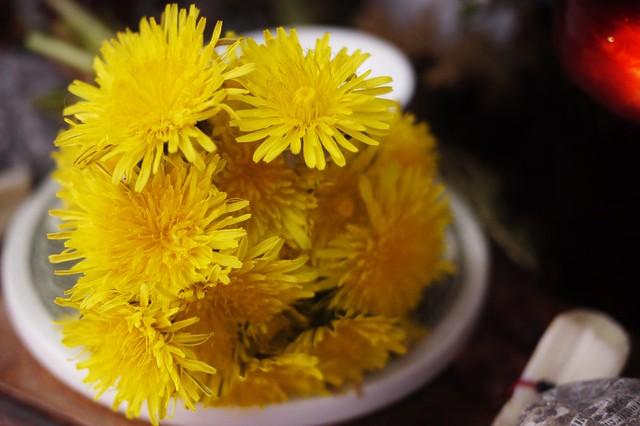 And that became part of an offering to a nearby rowan when we collected some of the wood.

Thanks to my drug-addled brain convincing me that there are in fact 31 days April, we were a little slow off the mark and most of our celebrations began on the day instead of the eve, but that didn't seem to impact anything negatively; if anything, it gave me more time to myself to get things done while the kids were at school. Somehow, in spite of all the planning and preparation, these things always seem to manage to sneak up on me, anyway...

For our feast we had some roast lamb, which I was intending to serve with some bannocks; I didn't quite have the energy or strength to make them at that point, so the bannocks came a day or so later with some stovies for dinner; I made two lots, one a Fife bannock, one a Brodick bannock. The Brodick bannock is still my favourite: 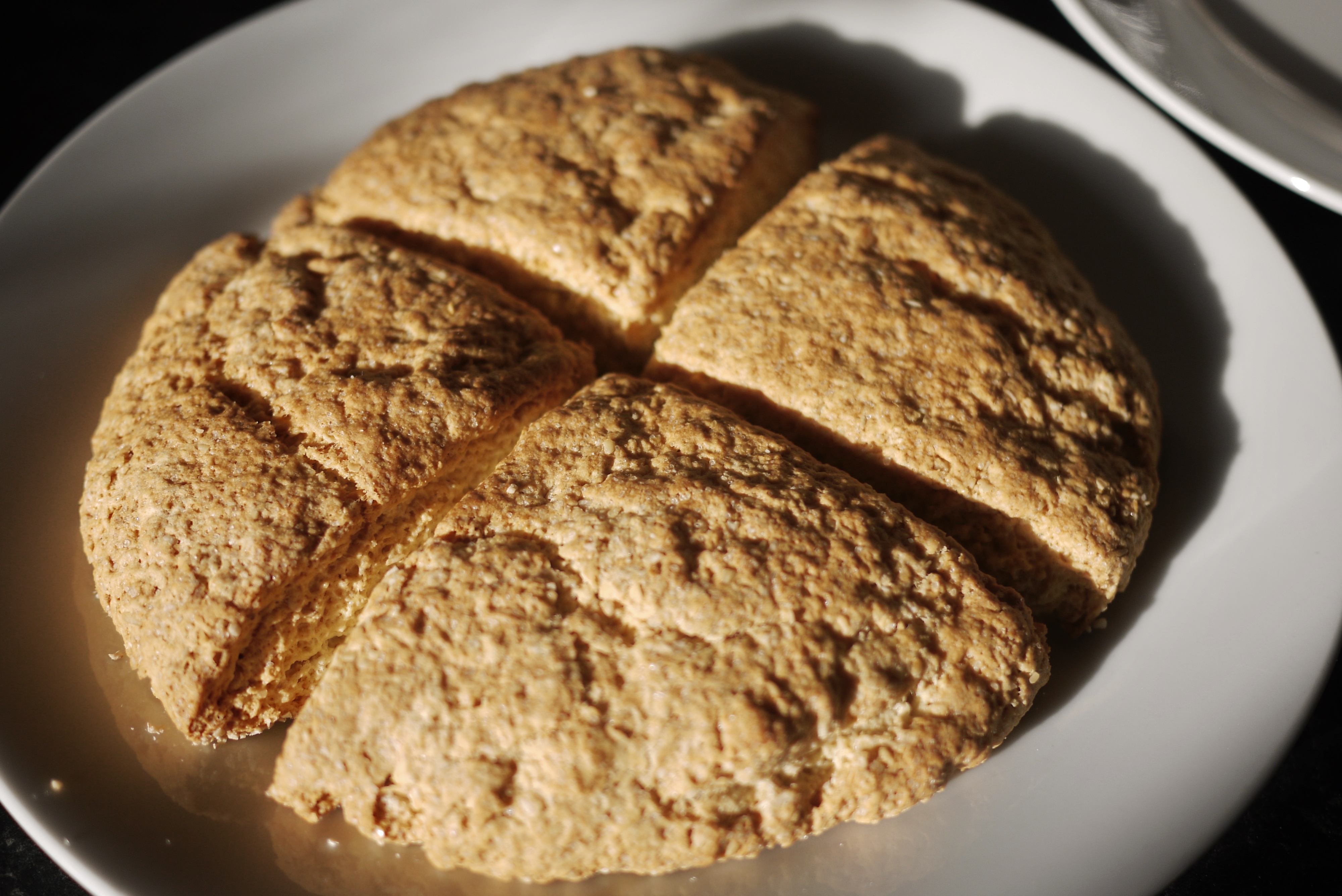 And best laid plans and all that, but we haven't yet managed to obtain a tree (or raised pond), although we now have a picnic table for the patio (although of course, since we got it it's rained nonstop). We're still intending to get a tree, though it may be a little too late in the season now, but as I've improved, physically, I've managed to get out and about a bit at least. On my travels a few weeks ago the hawthorn was just about to come into flower: 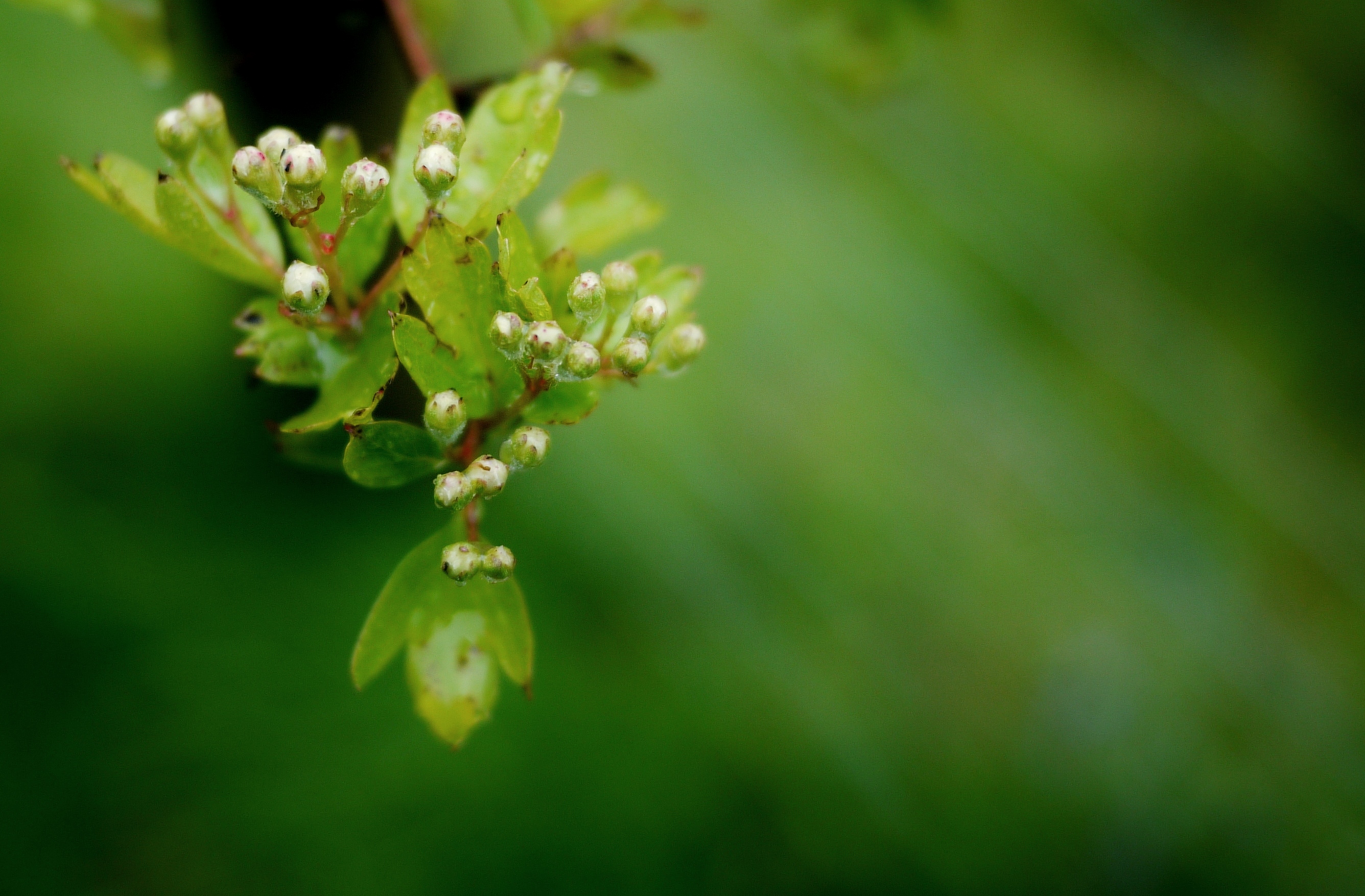 And now its bloom is in full swing. The bluebells are on the wane now, but there's been plenty of it along with the wild garlic, which is extremely fragrant: 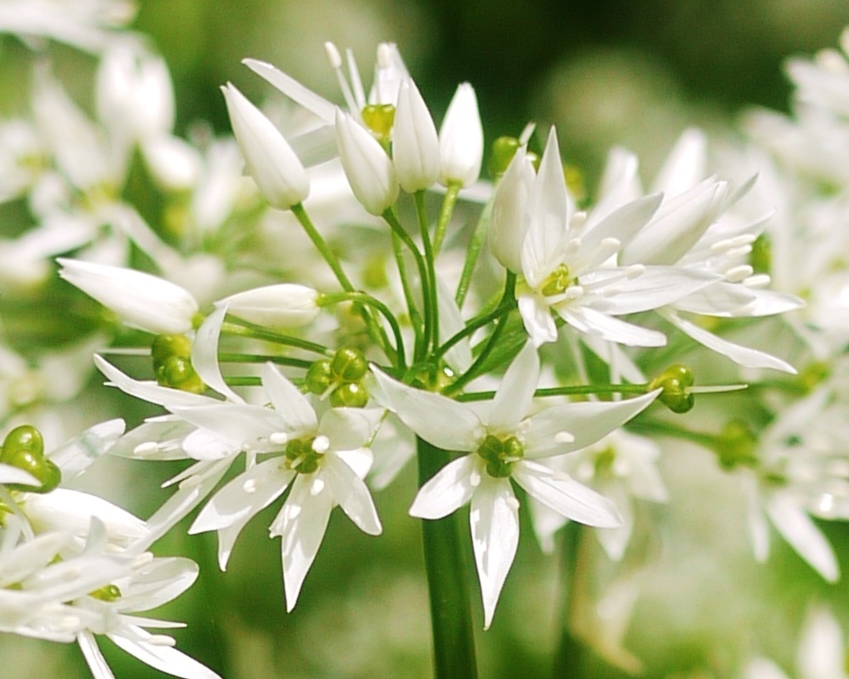 And the red campion is starting to come out in full bloom, too: 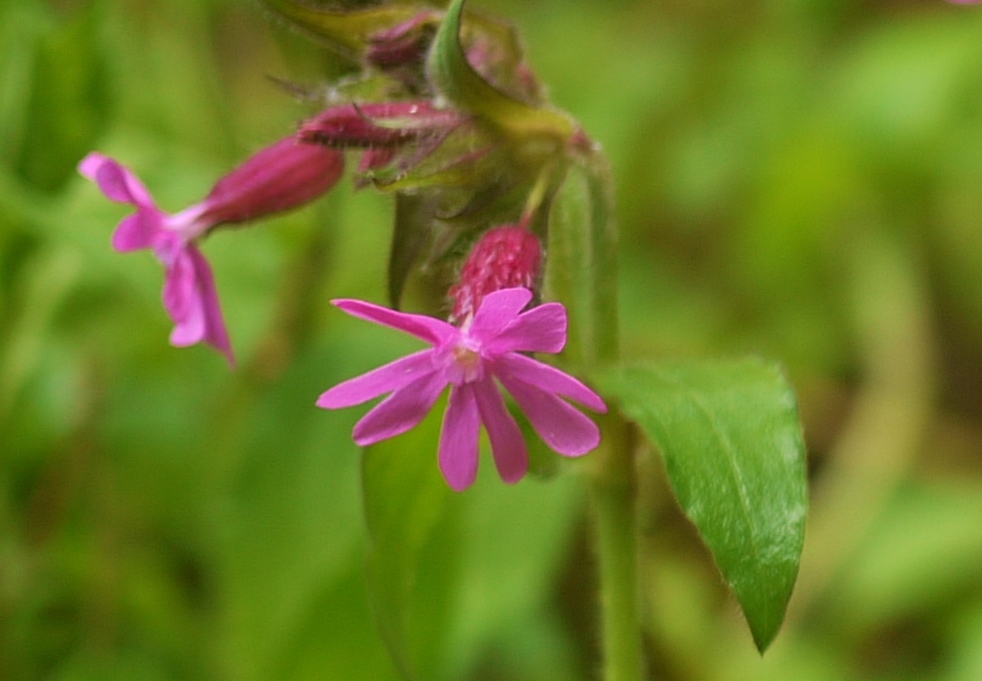 After the loss of our favourite wooded area to logging a few months ago, my travels have gone further afield to find a new spot: 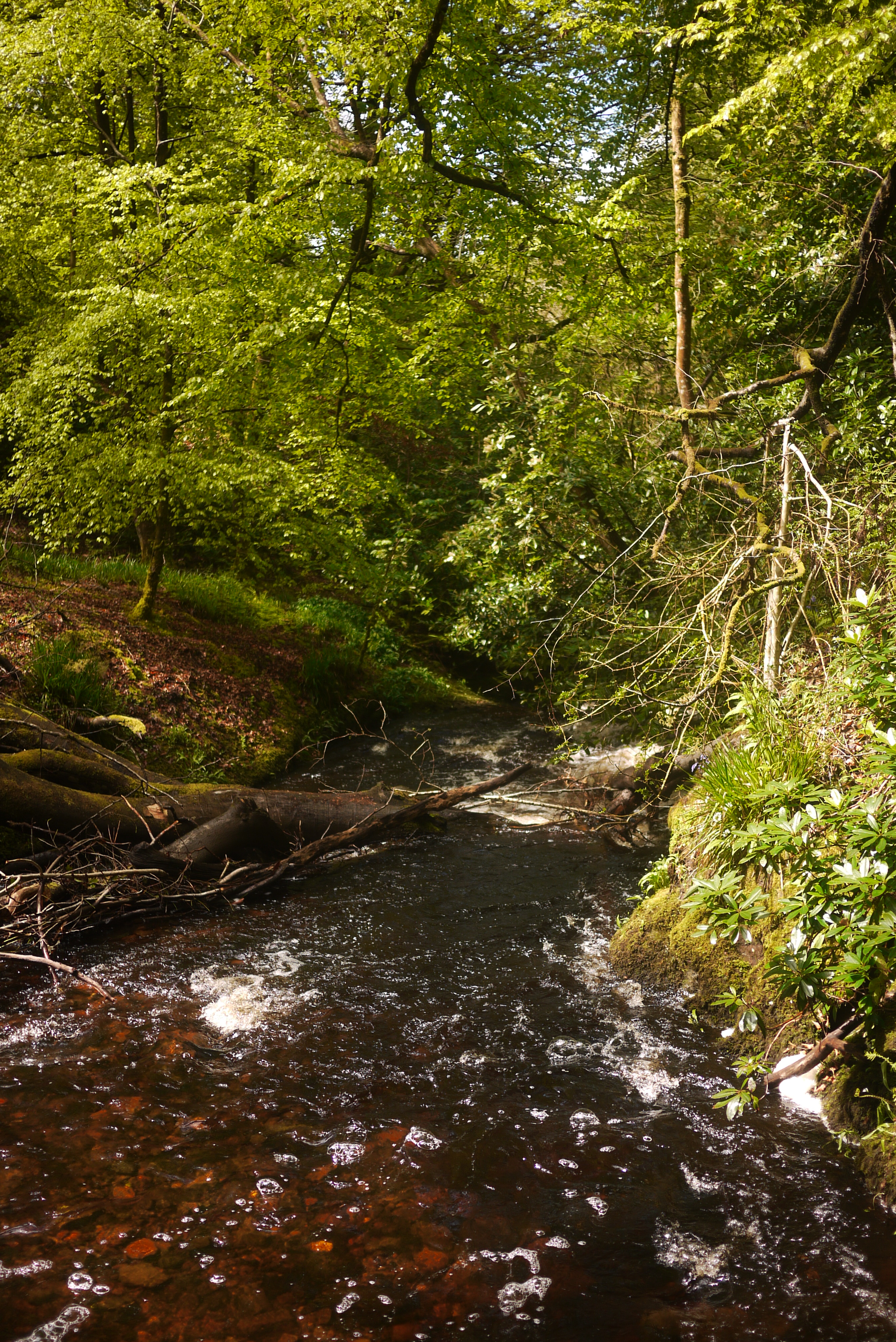 It's a little less remote and peaceful, but beautiful, nonetheless, and there are lots of little wooden bridges over streams that flow into the burn, and plenty of waterfalls: 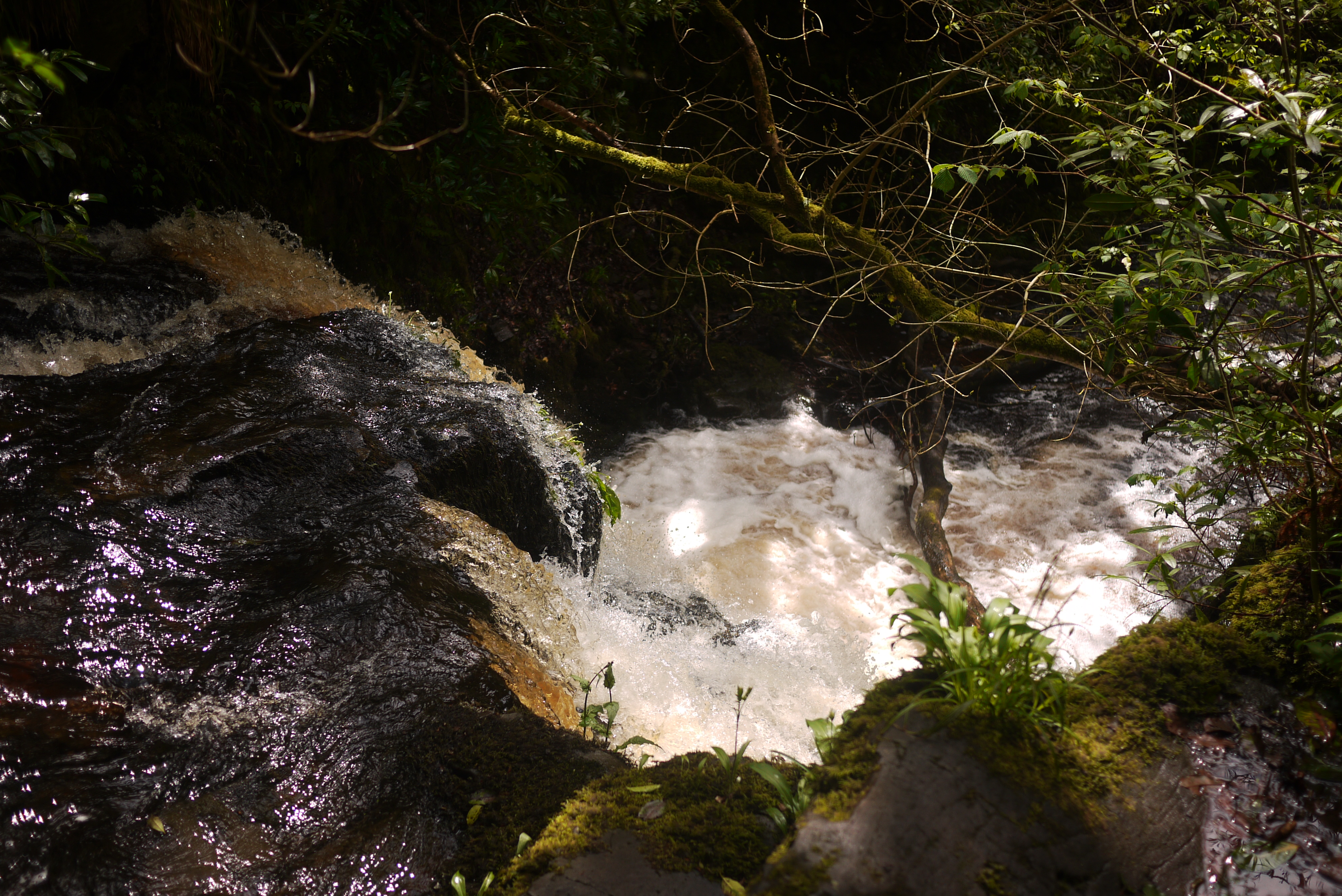 On my way home, the dogs and I stopped in at the beach to make some offerings to Manannán, a sort of belated Bealltainn visit which has unofficially rounded off the celebrations. All in all, I got just about everything I wanted to do done, although I didn't succeed in involving the kids as much as I'd like to have – my drug-addled brain's fault, really, but still. Hopefully our Midsummer celebrations will go more according to plan.
Posted by Seren at 18:13 No comments: