Blue sky is always a novelty here in Scotland - especially on the west coast, that is - but we've been having some glorious blue skies and sunny days recently. I even have a slight sunburn (never a good idea to put sunblock on your own back before going out to mow the lawn...obviously I missed bits). It's sad but true - mild sunburn round these parts actually seems like an achievement.

My husband bought a new lens for his camera recently - a big one, that makes you look like you're a scary stalker or paparazzi (same thing, really). And so of course, with a lens that's perfect for taking wide angle shots of luscious landscapes, the weather turned to interminable grey and dull, with extra midgies for good measure. Typical.

Our planned camping trip has been put on hold for the next few weeks or so - we're probably going to head right up to the far north of Scotland - when hopefully we'll get a window of good weather to accompany us, but with the new lens we're hoping to get some good shots. I've mentioned how I want to go to Tigh nam Bodach (before the developers inevitably move in...) and my dear husband doesn't seem averse to the idea; it's a bit of a trek, but I'm hoping that we'll be able to stop on our way up north.

For now, though, you'll just have to be content with atmospheric shots of round these parts. In amongst the rain and cloud, we've at least had some nice sunsets (you can click them for larger pictures, if you want): 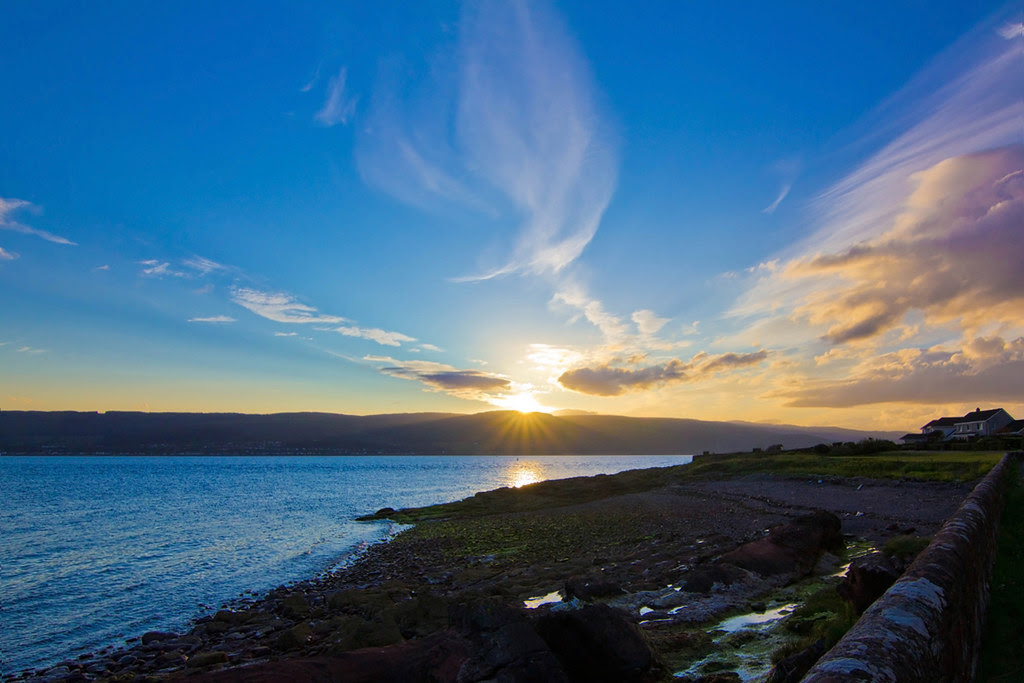 I think this one is my favourite shot, our local beach as above, where I did my Midsummer devotions: 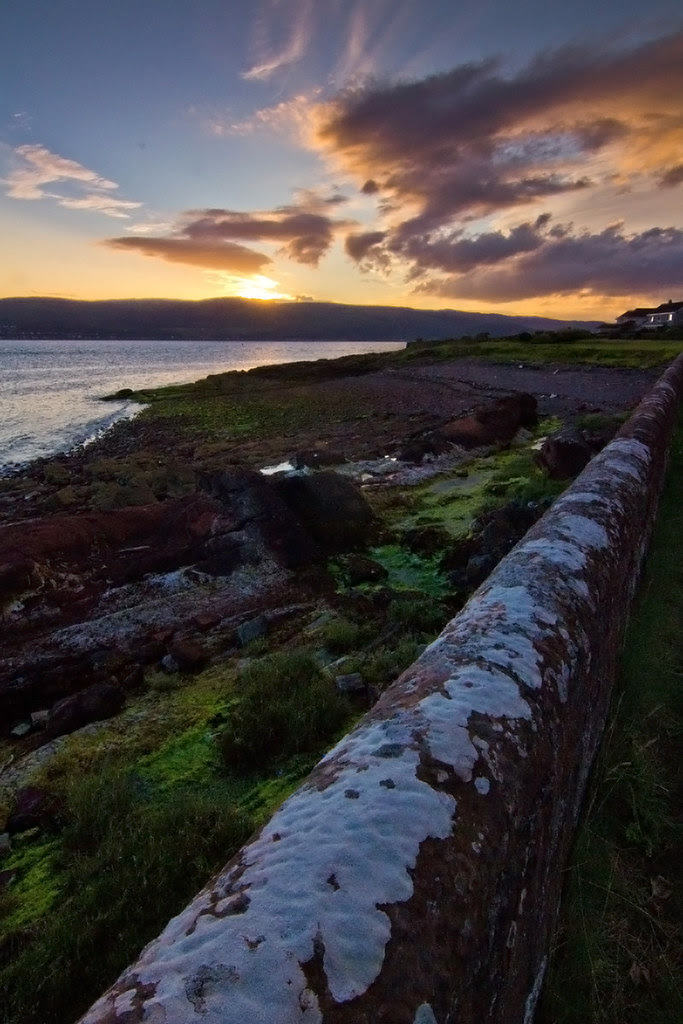 And of course, we can't not have a lighthouse in here at some point...This one's a well-known landmark in the area, the Cloch lighthouse: 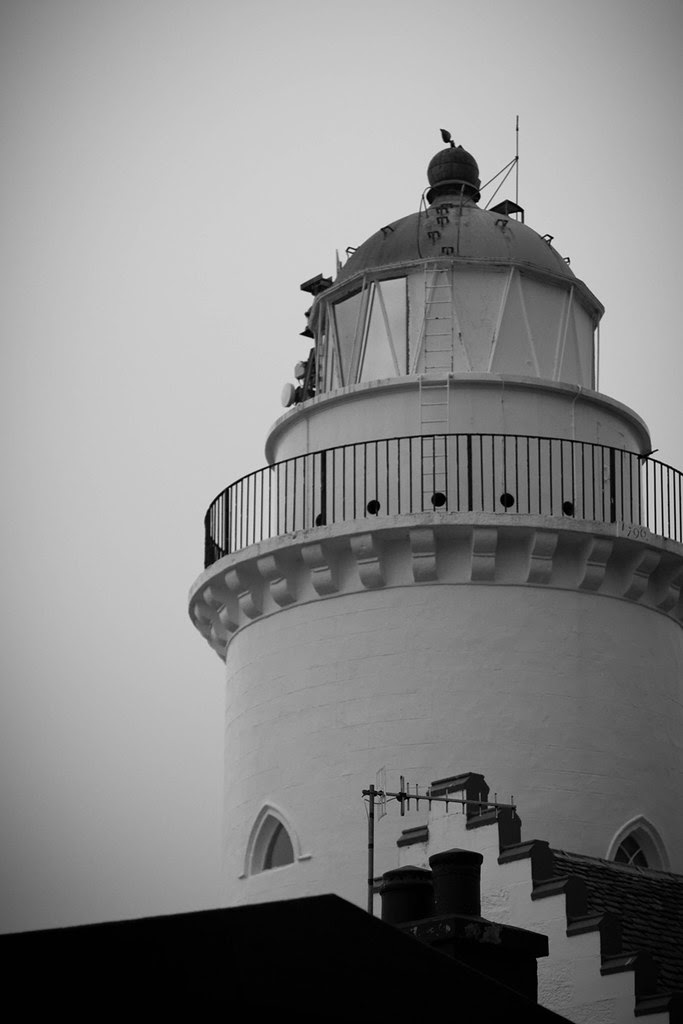 A view of the Clyde at low(ish) tide, with the Holy Loch just off in the distance...You can tell how much rain we've been having by the luscious green grass: 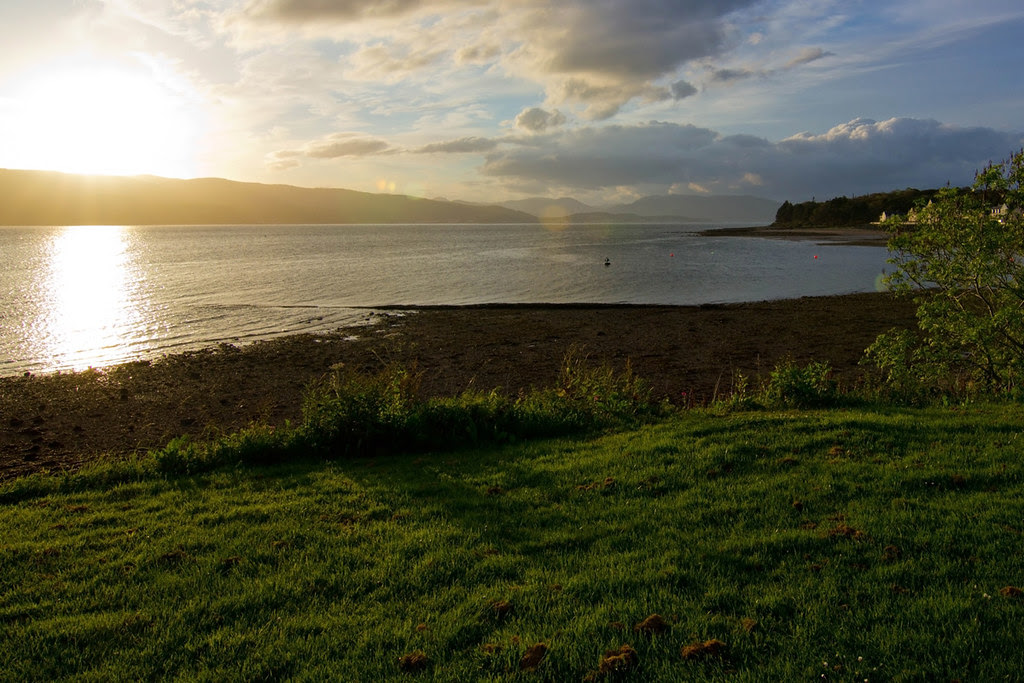 And the last one, Inverkip's war memorial, with Argyll behind it: 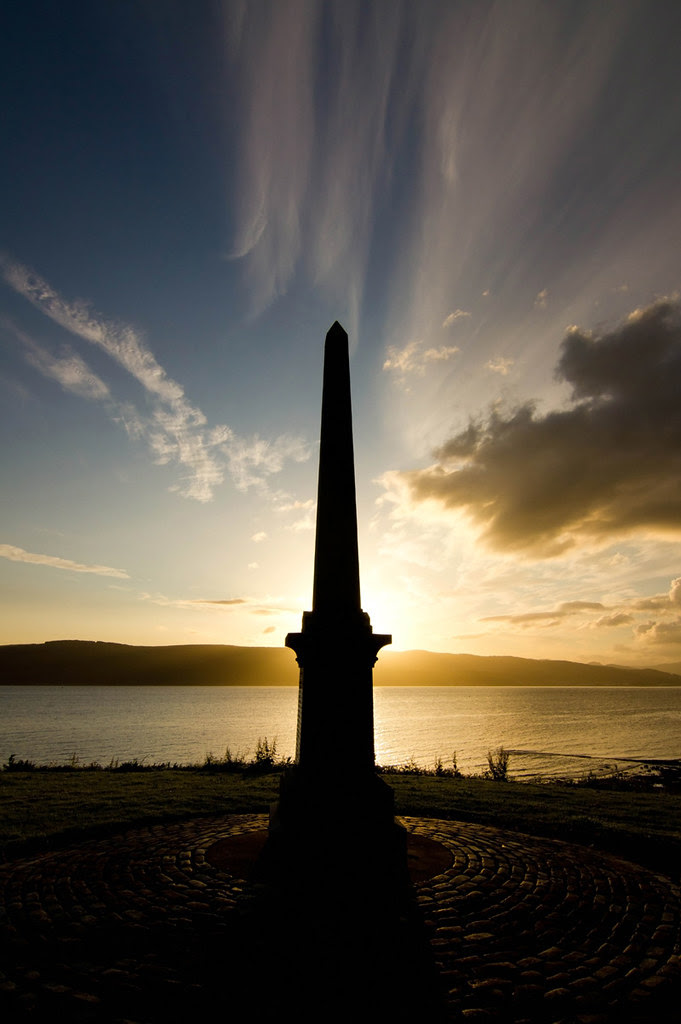