Behold the shiny things (with a surprising amount of penis)... Part two

Some more pics from the National Museum over in Edinburgh, though this time with fewer shiny things per se... We'll start with a statement piece, though: 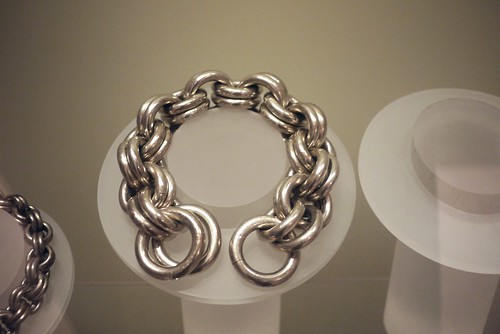 There were quite a few of these in the museum, though unfortunately I didn't spot any of the ones with Pictish symbols engraved on one end. As you might guess, the chains are typically thought to be Pictish in origin, probably dating to around the 5th to 9th centuries CE, and they're more than likely to have been worn by those of high status – not just the aristocracy, but royalty, the information board reckons. Just like the penanular brooches the Gaels wore (like the Tara brooch, for example), they were probably worn as an indication of rank. They were worn around the neck and fastened together with a "terminal link" – the bits that have the Pictish symbols engraved on them, which were originally highlighted with red enamel. Each link is made of solid silver (probably recycled Roman silver), and given the weight of them – up to 2.9 kilos (6.4 lbs) each – it seems unlikely that they were worn as regular, everyday pieces of jewellery. Instead it's thought that they were probably worn "during important ceremonies."

From a slightly earlier period – late Bronze Age – we have the Ballachulish idol: 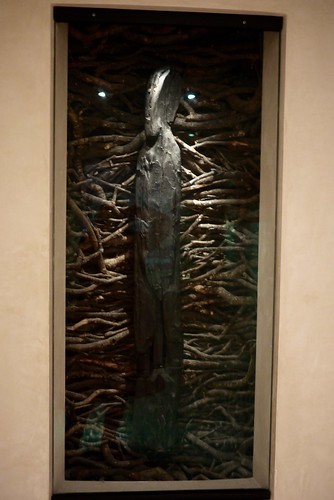 Which is surprisingly huge – I didn't know it was actually life-size... The figure was discovered in a peat bog with the remains of some kind of wickerwork structure covering it. The site is situated overlooking a sea loch, so it's thought that the figure was meant to represent a goddess of some sort, "probably associated with fertility" – she's holding a "phallic object over her abdomen" so yeah, OK. I think equally the situation of it, overlooking the sea loch, could imply a protective purpose as well?

If you get up close then you can see the quartz pebbles that have been used for her eyes: 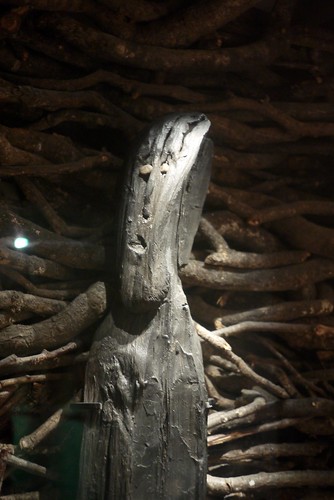 Given the long association of white quartz with the dead, could their use be significant? Or were they just convenient?

Speaking of phallic object, the museum has a surprising number of them. You can blame the Romans for this one: 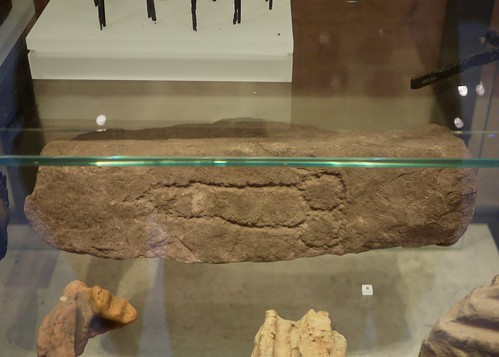 It's described as "an undressed stone with carved phallus, Birrens," on the information plate, and dates to the first century CE.

You can blame the Romans for these ones, too: 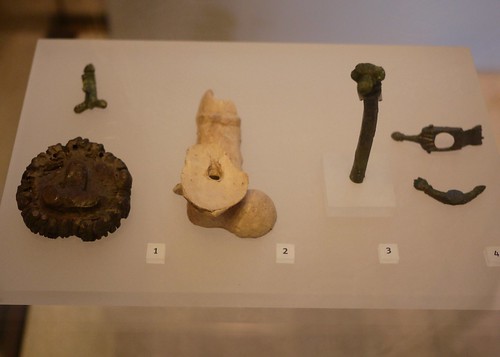 These are pretty small, and were used as amulets to ward against the evil eye, or perhaps as fertility charms.

Here we have some "mysterious stones" from Neolithic Skara Brae, one of which looks pretty penile at the least: 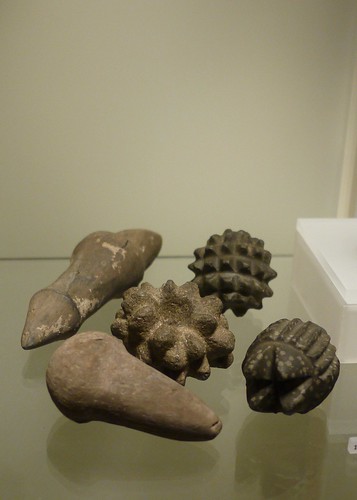 We don't know what these stones were for – maybe "ritual," perhaps simply decorative – but number 13 here is one of the better known examples: 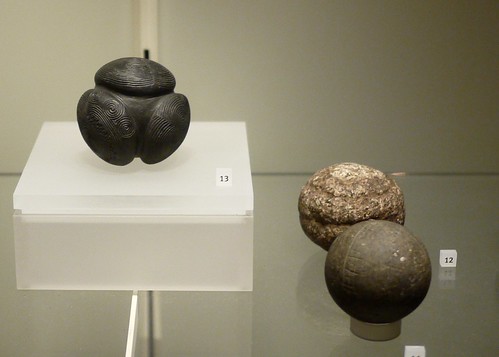 I couldn't get a good close up, unfortunately, but the detailing is spectacular.

Finally, here we have an unusual carved stone, known as the Bullion Stone (taking its name from where it was found, Bullion, in Angus), which dates to around the tenth century CE: 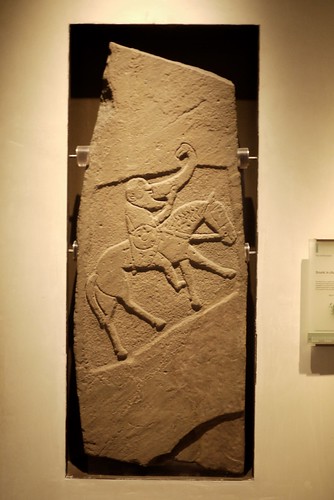 It's unusual because it's not often that you find stones that have a comical or unflattering tone to them like this one does, and by this point in time carved stones were almost exclusively Christian in its symbolism. Clearly whoever this guy is, he's a little worse for wear and the bird's head on the end of his over-sized drinking horn is looking a little judgemental there. The man appears to be a warrior, with his shield, but he's old and bald – not a flattering look when baldness wasn't considered to be a desirable trait. His horse looks tired and is maybe a little past it, too, as it plods up the steep hill. The drinking horn is maybe intended to indicate a Norseman here, since they introduced them to Scotland, hence the unflattering imagery?