Stuff and things in the garden

As Bealltainn approaches I've had a mind to get the house and garden ready. For once, I'd like to be on top of things instead of having to do a mad dash at the last minute. Seeing as the garden's been somewhat neglected in recent years there's been a fair bit to do...

Is something of a digger. So in spite of my initial plans to plant some vegetables this year it seemed a little pointless seeing as the remainder of the grow bags I've been using are now in something of a state -- age and Oscar combined have had their way. So instead I've decided to recycle the remainder of the compost and try to condition the soil in the flowerbeds a little, and try to save the few strawberry plants that have miraculously clung onto life after Oscar rehomed them on the ground. I managed to mow the lawn without breaking myself as well, which is no mean feat for me.

Things are a little overgrown in the flowerbed so I've tried to tidy things up a little without overdoing it. Which mainly involves throwing compost over the weeds and pretending it's all neat and tidy now... But the raspberries, blueberries and blackcurrants seem to be springing to life again without my help, and while the primroses seem to have suffered somewhat, the cowslips are blooming: 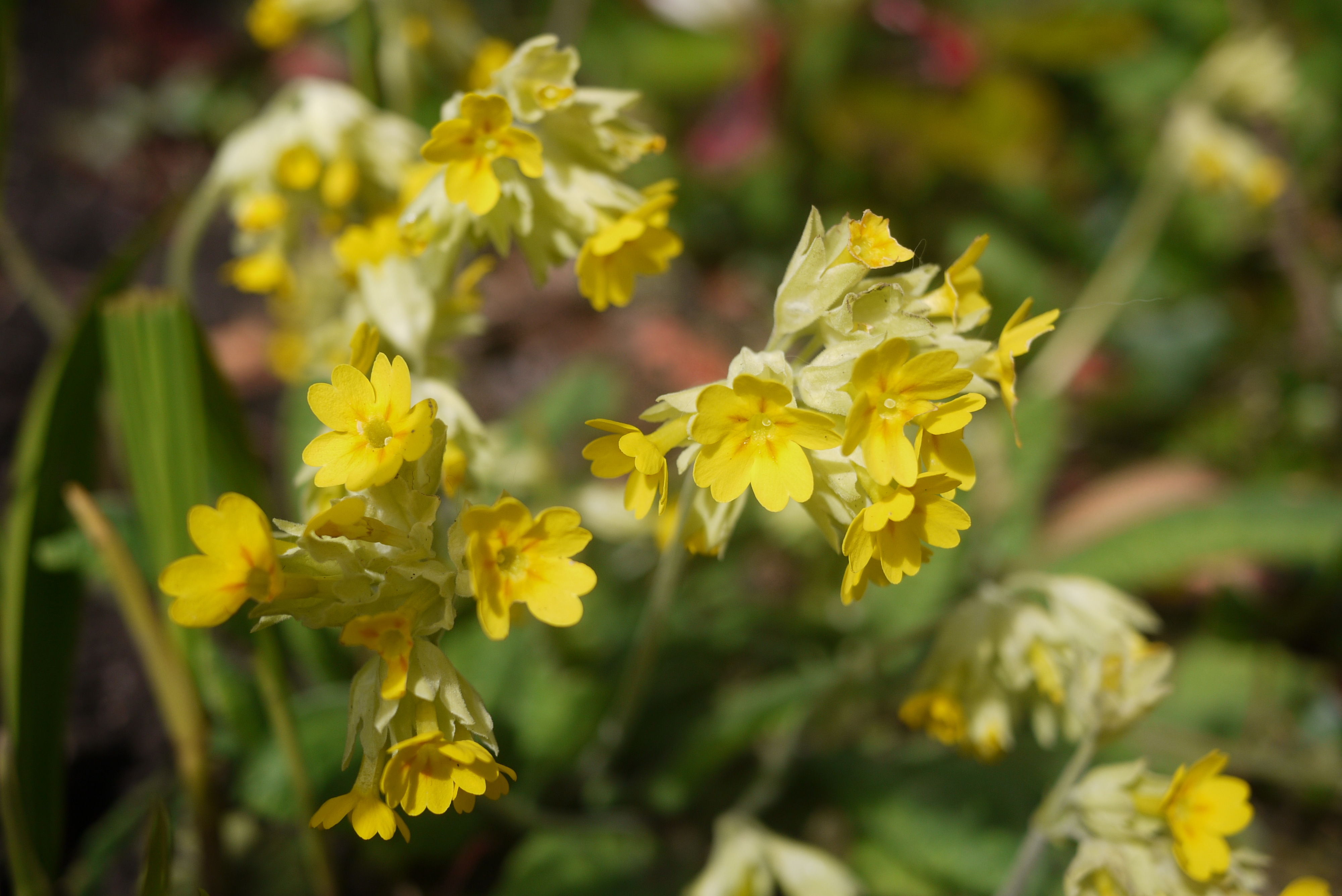 The rowan might be blooming in time for Bealltainn this year: 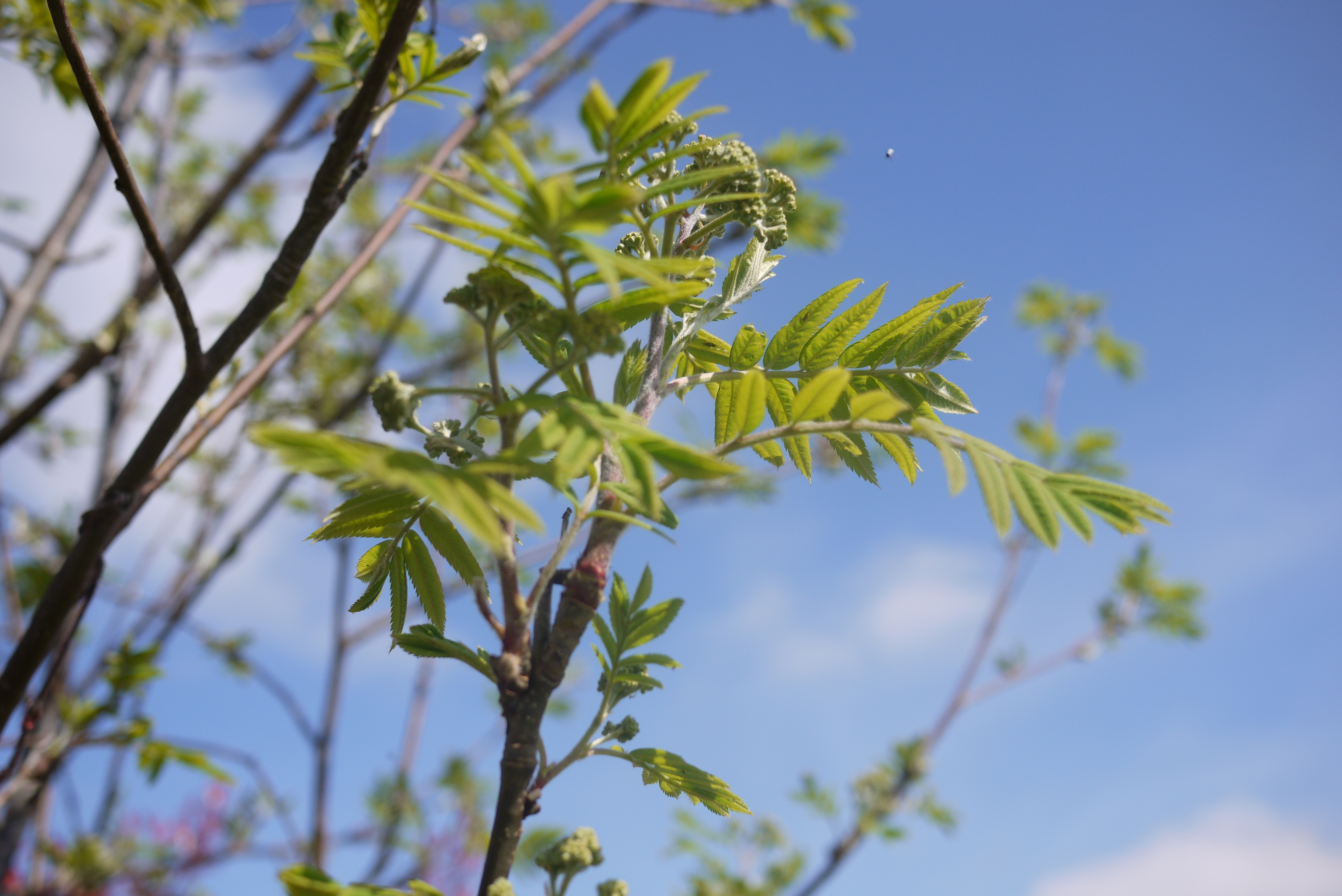 After a trip down to England to visit my sister and her family, Rosie's decided we need a pond like they have (but BIGGER), so instead of replacing the veg containers we might concentrate on that instead -- a raised pond (we don't have the soil depth to dig a proper one, and I don't envisage Mr Seren going outside for any length of time to dig one anyway. The sun. It burns the precious...). There's a rush plant that needs rehoming, and we could put some other plants in as well, with some sturdier pots planted with some bee-friendly plants to give some foliage around it, perhaps. Hopefully it will give a nice outdoor space for devotional work, too, although Rosie's already had the idea that instead of a pond, per se, maybe we could just recreate the whole of the well at Kildare in our garden... 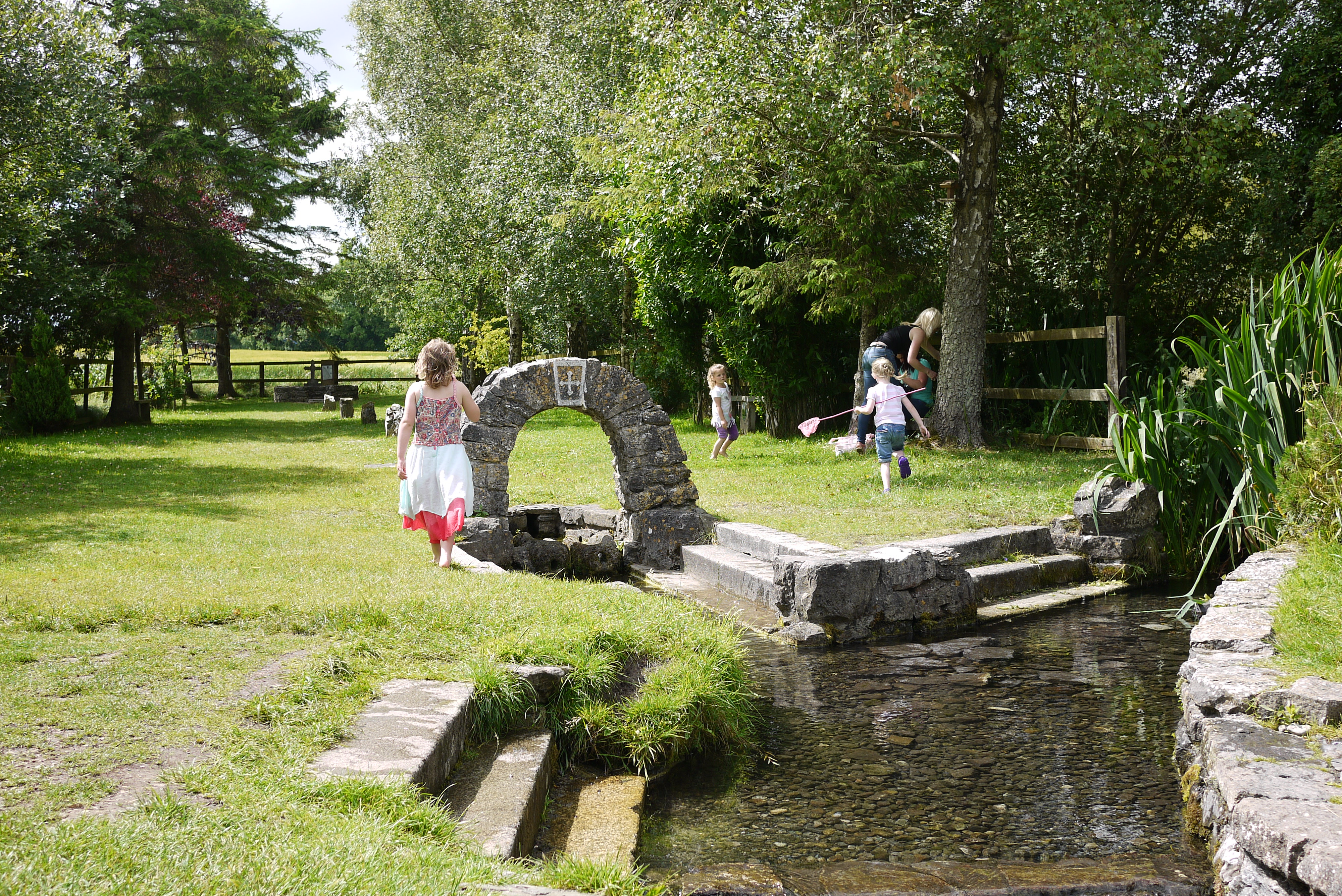 Umm. No. Much as I'd love that, it's a little beyond our budget.

But after discussing things with the kids, we've decided we want to put in a new tree as well. A fruit tree, like a plum tree. When I was a kid, I grew up in a house with a pretty big garden that had been part of an orchard before the houses were built there and we had a champagne apple tree, two Victoria plums, a yellow plum (that I can't remember the name of) tree, and a damson tree (or bush?). Every autumn we'd fill up bags and bags with the plums from the tree and we'd end up giving them away because we had more than we knew what to do with. Sometimes people would come into the garden at night to steal them... But I miss having that (the fruit, not so much the thieves), and the kids like the idea of free fruit. So why not.

So big plans are ahead, tidying the garden has been continuing apace. And it was all going so well until Exhibit A decided to join us on a walkies when he wasn't invited -- I was supposed to be taking Tom to Judo and Oscar shot out of the house as we were about to go. After running half way up the road and having a sniff around inside someone's garage (the owner was very understanding, thankfully), we managed to corner him and grab him by the collar, and I had to carry the wee sod back home. My back is none too happy about this, although on the upside I have some lovely drugs making me feel extremely relaxed right now. On the downside, I was supposed to be doing my civic part in a few weeks time by serving jury duty and I'm having to excuse myself now.

So it seems that Bealltainn will probably be a simple affair for us again this year. I was planning on doing a roast lamb with some bannocks and a bit of veg and we were going to churn some butter, make some decorations and rowan charms, sain the house, maybe get a tree in time to plant it. The minions kids will be able to help a bit more now so we'll see just how much we get done.
Posted by Seren at 14:32 No comments: