Links and things for Samhainn 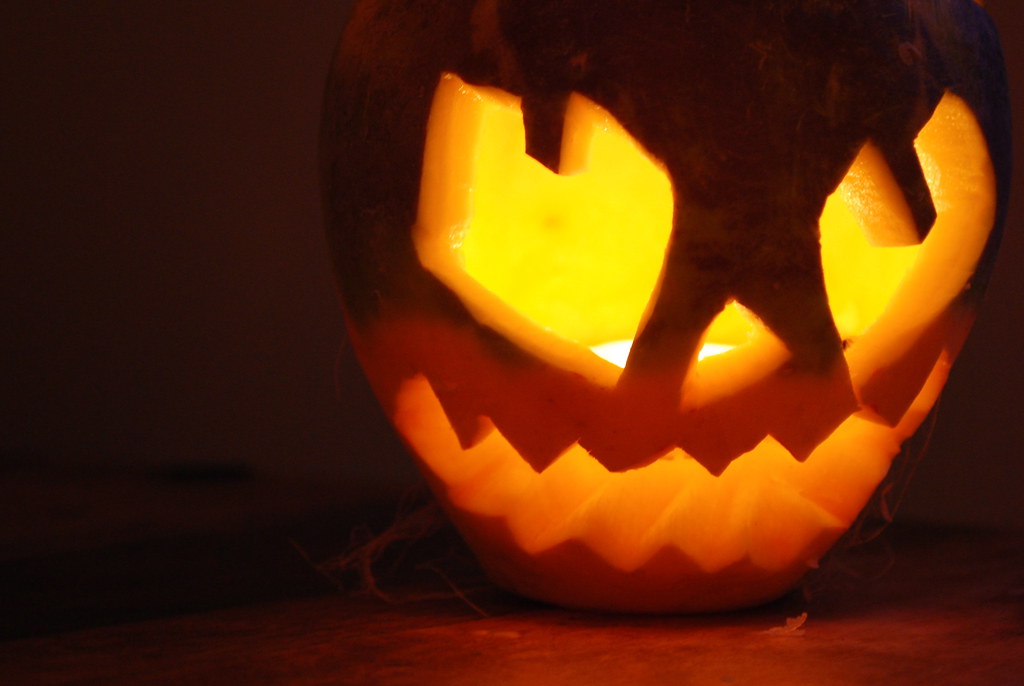 Seeing as I didn't get around to doing one of these this time last year, I figured I'd make up for it now...

Before we get into the links, I thought maybe it would be good to clear up a few things. Samain is the Old Irish spelling; Samhain is modern Irish or Gaelic (Gàidhlig/Scottish Gaelic). In Gaelic, you might also see the spelling Samhainn or Samhuinn, the latter being the "old" way of spelling it (Gaelic orthography was overhauled and modernised in the 70s, so spellings became more consistent).

Samhain can refer to the month of November – mi na Samhna or Samhain in Irish, or an t-Samhain in modern Gaelic, for example (click on the links for audio files; note that the pronunciation differs according to dialect). You might see claims that it's incorrect to refer to the festival as "Samhain" because that's the name for the month, not the festival itself, and instead, more specific names should be used – Oíche Shamhna ("Samhain Eve" – the eve of October 31st) and Lá Samhna (the day itself, November 1st) in Irish, or Oidhche Shamhna and Là Samhna in Gaelic. This is true; these are the specific terms that refer to the specific eve/day that's celebrated today as Hallowe'en and you should probably use them if that's what you're talking about specifically. But... As we see in the myths, "Samhain" is used to refer to the festival (in a pre-Christian context), and that's an entirely valid way of referring to the festival in that sense. The reason it's used this way in the myths is probably because the festival was originally celebrated over several days – some sources say three days and nights, others suggest the festival was up to a week long, so it's not just referring to a particular day or night. In context, it's clear that the festival is being referred to, not the month in general, so it's fine to use "Samhain" as a shorthand for the festival. It is good to bear in mind who you might be speaking to and what you're specifically talking about, though. Sometimes, in the context of a conversation, you might want to use the modern terminology rather than the shorthand.

So now we've got the terms out the way, let's look at what Samhainn is all about and what you can do to celebrate it.

As usual let's start with a video! This is Gaol Naofa's most watched video on our Youtube channel, which just goes to show how popular the festival is. Here you'll find just about everything you need to know to get started:


If you'd prefer a little light reading, then how about starting with some articles from Tairis?


You've probably heard that Samhain is "the Celtic New Year," but is it really? Where does that idea come from, exactly? Very probably it comes from the nineteenth century antiquarian John Rhys (with a little help from some friends), and I've outlined the evidence I've found so far about that in The New Year. Your interpretation may vary...

Feasting is a huge part of the celebrations, and of course it's a time for divination, games, and giving out treats to guisers. Some of the divination "games" that are played (or performed, if you prefer) involve the use of traditional dishes, including:


Though if you prefer a basic sponge cake works well for the charms, too.

Protective rites are an important part of the proceedings at Samhainn and the Irish Parshell cross is traditionally made and hung over the threshold to protect the occupants of the house. If you keep livestock, you can make one for the barn or stables, too. A Scottish tradition sees a special bannock being baked and then thrown, piece by piece, over the shoulder as an offering to dangerous or evil spirits as a means of keeping them at bay.

Guising, mummers plays and strawboys are also an important part of Samhainn traditions, and also have a protective tone. You can find out more about them in Ireland here. Typically guising (kids going around in disguise collecting treats from neighbours) – which can be seen as the precursor of modern-day trick-or-treating – involves the performance of a piece of entertainment to "earn" a treat. The trick, if necessary, is traditionally done later, in secret. There are lots of traditional songs or rhymes that are associated with guising, but jokes are acceptable, too.

If you'd like your kids to get into the spirit of things and learn some traditional songs, here's one example, called Oíche Shamhna, Oíche Shamhna – sung to the tune of "Frère Jacques" (video included at the link).

Finally! Here's a link not directly relevant to Samhain celebrations per se, but it's a wonderful write-up of a trip to Tigh na Cailliche (a place very dear to my heart!), from Scott at Cailleach's Herbarium. According to tradition, the stones at the shrine (which are said to represent the Cailleach and her family) are brought out from the shrine every Bealltainn and put away inside for the winter, at Samhainn, so now's the perfect time to read all about it!