Sometimes things don't quite work out as you hoped. It's not like it's a total disaster, really, but the image you have in your head doesn't quite translate into what you end up with what's in front of you. You visualise a triumph of culinary delight...

To back up a little, I decided (and mentioned in the links post I did for Là Fhèill Mìcheil) to have a go at making a different version of the Strùthan Mhìcheil than I've done before. Here's one I made earlier: 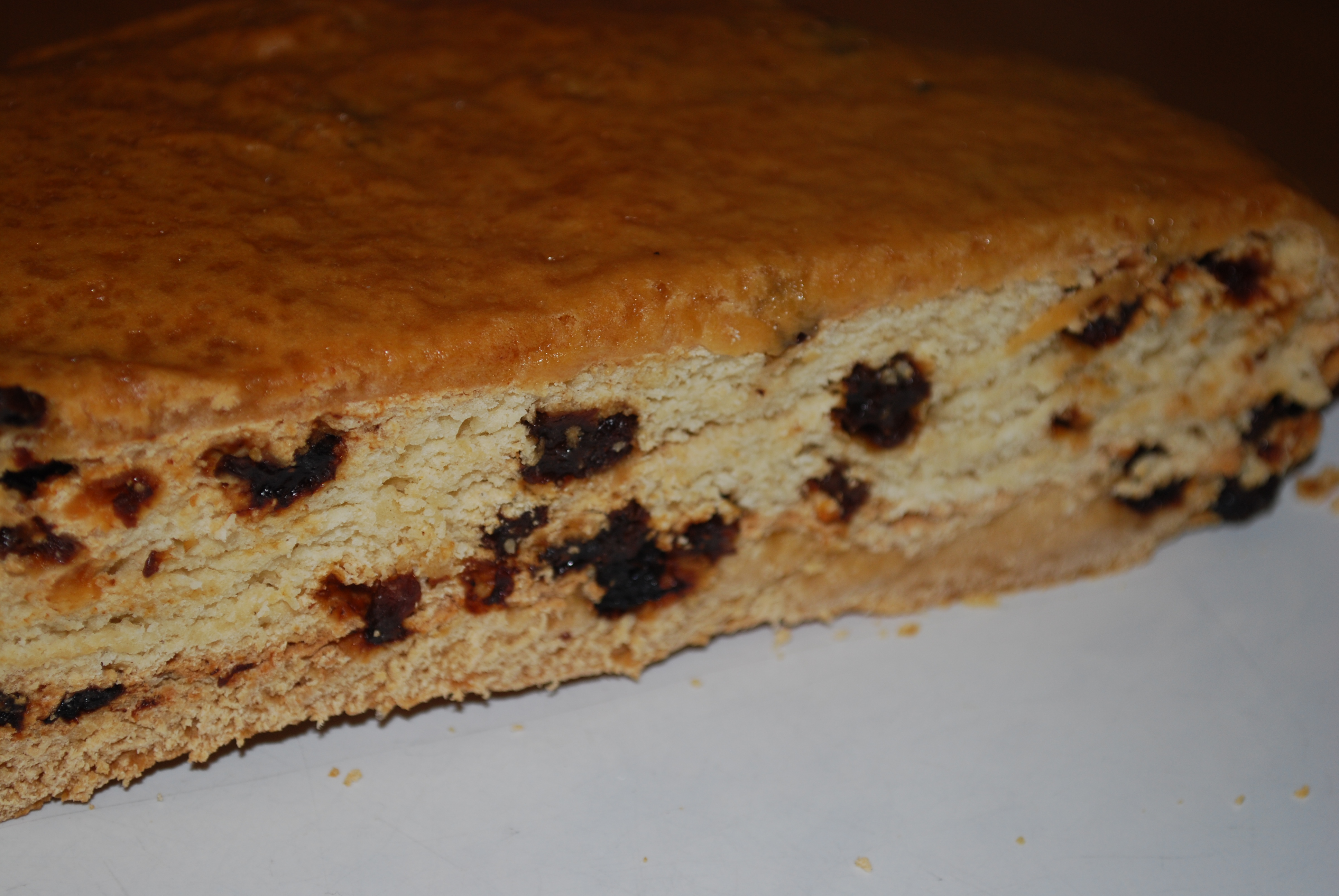 It's a very dense bannock because it doesn't have any butter in it, and the caudle topping was very thick so I was able to spread it on and it stayed put. This one above was the large one, but I made individual ones as well: 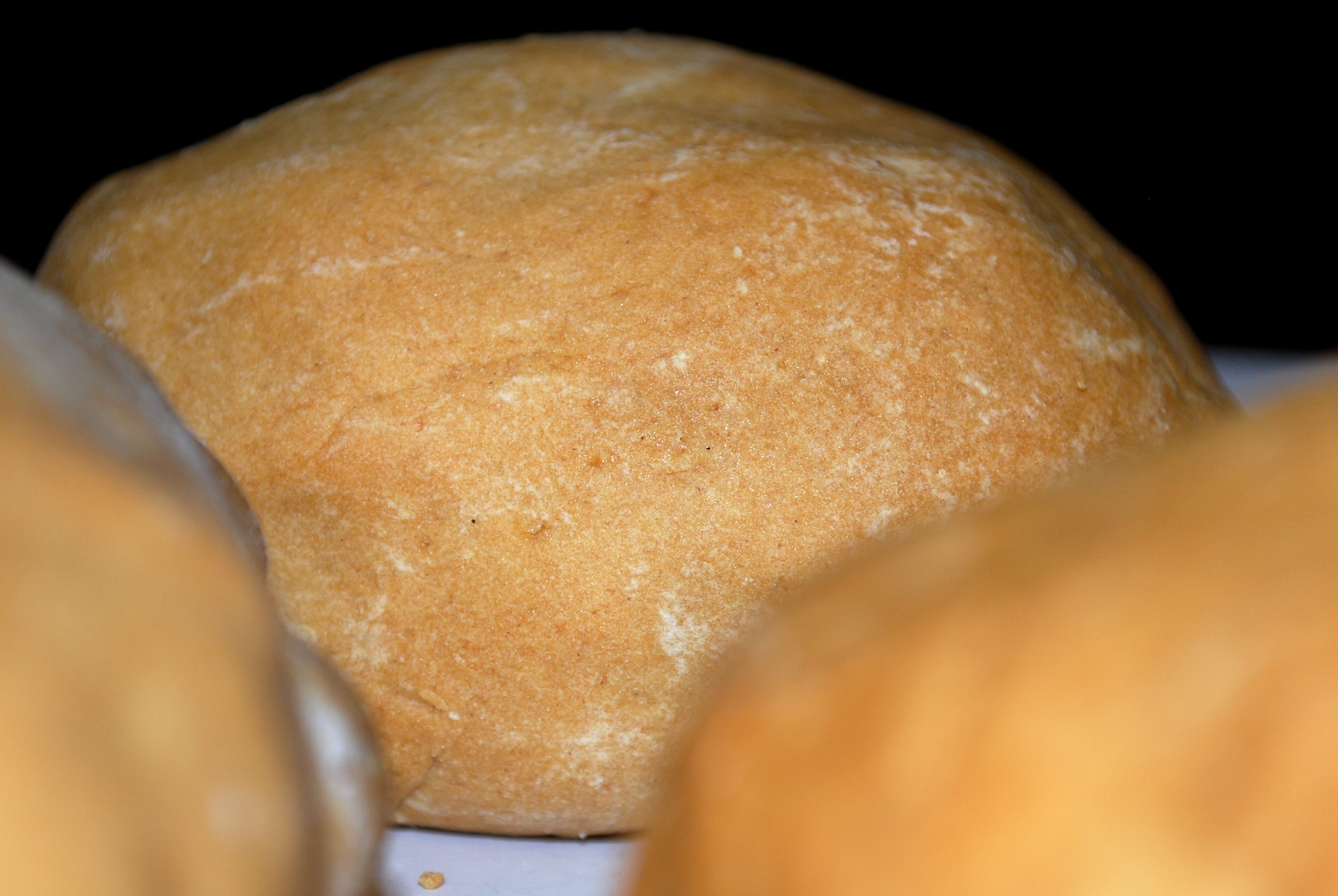 Which turned out rather neatly.

The recipe I used for the most recent batch is here, and it kind of requires a certain level of psychism to actually figure out how to make it. For one, there aren't any instructions on how to make the bannock itself, but seeing as it was referred to as a scone I made it like that – rubbed the butter and flour together into fine breadcrumbs, then mixed in the rest to make the dough. I didn't need nearly as much milk as the recipe suggested – I'd say I used half a pint, if that. That part turned out really well – it's much lighter than the ones I've tried previously (because of the addition of butter), which tend to be rather solid and chewy if you don't eat them right out of the oven, so I'll do this version again, for sure. Although in future I think I'll use dried fruit rather than caraway.

Like the ones I've done before, I opted to use golden syrup rather than treacle for the topping, although technically it does call for treacle (black syrup); I find treacle has a rather heavy, bitter taste that overwhelms my tastebuds, so I prefer golden syrup over all. With this version, the topping is more like a proper caudle, involving eggs and milk, whereas the previous version I've tried only has a little milk and no egg at all. For this version, though, t's not entirely clear how thick the caudle topping should be, so I had to guess, and suffice it to say as far as the consistency of the topping goes, I'm pretty sure I guessed wrong: 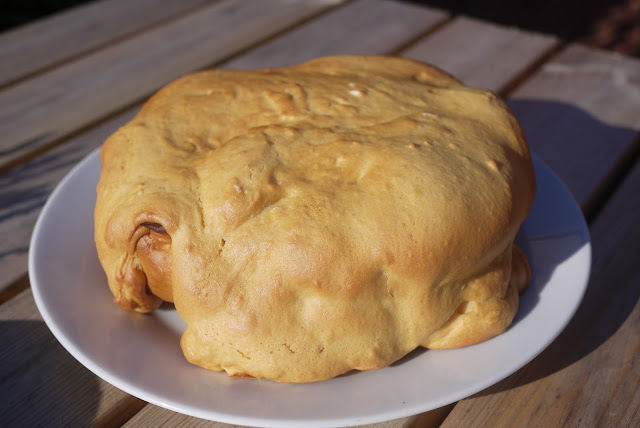 Treacle and golden syrup have about the same consistency so I don't think switching from one to the other had much to do with it. The recipe suggested adding more flour to the mixture if it seemed too runny, and I did – about half the amount of flour again, and even then I was worried it was too runny. I think I could've doubled the flour and it would've still been a little on the runny side. Too runny to end up with something "pretty," I suppose, anyway, assuming it's not supposed to ooze all over your oven (I'm fairly sure it isn't but I could be wrong...). The individual bannocks I made – one for each of us, and each bannock blessed – all ended up oozing together.

But damn the topping tastes good. Frankly, I could happily just make it by itself and sod the bannock...

For my tastebuds it didn't really compliment the caraway flavour in the scone (I didn't put much in at all – caraway's a very strong flavour, but perhaps I over-did it anyway – although then again, with the heavier flavour of treacle I imagine they'd work together a lot better) but I definitely think with fruit instead of caraway it would work nicely.

Rosie wasn't overly keen on the scone part, but Tom and Mr Seren really enjoyed it. Mr Seren would sidle into the kitchen and wonder if there was any of that "weird bannock scone thing" left. The kids decided, hopefully, that some extra syrup or honey drizzled on top of the scone part would Make It Better, but Speaking As A Mother, I vetoed that idea on the grounds of too much sugar, thankyouverymuch. Maybe next time.